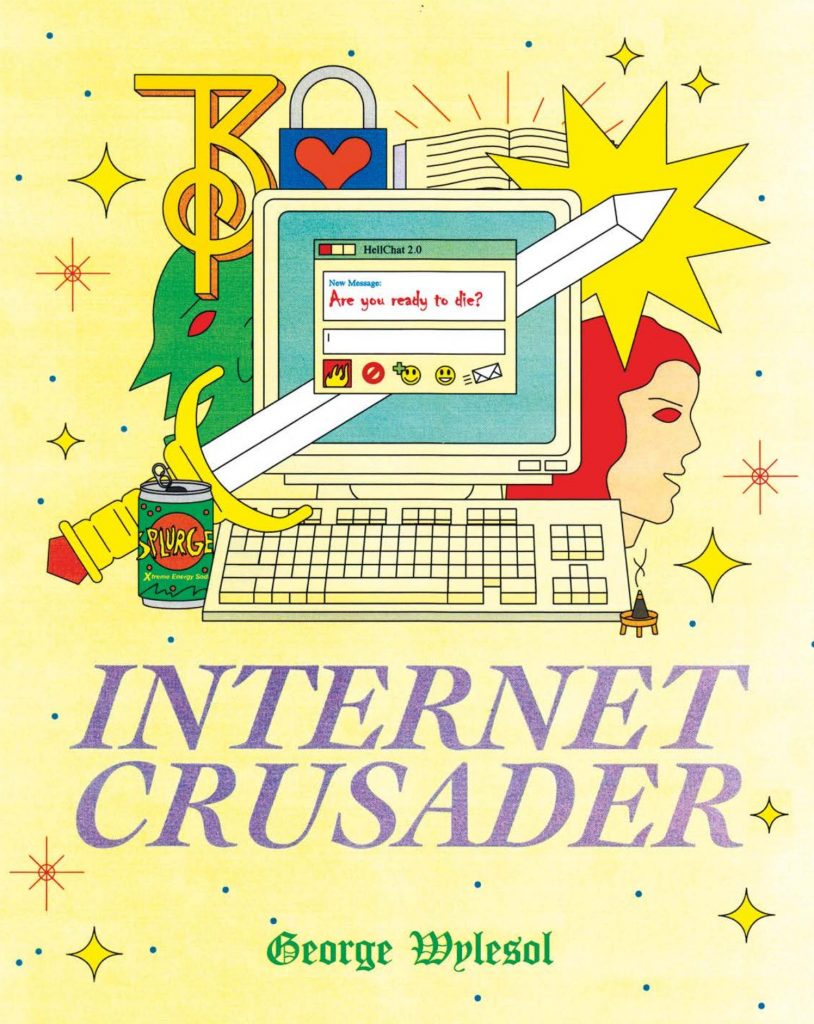 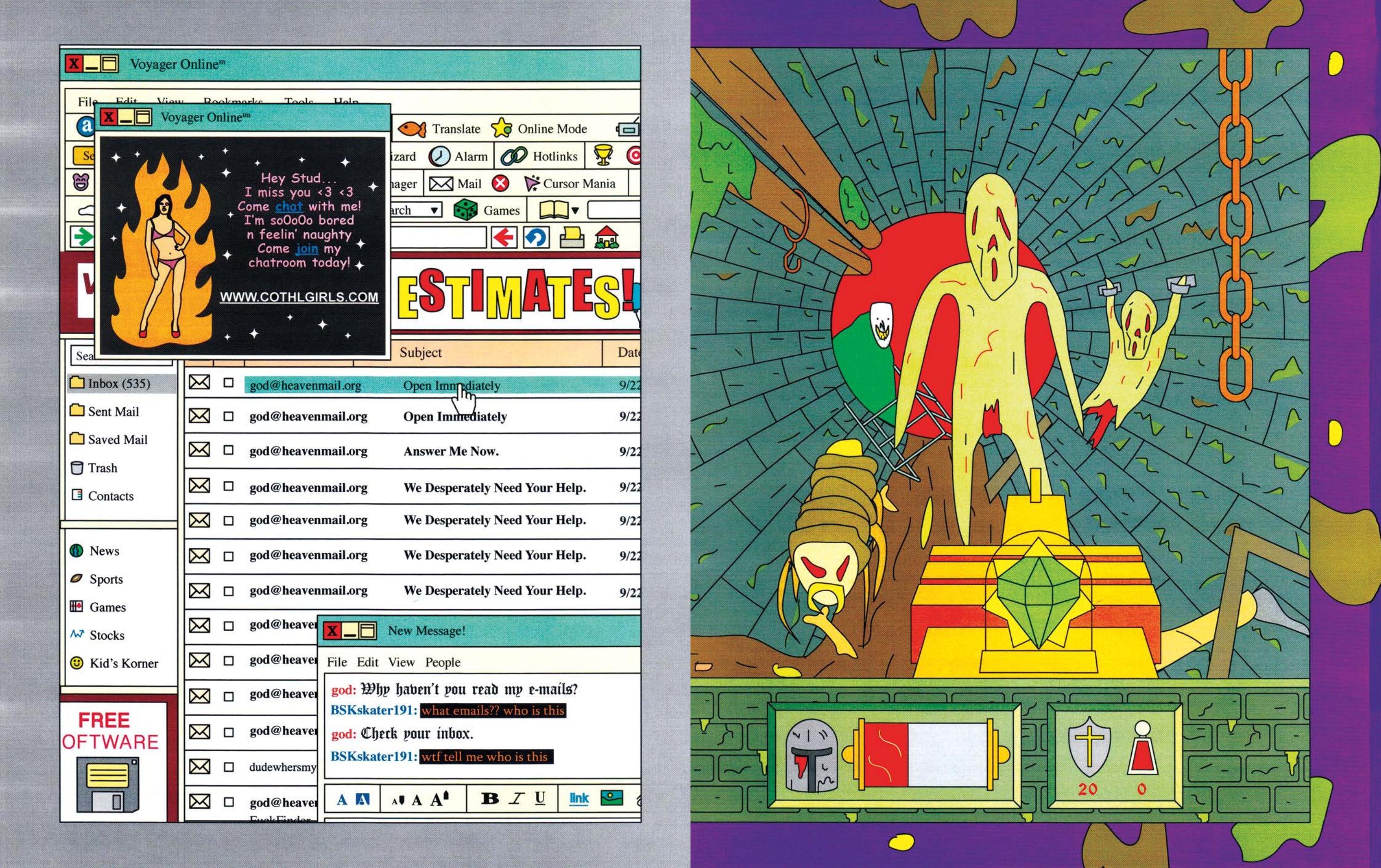 George Wylesol presents this as consecutive pages of BSKskater191’s desktop screen as he interacts with his few friends and pursues his interests, the multiple windows he keeps open narratively linked in a clever way. BSKskater191 updates a daily blog shredding anyone who’s pissed him off, his status constantly given as bored, and as this predates ad blockers, pop-ups galore infect his screen time, many generated by a nutty church that conned his details from him with the promise of porn. This hilarious time capsule suddenly becomes serious when BSKskater191 is messaged by God, and the title begins to make sense.

Internet Crusader shares some themes with Wylesol’s previous work Ghosts, Etc, not least that someone’s always watching over our shoulder, very literally presented as the screens we see as BSKskater191 surfs. There’s also the sense of something out of reach, something beyond what we experience. What separates this from earlier work is the laugh out loud moments. There was certainly some wry comedy to Ghosts, Etc but in places this is hilarious. Start guessing now at what BSKskater191’s mother’s password is. Additionally, Wylesol’s very successful in evoking the freedom of the early internet. We don’t know much about BSKskater191 as he actually is, but become intimate with his brash online personality, with the occasional insecurity showing through.

A third of the way through a new narrative point manifests as BSKskater191 begins a first person demon-slaughtering game, and Wylesol’s attention to detail indicates many hours wasted when younger on similar games. The screens switch more rapidly, spreads the order of the day as BSKskater191 shreds his way through the levels upgrading his weapons and capabilities efficiently enough for the reader to consider pausing themselves, to take an online search for that Doom emulator. Wylesol has a firm sense of pacing, and pretty well every time the thought occurs that he’s short changing the plot by successive game spreads he’ll refresh with messages superimposed over the screens. While BSKskater191 isn’t convinced he’s dealing with God and Satan, Wylesol ensures we are, which adds a new level of hilarity to his messages back and forth, as do the repeated session expiry warnings.

Wylesol’s still taking a conceptual approach to his comics, but this successful period evocation and injection of humour raises that to a new level. It’s great.