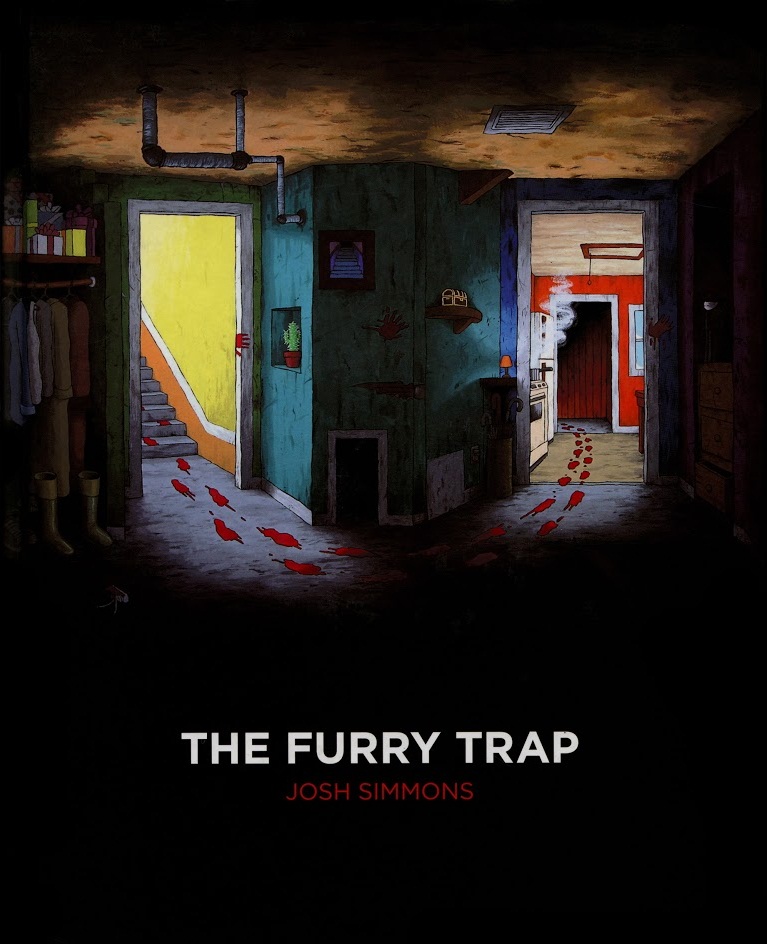 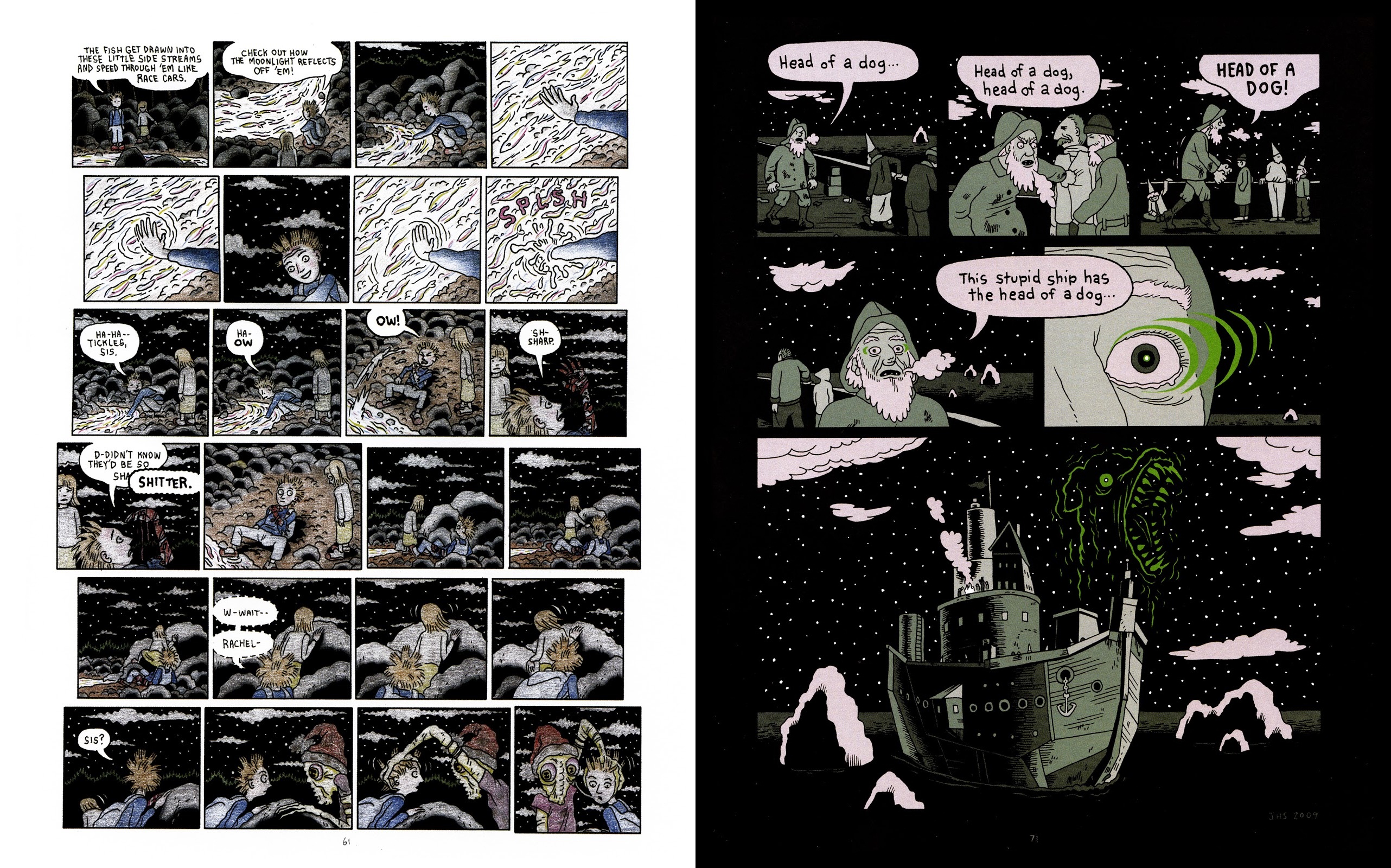 The Furry Trap anthologises the horror stories Josh Simmons contributed to various publications between 2004 and 2011. They’re not chronologically arranged, so aren’t a record of progress, but sequenced as if an old style album and varying in length from the single page ‘Head of a Dog’ to a couple of pieces closing off at twenty pages. Assembled, they display an impressive spirit of restless experimentation. It’s a challenge to locate more than two strips drawn in the same style, and this ambition carries Simmons through sometimes awkward pacing and the basic drawing.

As it’s relatively early work from Simmons it retains a more whimsical touch. Coming to this after his later work in fact offers several surprises, a strip more in keeping with Johnny Ryan’s aesthetics, the casual cruelty of frying a cat on a hotplate at Christmas, and an extrapolation of when it all went wrong for Batman providing the opening three strips. Simmons zips from one technique to the next, experimenting with traditional black ink on white paper, colouring with what looks like crayon, switching from six large panels to a page to eighteen small ones on another. This sense of experimentation infuses the stories being told, with Simmons avoiding predictability at all costs, sometimes just throwing in a twist, or in others a series of surreal turns, as in ‘Night of the Jibblers’ from where the left hand sample art is sourced.

Simmons is already leaning toward the horror of relentlessly irredeemable people, this coupled with a looming suspense in ‘Cock Bone’, where what’s accepted as normal by an insular family would be repellent to others. He’s also tending toward the apocalyptic, but here more in the sense of Ben Elton novels, as a means to finish a story that’s just run its course rather than any detailed exploration. What unites the strips here, and indeed connects them with later work, is a magnificent sense of how to perpetuate tension. It’s sometimes the reader’s knowledge what’s out there, and sometimes via the unknown. What are Jibblers and why are they so feared?

As innovative and impressive as some content is, the downside of experimenting is that not every strip hits the mark, and it should also be pointed out that some people are likely to be offended by word and deed, that perhaps also part of facing the unknown. In 2018 Fantagraphics issued a companion collection of Simmons strips written for other artists, Flayed Corpse and Other Stories.