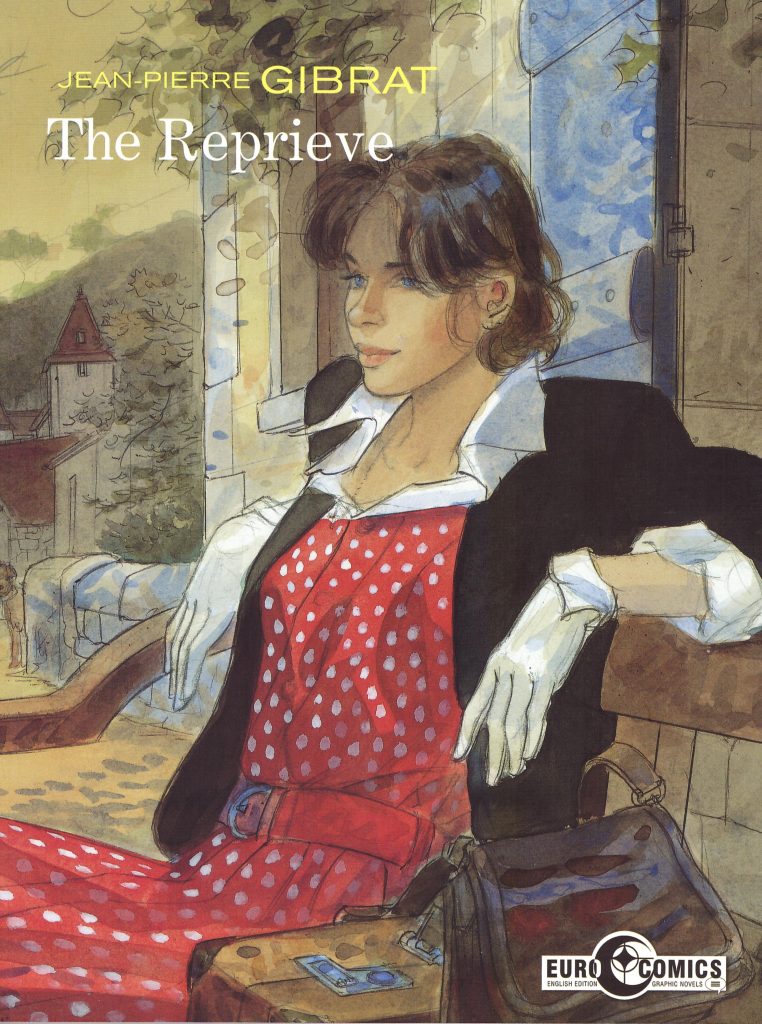 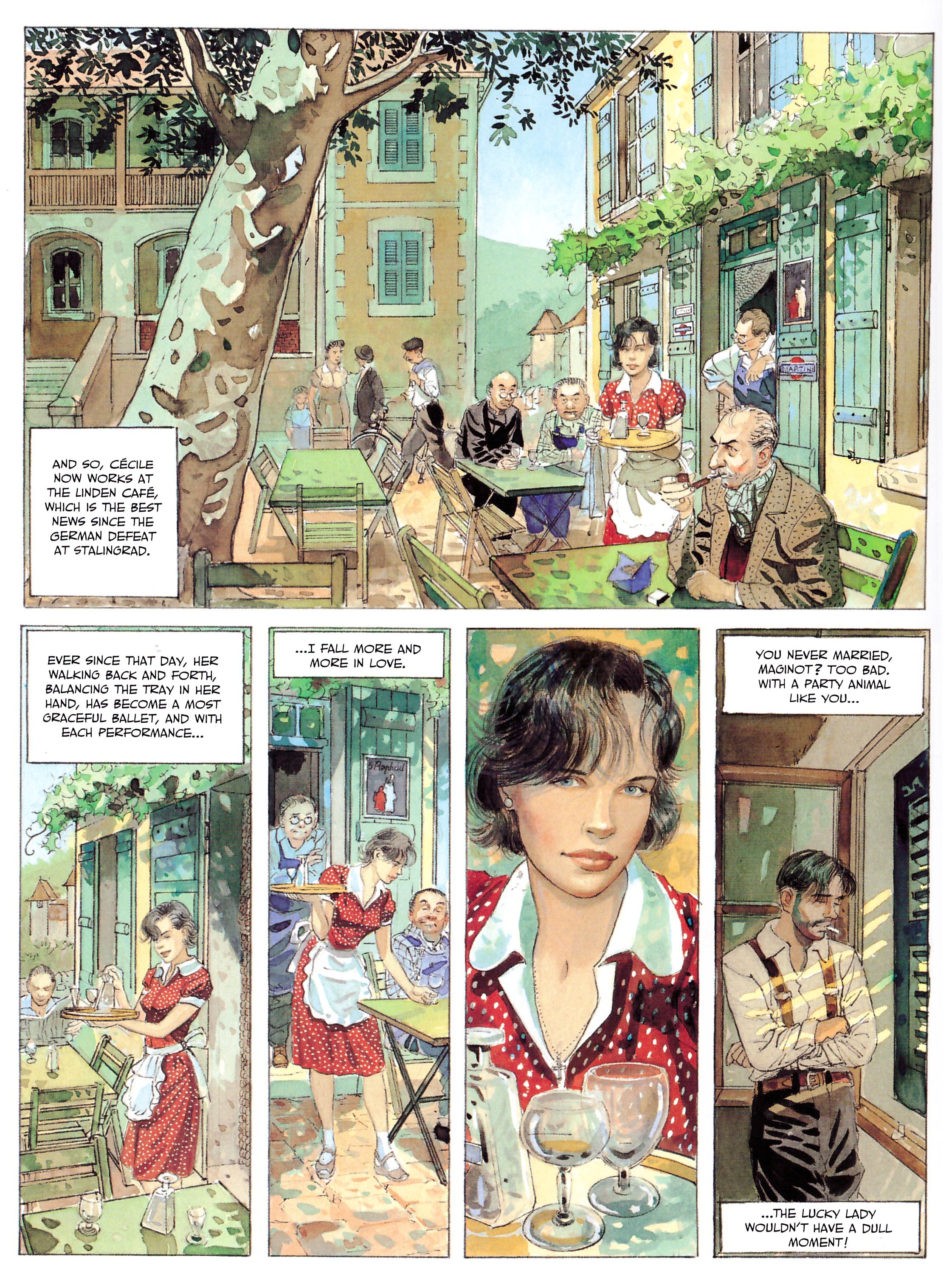 In 1943 Julien returns to his home village of Cambeyrac in occupied France, having escaped from a train carrying unwilling French conscripts to a German labour camp. He can’t remain at large as Nazi sympathisers will betray him, so hides in the home of the village teacher, removed by the Nazis for being a Jewish communist. During the day he watches the people he grew up with, and he roams at night. He learns more than a few secrets about the inhabitants, but his attention is continually captivated by his girlfriend Cécile, who works in the café.

Jean-Pierre Gibrat’s illustration is so lush and seductive that we fall in love with Cécile along with Julien. He uses a wealth of visual tricks to assure she grabs the attention, not the least a distinctive bright red and white spotted dress when almost everyone else wears plain clothes. The quality of the watercolour illustration never slips. There are no lazy figures, or rushed pages as Gibrat supplies not only a great character drama, but also a paean to the timeless way of life in the French countryside. The beauty of the rural landscape over the seasons of an entire year combines with the charm of the village accommodation, and the visual personalities of people struggling to sustain a normal life under extreme conditions.

After twenty years drawing the scripts of others, The Reprieve was Gibrat’s first published writing, which is astonishing. The plot unfurls in a relatively straightforward manner, although with some bombshells, but the way Gibrat dresses it with sensitive character observations, and finely planted elements and devices foreshadowing events of later importance is inordinately impressive. We come to know and love or loathe many villagers, Gibrat introducing their pains in a sentence, and while an out and out villain balances the angelic virtue of Cécile, others are constructed in shades of grey. Julien, our nominal hero, has little interest in the wider necessity of resistance against the Nazis, for instance, for most of the book only interested in keeping himself safe and figuring out how to approach Cécile. He is almost the sole focus, everything viewed through his eyes and accompanied by his sardonic commentary to a constructed buddy, Maginot, a World War 1 helmet and greatcoat placed on a coat hanger. It’s an indication of Gibrat’s thoughtful and subtle informative techniques, the presence of the objects indicating the past bravery of the departed teacher. Collaboration and responsibility are the major themes, and the languid structure of the story is punctuated by terrible events, as Gibrat accentuates the reality of war behind the front lines, a day to day knowledge that death can be random and unforeseen.

Perhaps some aspects of The Reprieve could be seen as overly sentimental, but any thoughts of mawkishness are eliminated by Gibrat’s condemnatory attitude to the war. It’s encapsulated by two great ironies combining for a fantastic ending, giving a second meaning for the title. The Reprieve isn’t a direct translation of the French title (Le Sursis), but one that encapsulates the story extremely well. Gibrat produced this between 1997 and 1999, but quality remains timeless and this is top class period drama.

As was the case with EuroComics’ English language publication of a thematic sequel, Flight of the Raven, this volume combines what was originally published as two albums in France, and includes fifteen pages of sketches and the cover artwork for assorted European editions.