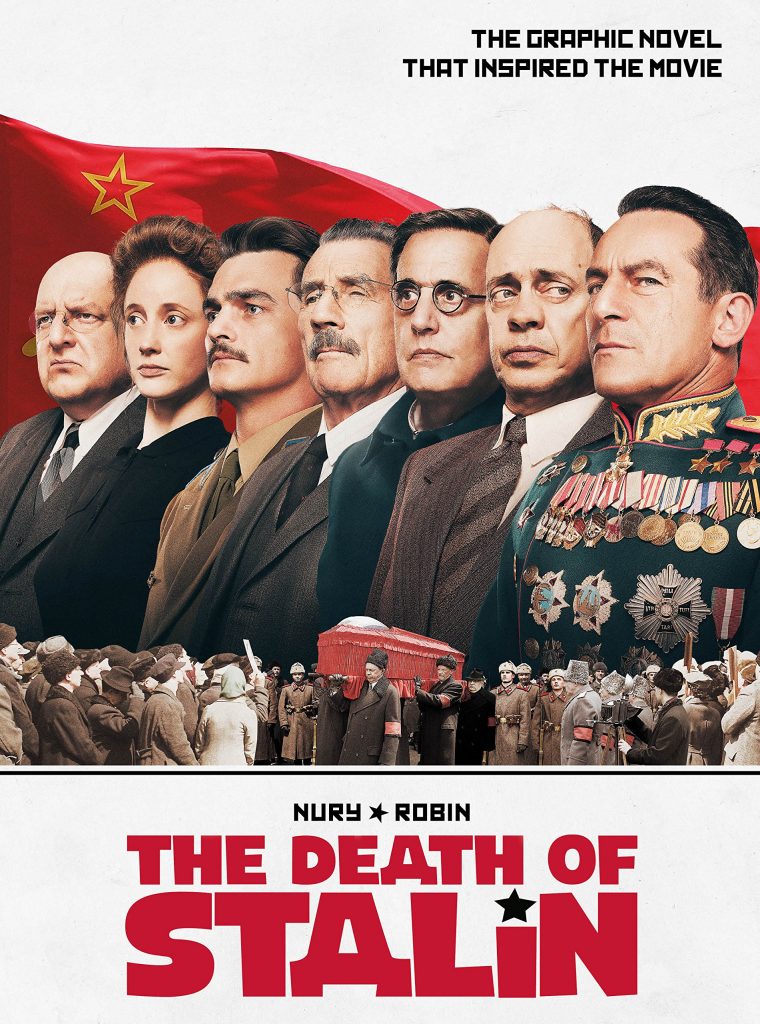 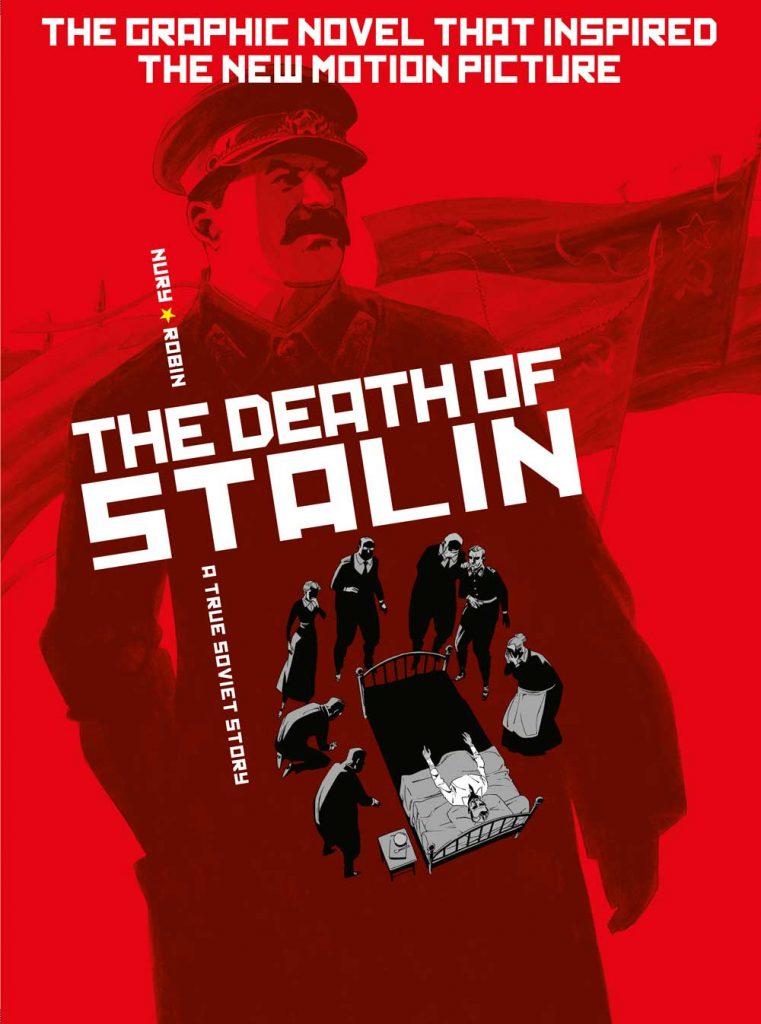 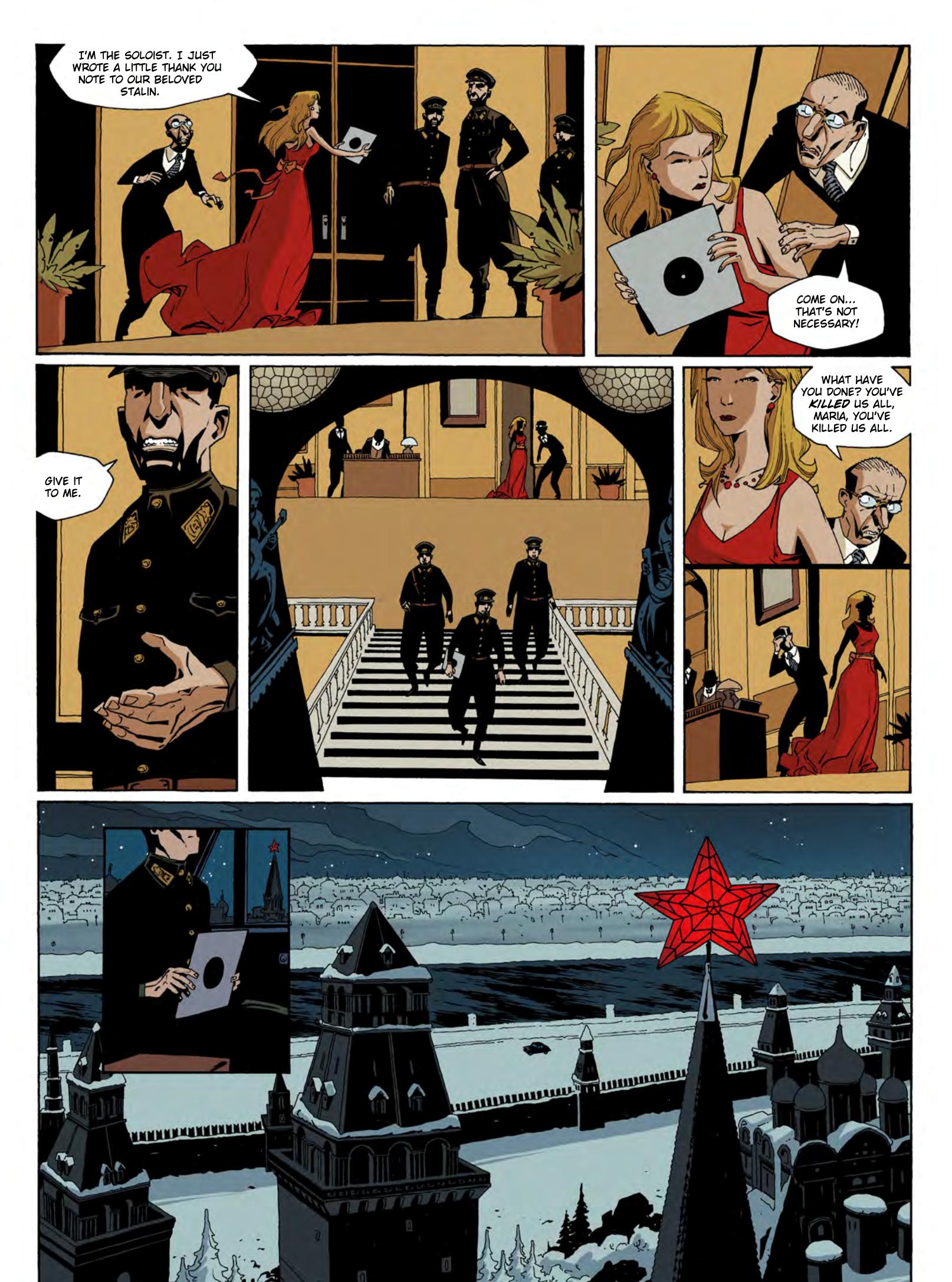 A statement from the creators prefacing The Death of Stalin notes that while some artistic licence was used in piecing together a story, they couldn’t have conceived anything as crazy as the actual known events. It certainly whets the appetite.

Providing an example of the fear Stalin and his power generated in Russia in the early 1950s, the opening pages show an orchestra having to recreate a performance that had been broadcast live, but not recorded. Stalin enjoyed it, and wanted a recording. Cue panic, elevated when an essential soloist refuses to participate as her entire family are in a gulag somewhere.

Fabien Nury invests The Death of Stalin with a bleakly hilarious tone, almost of disbelief at the appalling examples of humanity. Deputy leader Levrentiy Beria is forcing himself on a woman when informed of Stalin’s collapse, whereupon he immediately sets forth for Stalin’s dacha. A subordinate asks what should be done with the woman, and he’s instructed to take her home and arrest her father. With Stalin still unconscious Beria loots his files before any thought of medical attention. A doctor can’t be called immediately anyway, as the Central Committee of the Soviet Union Communist Party has to decide on a doctor, a matter complicated by Stalin having had the best doctors in Moscow arrested and executed or deported in the previous month after they’d been denounced as anti-Stalinist. There are so many other examples of rigid adherence to procedure, tortured self-justification, seething political ambition and plain arse-covering behaviour that the appeal of the story to arch-satirist Amando Iannuci for filming is obvious. These are accompanied by jaw dropping moments of coincidence, such as the arrival of Stalin’s dissolute son to discover his father’s autopsy taking place in the garage.

Thierry Robin’s brilliant cartooning is an essential part of the package. Beria is the central character, a scheming toady whose vanity is well documented by historical footage, and Robin brings his slimy personality to distressing life. According to personal need, he’s an avatar of doom or an angel of delightful tidings, but always in a trenchcoat. Importantly, Robin never oversteps the mark by trivialising tragedy with his cartooning. The cast are portrayed with enough realism to ensure it’s never caricatures responsible for despicable acts.

This edition combines what was published over two volumes in France, and the absurdities don’t dry up once Stalin’s dead, except they’re even bleaker. Many died due to ineptitude, but the first order of business for those jockeying for ultimate power is to reshuffle the ministerial portfolios without being seen to increase their personal power via ambition, merely in the service of the people. It must additionally be done without any hint of contradicting Stalin’s wishes. This second half possesses the desolate atmosphere of Stanley Kubrick’s Cold War era satire, Dr Strangelove.

There’s no requirement for anything but the most basic knowledge of who Stalin was to enjoy the this account, as all other politicians are introduced with their age and position. Perhaps the most frightening aspect is that it’s possible to look at the ministers running any number of countries today and imagine them behaving similarly.