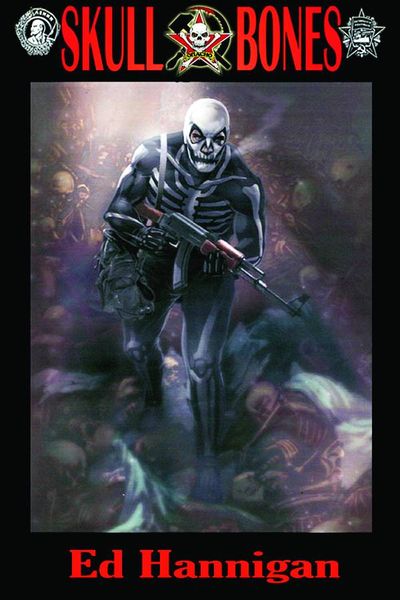 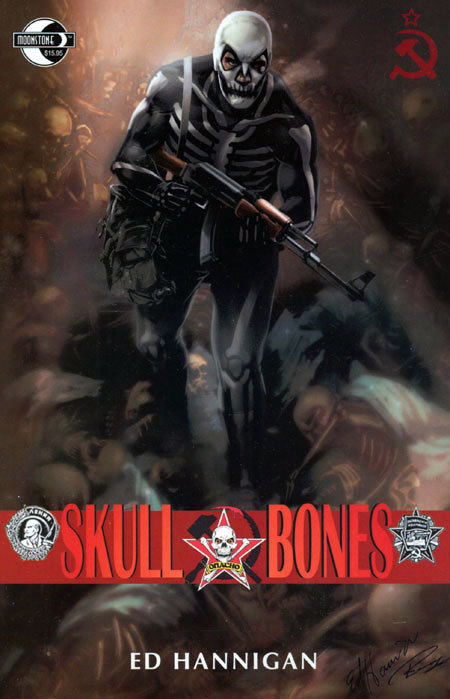 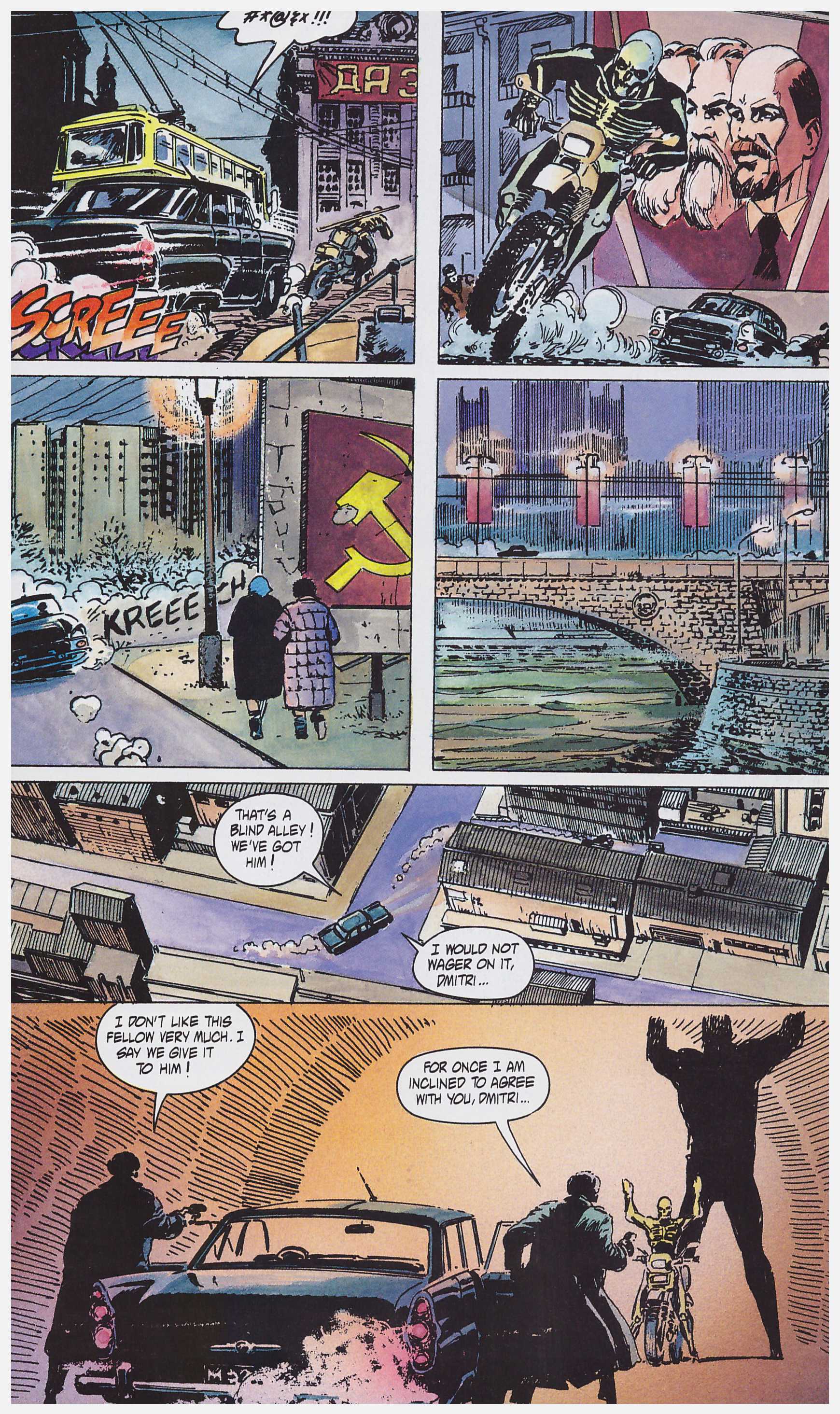 Skull & Bones is a graphic novel screaming to be dragged from obscurity. Ed Hannigan originally published his story in 1992, well over a decade before crime and action thriller graphic novels really took off, and it’s still a first rate read all these years later.

The prominent costume on the cover presumably originated as a sop to the comics market in 1992, and there are ways in which Andrian Trofimovitch is analogous to a late Soviet era Batman, but the depth Hannigan brings to his surroundings and supporting cast ensure he’s far more.

The opening locale is Afghanistan in 1987, where a disillusioned member of the Soviet secret forces has begun aiding the Mujahadin freedom fighters against his own regime, with Hannigan’s comments voiced through a CIA agent all too prescient as far as later Afghanistan was concerned. His training serves him well two years later when he’s back in Moscow preparing to assassinate the Soviet politburo. Before this occurs he again makes the acquaintance of Electrik Feliks, whose mastery of computer technology enables him to tap into the KGB database. While accessing this, Feliks discovered video files indicating that an old enemy, Colonel Kozakhov, is plotting something terrible, and the corpses are accumulating in a remote gulag.

This is a dense political thriller, diligently plotted and well drawn. Hannigan researched state of the art technology and then recent history in depth, and while the former is now primitive, the work Hannigan put in to convince back in the day now renders Skull & Bones an effective period piece. The crumbling of state apparatus, Jewish persecution, and germ warfare, all feed into the plot. stimulated by Kozakhov  witnessing his beloved Russia’s disintegration into anarchy and his work on a solution. Hannigan enlivens the plot with suitably cinematic action sequences, drops in items of later significance with subtlety, and maintains the tension until the final pages. There’s a message of hope throughout, that three well trained and technologically aware people can cause a considerable amount of damage. Amid all that he builds effective character portraits of the three leads, the third being Nadejda Kozakhova, the Colonel’s niece.

Hannigan produces the best artwork of his career, and the thought applied to detail is admirable. Images pixelate on computer screens, and while Moscow’s monuments and architecture were easily researched even in 1992, Hannigan really scores with the interiors. The apartments he pictures aren’t just US tenements transposed, but convincingly foreign, and he displays a mastery of emotional characterisation, never exaggerating for effect. He also sets up an imaginative use of Andrian’s costume for the finale, which is no let down. Curt Swan and Grant Miehm are credited for helping out on the final chapter, but despite Swan’s distinctive style you have to study the pages to identify his contribution. Skull & Bones was originally coloured, very well for the times, but this black and white edition is equally acceptable.

There are horrors detailed, as Hannigan is unsparing about the Soviet security and military forces, but never glorified, and he’s equally matter of fact about how their US counterparts interpret acting in the best interests of their country.

It’s mystifying why Skull & Bones isn’t better known. It would make a far more impressive luxury hardback than much of the material accorded that status. Do yourself a favour and find the collection or the original comics for one fine read. This review has been compiled via the original comics, and the featured art is reproduced in black and white for the graphic novel.