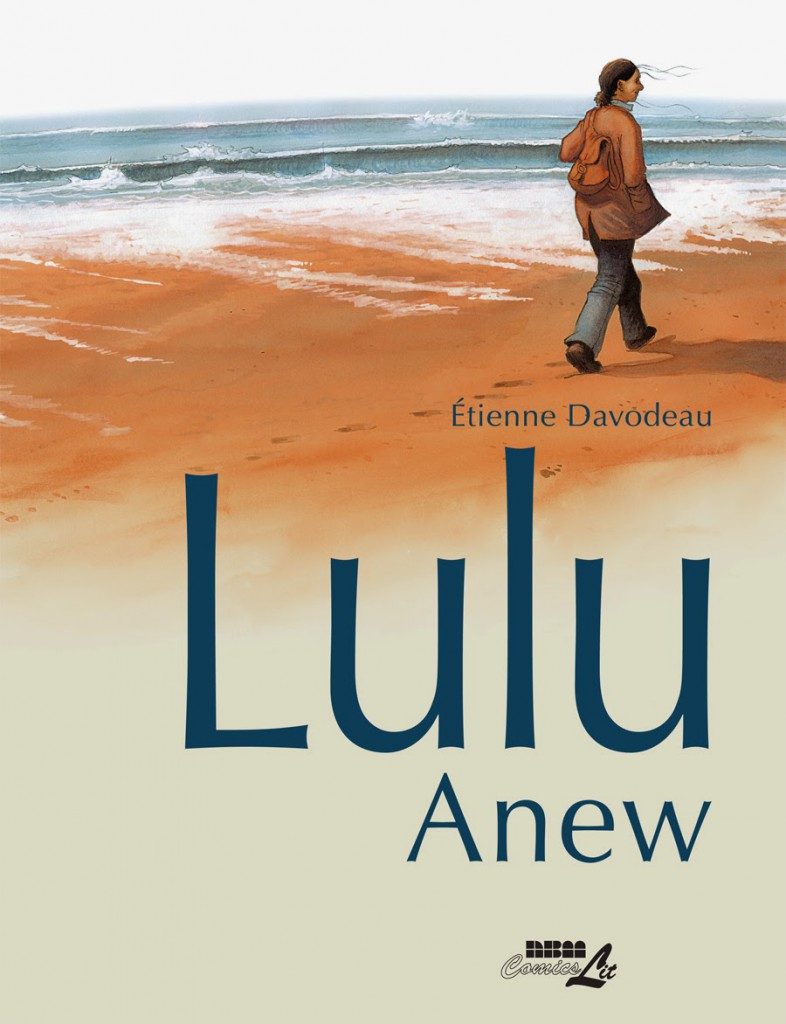 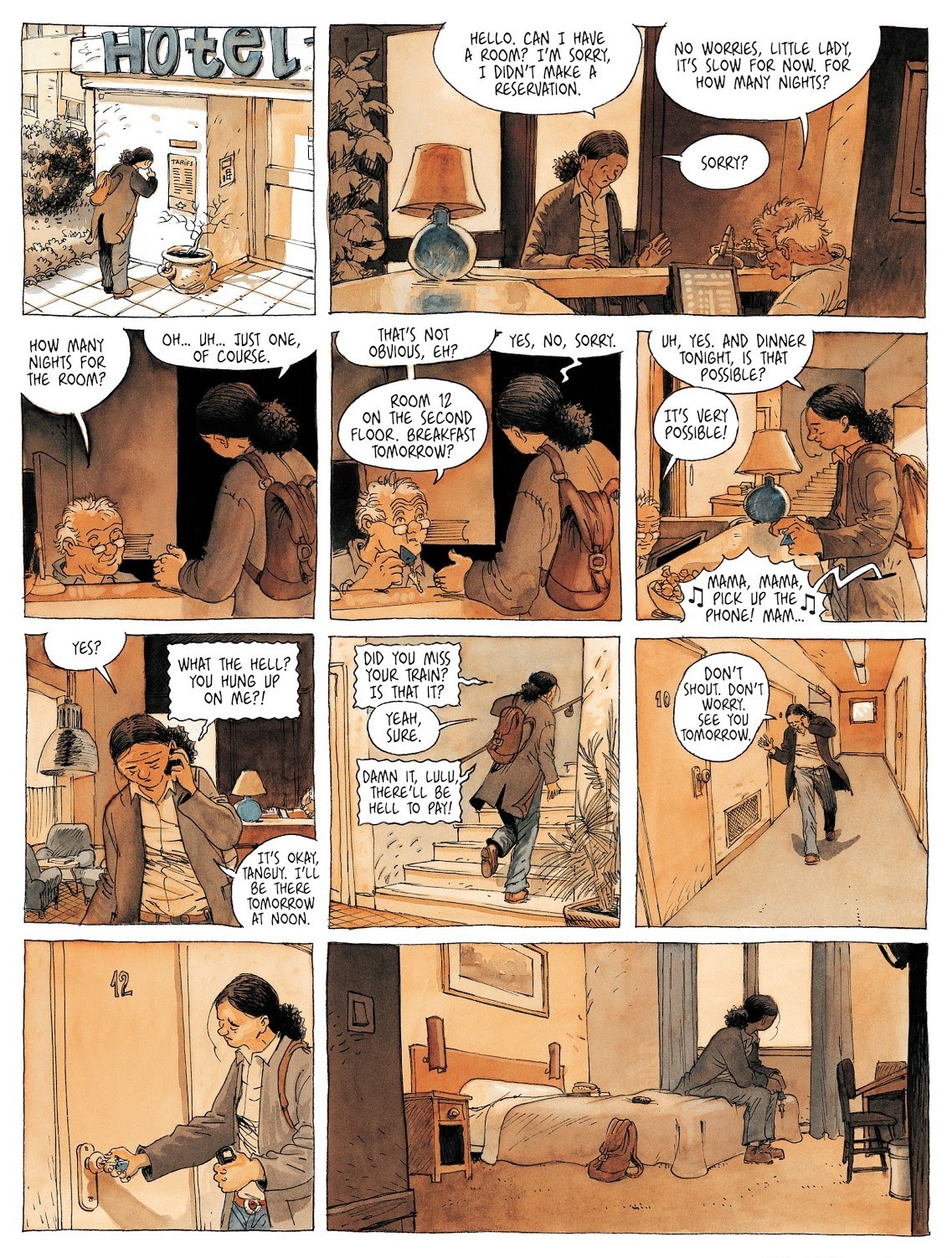 Lulu Anew begins intriguingly with a group of Lulu’s friends gathered and attempting to piece together what’s happened to her and her husband Tanguy. They’re at their house supervising the children and know the bare facts, as there’s been contact with several of them, but not the emotional accompaniment, which Etienne Davodeau provides amid their methodical speculation. Lulu is middle aged, knows she’s failed a job interview out of town, and something possesses her to spend a night in a hotel there. She admits to a stranger how fed up she is with her life, and her path and that of her husband changes from there.

It reads as if it’s the set-up for the classic schmaltzy Hollywood movie aimed at women, particularly as what begins in melancholy gradually becomes a joyous read, but Lulu Anew is far better than that, with faked sentimentality entirely absent. Davodeau conveys Lulu’s quiet desperation superbly, and as it’s been almost three months since that job interview at the start of the story there’s a foreboding suspense about matters. This is greatly helped by the emotionally vivid art, presenting a cast of ordinary middle-aged people, not the young attractive types that generally populate graphic novels. It’s reinforced by carefully considered and limited colour, the rust throughout reinforcing the idea of age. We’re prompted to wonder if Lulu’s still alive, and if so whether she’s found happiness elsewhere. As the story unfurls there’s a placid contentment to it, as Lulu experiences freedom by letting herself her go, unshackling herself from the routine she’s become accustomed to, and there’s a glorious unpredictability. You’re not going to know where the story goes, so sit back and enjoy the exceptionally smooth ride.

Davodeau presents an endearing eccentricity in what’s an astounding reaffirmation of life. Everyone looks like the people passed on the street every day without ever considering their personalities, their whims or their hopes, so Lulu Anew becomes a celebration of what we are and what we can be. Lulu stays away, people meet her, strangers become friends, and every day she does something she’d never have considered earlier in the year.

This edition combines what was originally published as two books in France, and a bombshell is dropped to conclude the first half. There’s possible wiggle room, but it’s good. Increasingly during the second half it becomes apparent that this isn’t just Lulu’s story, and Davodeau has surreptitiously wrapped us up in other lives, that of her friends who keep up with her without her knowledge, and her daughter Maggie. She’s a minor weak spot, both looking older than sixteen and behaving with a maturity beyond that age, but her purpose in the greater story is almost as important as Lulu. The remainder of the cast are beautifully constructed from the aggressive Tanguy to the reticent Xavier.

Lulu Anew is a warm hearted and well considered reflection on humanity, and as such a thoroughly rewarding read.