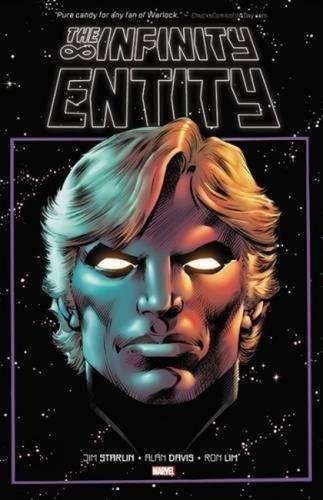 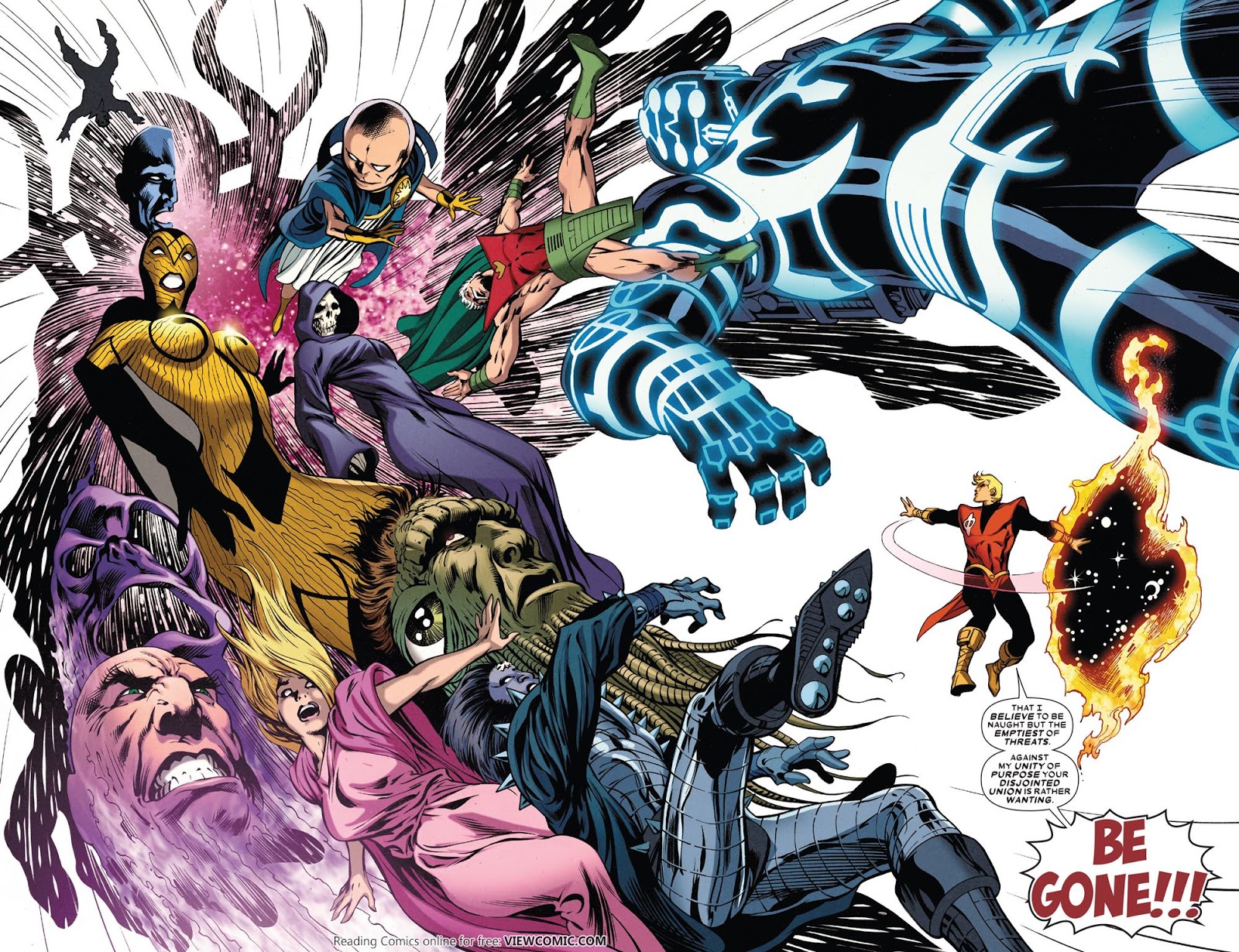 The Infinity Entity is packaged very similarly to the Infinity material Jim Starlin wrote between 2013 and 2016, but lacks the Thanos’ name in the title, or his portrait on the cover. It is associated, somewhat awkwardly being both prelude and sidebar over two different stories, but can be read in isolation or skipped altogether.

What was originally published as a Thanos annual can also be found in A God Up There Listening, and is Starlin’s exercise in recapping Thanos’ past, and slightly modifying it by providing explanations for inconsistencies and anomalies. It comprehensively defines who and what Thanos is before Starlin began work on The Infinity Revelation, introduces a few mysteries for contemplation there and provides enough original material to intrigue. Ron Lim’s art prioritises portraits to accompany the narrative flashbacks and explanations for much of the time, recapping material he originally drew. His Thanos doesn’t match Starlin’s for sheer power density, but this is decent work.

The individual style Lim lacks is provided by the smooth storytelling of Alan Davis in the far longer title piece (featured art), which is far more intimately entwined with Starlin’s larger story. A three month gap separates The Infinity Relativity and The Infinity Finale, and Warlock’s experiences occur in that time frame. It begins with a reawakening, Warlock with no real idea of who he is and experiencing a version of what occurred in The Infinity Revelation, after which he confronts the original incarnation of the Avengers. This Warlock is almost infinitely capable, far more so than previously, with mastery of both time and space and is eventually confronted by the most powerful entities in the Marvel universe.

Anyone who’s read The Inifinity Relativity knows what’s going on, and will be able to decipher the oblique comments made by those with whom Warlock interacts, but everyone else will have to wait until the third chapter explanations. It progresses from there into a lengthy closing exposition disclosing the true villain behind the clash of Annihilus with Thanos.

Both stories entertain without compelling in the manner of Starlin’s associated work. The Warlock tale in particular exposes the process behind the curtain. The Infinity Finale lacked the space for a full explanation of the villainous process and methods, so this Warlock story was constructed to provide them, but that alone wasn’t enough for four chapters, so what’s essentially the filler of Warlock recovering his memory precedes the revelations. It’s very neatly segued in, and those revelations are by far the best section, but overall The Infinity Entity isn’t an essential purchase.