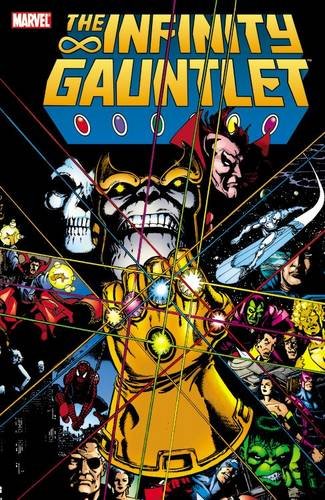 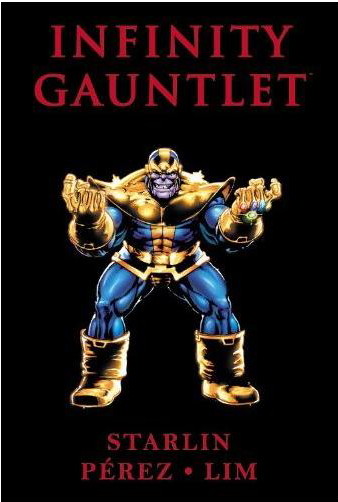 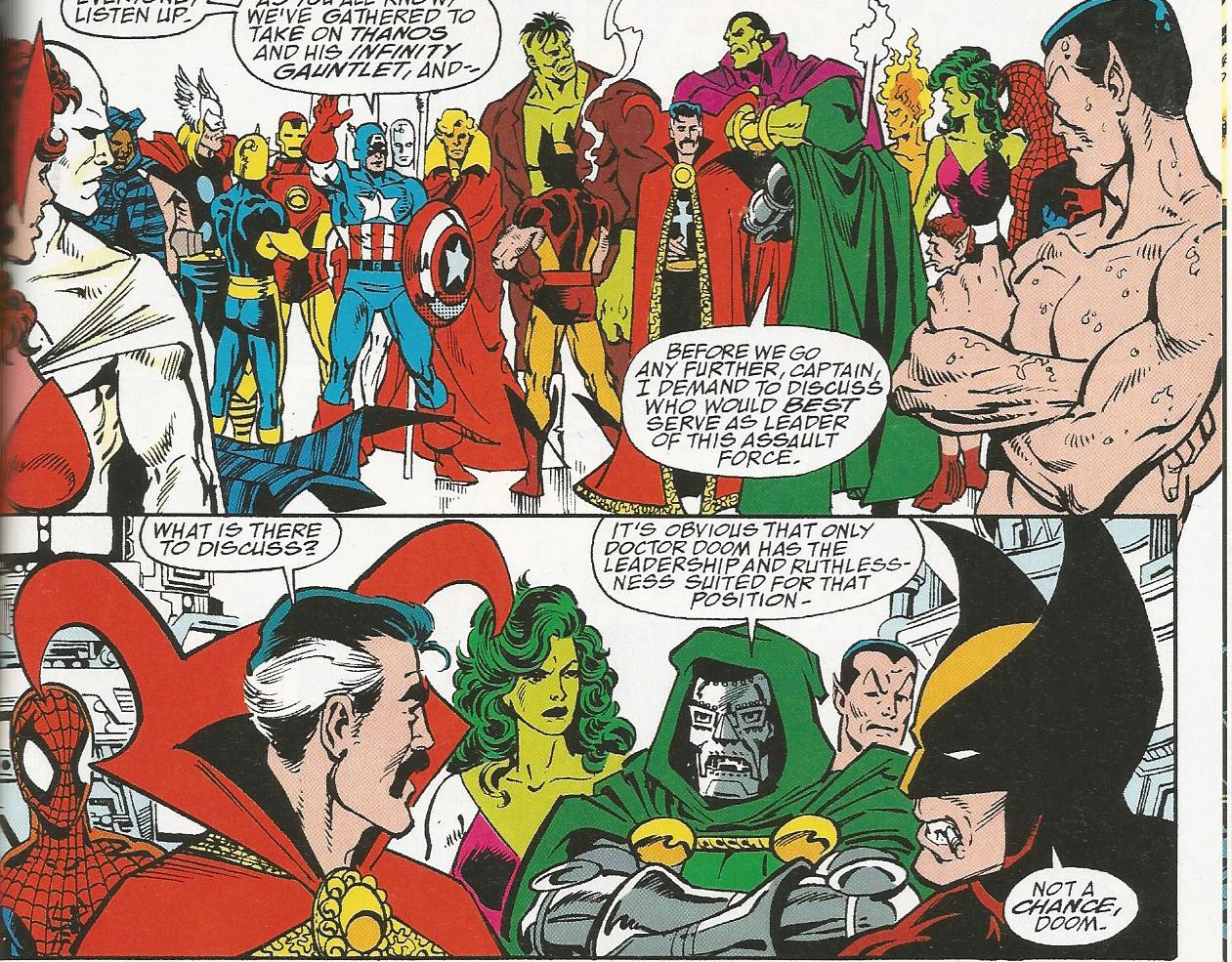 This multi-crossover series was cynically dubbed Secret Wars III by critics at the time of its release, but that honour was actually reserved for the barely-noticed Beyond, years later. Marvel clearly hoped that Jim Starlin’s script – at that time, he was a respected writer in certain circles – and the meticulously detailed art of George Pérez would provide some credibility. Nice try; little shaky on the dismount.

Thanos acquires the Infinity Gauntlet, the most powerful accessory, sorry, weapon in the universe, and tries to impress his main squeeze, Mistress Death, by wiping out 50% of All There Is. Worlds live, worlds die, nothing is ever the same again… you know, the usual. It’s competent  enough – unlike later such sprawling wannabe ‘epics’, Starlin doesn’t have substantial events taking place in crossovers outside the main series, so it’s reader-friendly, but by Cracky, it’s predictable.

These cosmic occurrences lead all Marvel’s heroes to band together, within the main storyline, and in myriad crossover issues of most ongoing titles on its original release, to overcome the menace. Pérez’s dexterity with cosmic razzle-dazzle lends some gravitas to the visuals, and almost fools you into thinking there’s something going on, but over-commitment (he was making a double-turkey sandwich, working on this and DC’s War of the Gods at the same time) led to his withdrawal. When his artwork was replaced by the less dynamic Ron Lim, the scales fall off everyone’s eyes and we realise what a load of tat it is. But too late; it’s spawned ever-diminishing sequels a’plenty.

Infinity Gauntlet has been reprinted multitudinous times since its original release (occasionally as The Inifinity Gauntlet), bamboozling one new generation after another, and now looks to be playing a part in Marvel’s film universe. Sometimes we get the posterity we deserve.