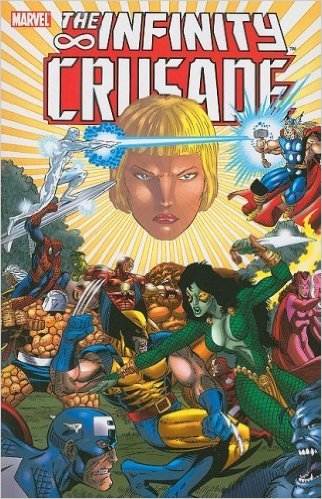 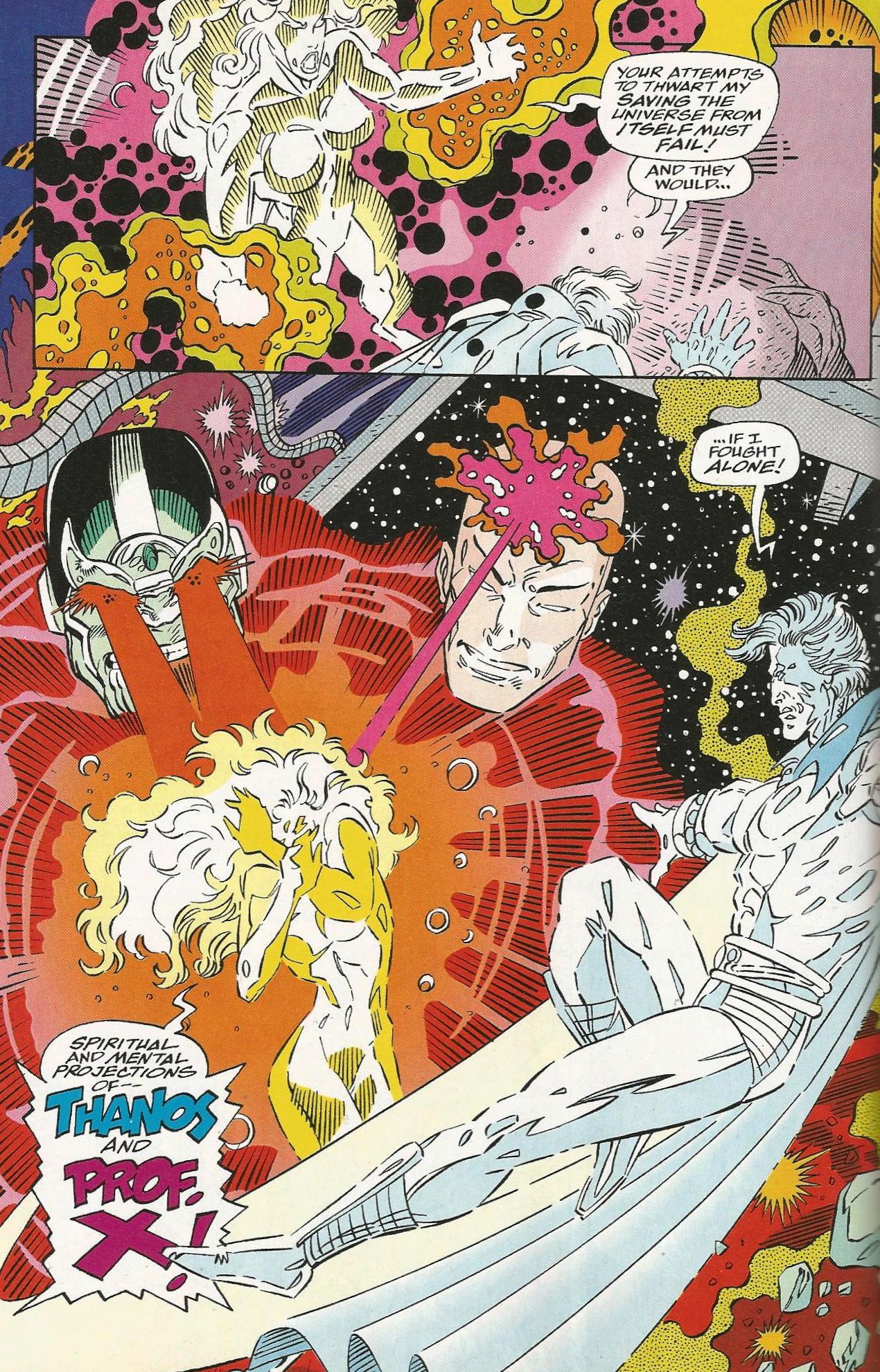 Guaranteed to offend  the pious and the pagan in equal measure, this features The Goddess – a feminised aspect of Adam Warlock’s psyche – stitching together a pick n’ mix amalgam of religions and assembling an army of the more devout Marvel super-beings to aid and abet her in enforcing perpetual peace upon the cosmos. The first volume, liberally padded with crossover issues in addition to the first half of the Infinity Crusade series proper, was mostly set-up, demonstrating the extent of our wannabe saviourette’s abilities (which are conveniently inconsistent), and featuring most of the Marvel Universe wringing their hands and going “Oh deary me, whatever shall we do?”

Finally, our assembled heroes take some action, and the battle is joined. The manipulations of Mephisto, Thanos and the Magus are all dully – sorry, duly – brought into play, and in a series of protracted battles portrayed by Ron Lim with all the hard-hitting vitality of a wet dishcloth, the forces of reason lose out to those of the holy zealots. Despite Jim Starlin’s script emphasising  the actions of the Marvel heroes, they are actually mostly incidental to the plot. For all their strutting and posing, and despite endless panels of unfeasibly engorged musculature, the resolution of the story pivots on the cosmic-level beings, and one is left feeling the Earth-bound heroes are brought in just to provide some sort of reader identification.

Oh, and the entire universe is destroyed and brought back to life. Sorry, forgot to mention that. But to be fair, that’s about the impact it was presented with on-panel.

Throughout volume one, the  question echoed in the reader’s mind; “Surely this is the most flaccid, somnolent so-called ‘epic’ ever to be published by a mainstream comics company. Is it even possible to get worse than this?”