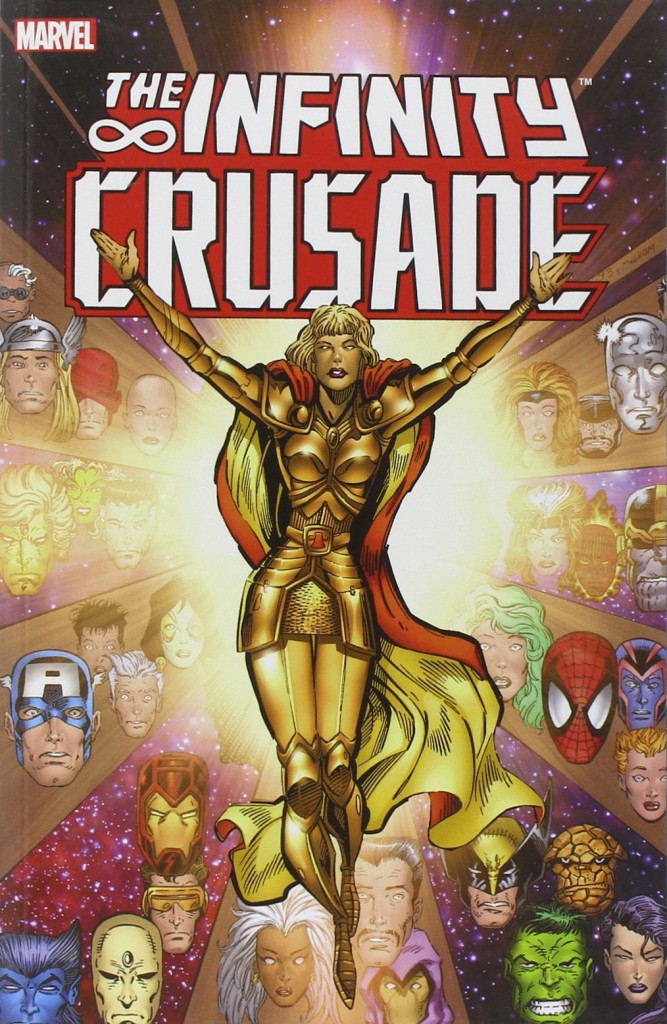 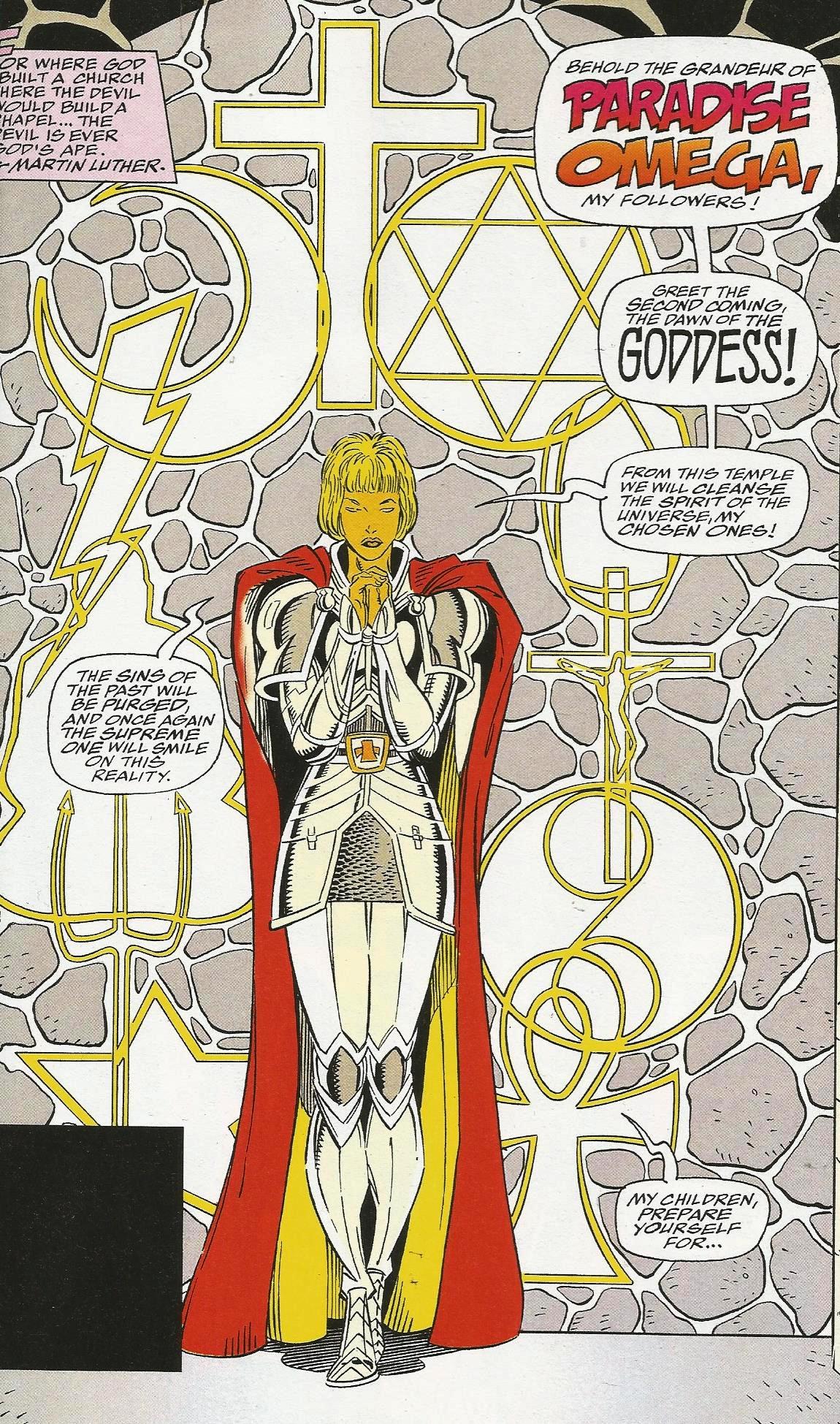 Infinity Crusade presented a superficially different aspect. Previously, our hero, Adam Warlock, expelled both good and evil avatars from himself. The ‘bad’ Warlock, the Magus, was the previous antagonist, but now the narrative’s spotlight is trained on his ‘good’ aspect, which is a) inexplicably female, and b) despite calling herself ‘The Goddess’, she looks, at first, like a white trash pole-dancer. She, searching around for a purpose, decides to bring peace and tranquility and harmony to the universe. Said peace, tranquility and harmony to be ruthlessly enforced, by any means necessary.

To this end, she gives herself a Joan-Of-Arc style makeover, and starts recruiting an army of super-beings from among the most religiously devout characters to be found around the Marvel Universe. This results in some mildly interesting revelations – unlike, say, American politicians, Marvel superheroes usually have the good taste to keep their religious beliefs to themselves. But here, a roster of the righteous succumbs to the Goddess’ ecstatic powers and sets out to impose angelic bliss upon the Universe.

All this would be silly and pretentious enough if only reproducing the main Infinity Crusade series, but for reasons unknown, Marvel thought this farrago of nonsense would be ‘enhanced’ by also reprinting crossover issues of no-hoper series like Warlock Chronicles and Warlock and the Infinity Watch. This did, of course, enables them to spin it into two paperbacks rather than one, but the mis-steps in continuity between the main series and the crossovers leaves even the most devout admirer of cosmic twaddle out of sorts. The art is also widely variable – and when you consider that Ron Lim, illustrator of the main series, is the best talent on offer, you realise how very inattentive the other artists must be!

Pages and pages, and pages, are devoted to the remaining, non-chosen heroes of the Marvel Universe standing about wondering what to do, while the Goddess bribes – er, inspires – the Chosen with celestial gifts and expands her area of control. Mephisto serves as a secondary Big Bad for most of this book. Needless to say, you can’t have an Infinity Doodah without Thanos, but his involvement here is late and little, mostly involving setting himself up to gloat menacingly over events to come, which is the perfunctory and unsatisfactory conclusion.

Overblown, crudely constructed, and most unforgivably, dull as hell.

Ah, but surely everything will be made better in Volume 2?