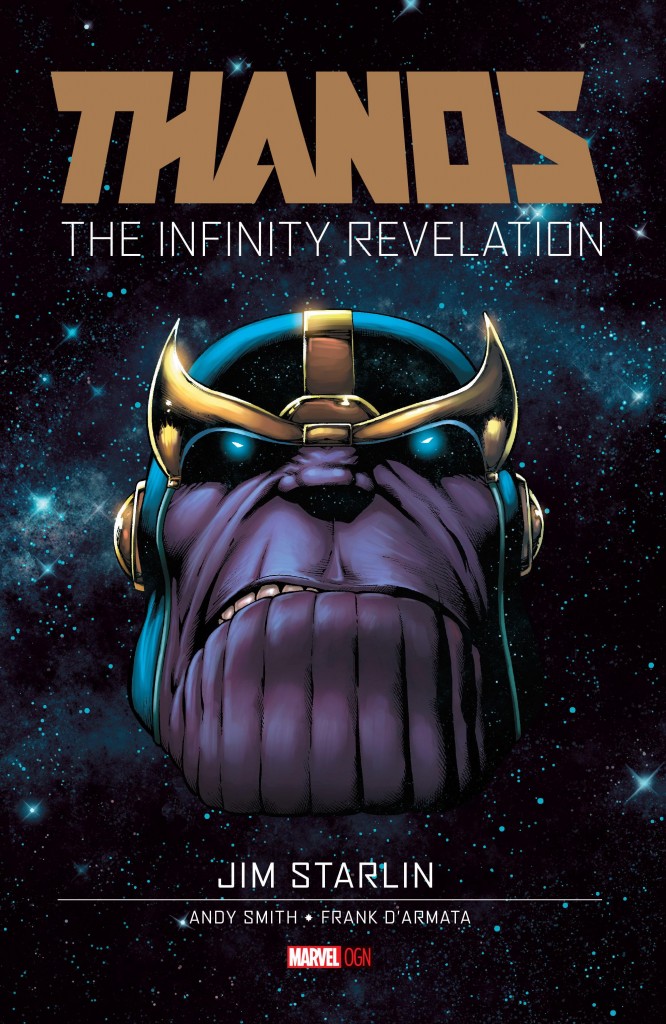 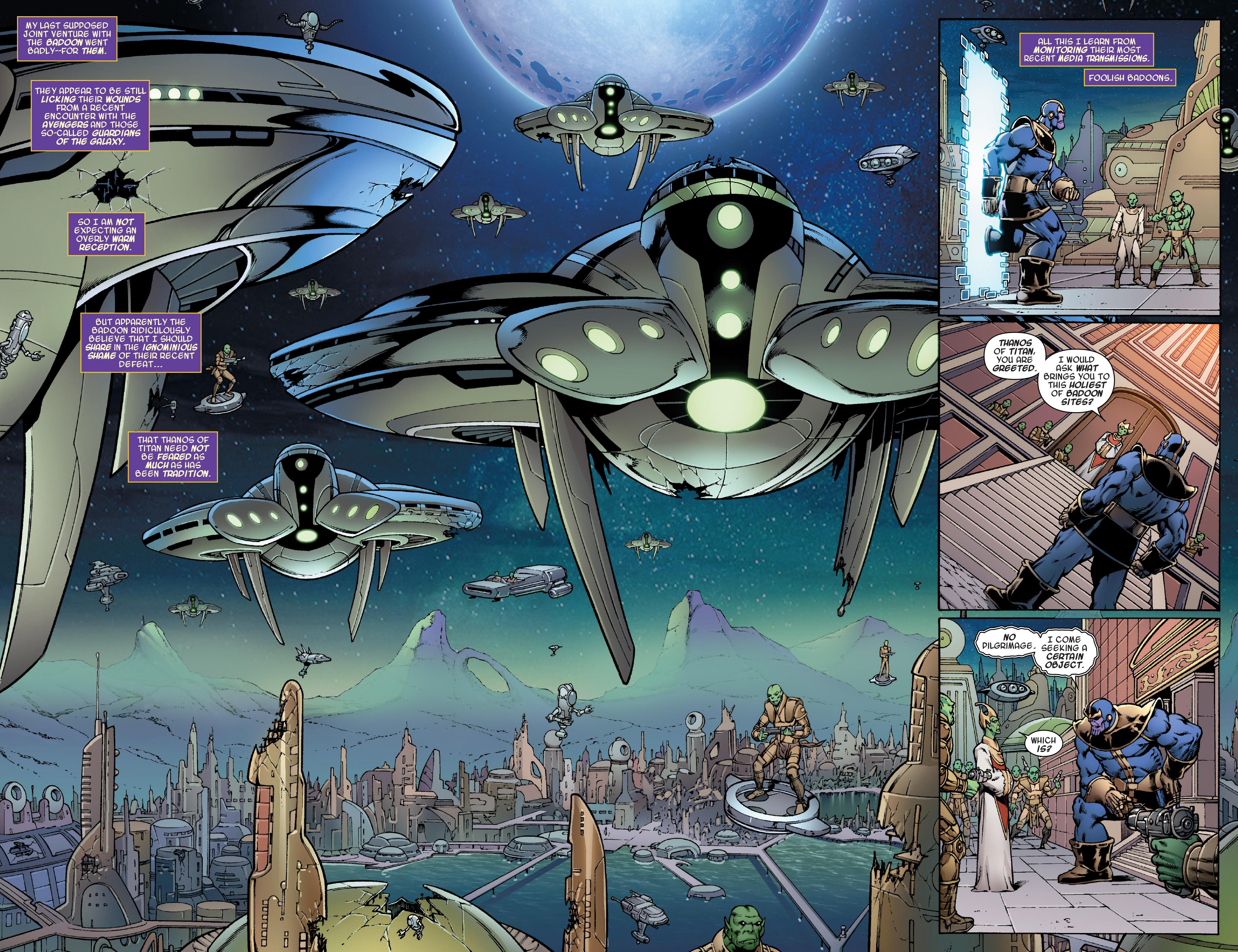 In 2013 Jim Starlin embarked on a new trilogy of graphic novels featuring his standard repertory cast issued under Thanos’ name with the ‘Infinity’ subtitle. He’s been producing such material on and off since the mid-1970s, a little of it poor, most of it good, and some of it excellent. Starlin resorts to a certain shorthand, and by now his themes are familiar, but what’s perhaps the most surprising aspect of what he does is that no-one else has been able to imitate him effectively. Those who try come off as risible at worst and as pale shadows at best. Why is this? It’s not as if Starlin is dealing with matters uncommon in science fiction, yet only he transfers them so effectively to graphic novels.

To begin with, while other creators can write a good Thanos, none accomplish this as well as Starlin, which indicates there’s a little piece of this world-devastating murderer that’s actually Starlin himself. Bear that in mind next time you meet the seemingly affable creator at a convention or signing session. Being uniquely attuned to the universe, Thanos can sense when alignment is awry, so the book begins with a trip to the well of death, something few can achieve in literal fashion. Thanos not only survives, but returns with a clue and the spirit of a later revived well kennt face. Meanwhile the Silver Surfer has located a cosmic doohickey of immense power created for unknown purposes by ancient beings millennia previously.

This reads as if Starlin’s following his own well trodden path, which indeed he is, but he’s so seductively competent at doing so that he bewitches somehow, inducing a fervent desire to turn the page. Perhaps its his art. He’s never entirely mastered classical anatomy, but Thanos himself was designed to circumvent this and set against the mind-expanding vistas it’s small potatoes. For all the Star Wars graphic novels there’ve been over the decades no-one delivers the alien cityscape like Starlin. Nor the effects of the unhinged mind, which is matter that comes to occupy the final quarter of the book.

Much of the first half of Infinity Revelation is portentous dialogue concerning imbalance, or scene-setting if you prefer. The middle eight is Thanos flexing his muscles, and that closing portion an examination of what Thanos is and what he desires. Again, this is known territory, but handled differently. Starlin’s playing a larger game, of which this is but the opener and the final pages induce disorientation, with their meaning not entirely clear. In some ways very little has changed since the first page, yet the universe has been reconfigured twice.

Investigation of faith is another familiar Starlin theme, and yet faith is a state that must apply to The Infinity Revelation, faith in its creator. Without that faith The Inifinity Revelation is vaguely disappointing in not being neatly tied and matters such as changing appearances left unexplained. With the faith it’s a teaser, a prologue, and Starlin’s even provided his own commentary on that. As he did with The Infinity Abyss a decade earlier, this is also Starlin’s reclamation project, explaining the inconsistencies of his characters in his absence. What does it all portend? The Infinity Relativity follows.