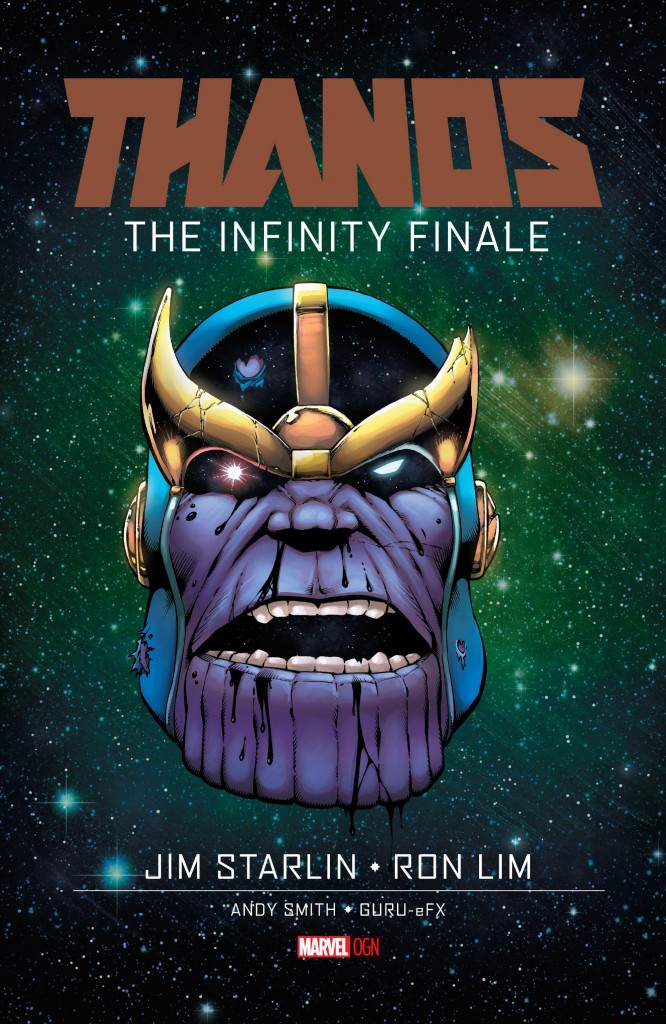 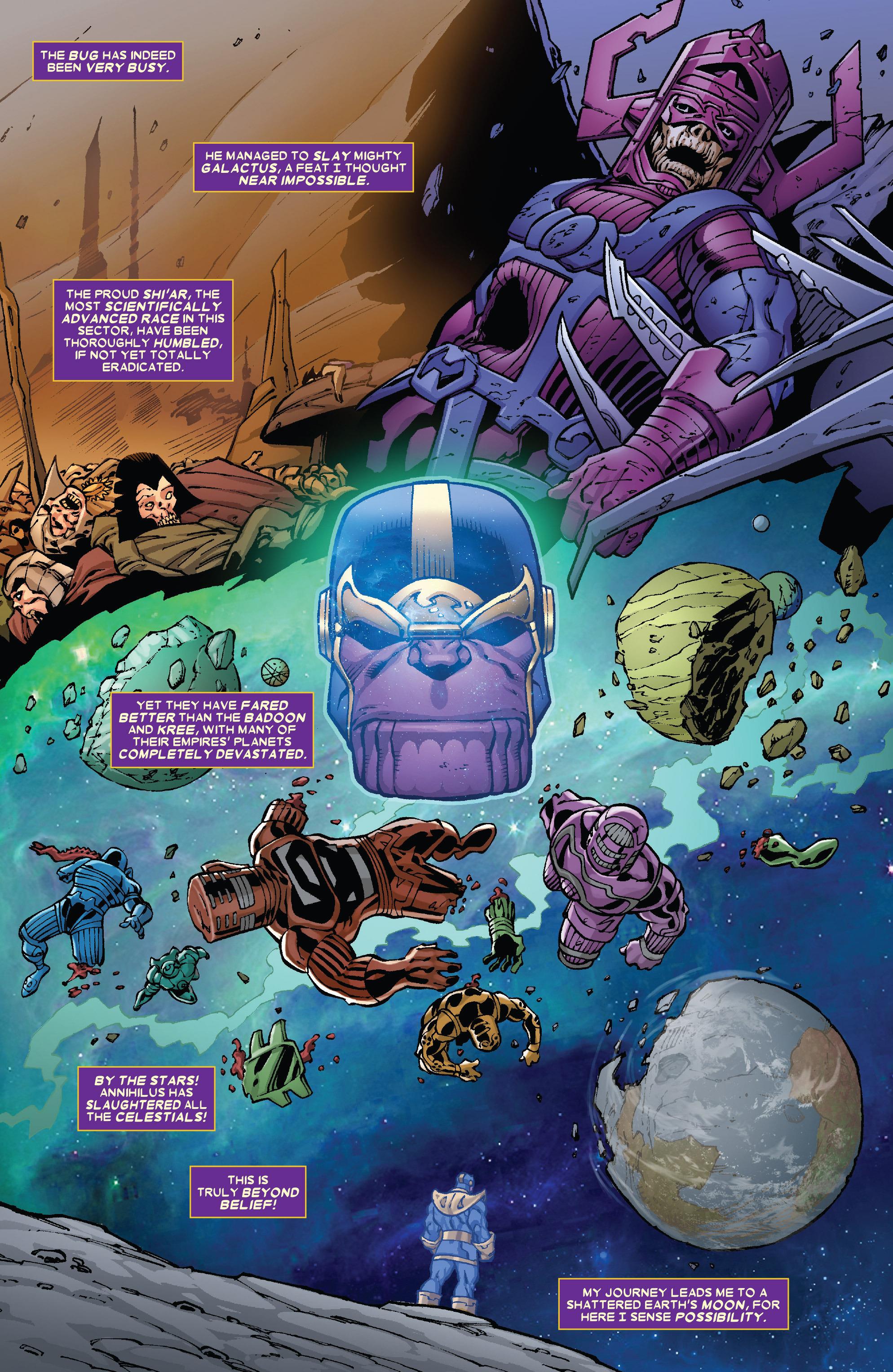 This concludes the trilogy that appears to be Jim Starlin’s farewell to characters he’s worked with since the 1970s. Three months have elapsed since Thanos took a desperate measure in order to escape what appeared an inescapable trap at the end of The Infinity Relativity. He’d severely under-estimated the power now at the disposal of Annihilus, and in that time with a limitless power source available, Annihilus has rampaged through the galaxy. His ultimate aim appears to be universal genocide, an ambition Thanos once worked toward. One revelation comes early. Starlin had been hinting that one of Annihilus’ aides was far more than he appeared, and that’s the case. For the full story check the associated Infinity Entity.

Seeing as he’d both written and drawn the two previous instalments, there’s some disappointment that this conclusion to Starlin’s trilogy is illustrated by Ron Lim. This however isn’t the ‘that’ll do’ Lim of old. Lim achieves an approximation of Starlin’s style, and if he’s not working from Starlin’s layouts he manages to mimic those very well indeed. He further deliberately mimics some effects and backgrounds, and the result is a look as close as possible to the previous books.

For all his use over the years as the ultimate all-powerful despot, no-one can write Thanos as convincingly as Starlin. Thanos is not the personification of evil sometimes seen, and for all his complexity neither is he always one step ahead of those who oppose him, something the preceding books have underlined. He is a fascinating study in ultimate power and what it may or may not do to anyone.

The Infinity Finale may initially appear unsatisfying because at least one element of the actual conclusion is apparent from the start. Very few of Earth’s heroes have survived the attack of Annihilus. Marvel may have faith in Starlin to deliver an action-packed galactic epic, but they’re not going to let him kill Spider-Man or most of the Avengers. That, though, is a red herring as the plot moves on to the meat of matters. Over the years Starlin has toyed with the theological on many occasions, and even before Starlin’s time Warlock was presented as a Christ figure, but in The Infinity Finale we’re treated to the full monty. If anyone has carte blanche to use this as a plot device without accusations of disrespectful sensationalism it’s Starlin. There may be objections to the use of “Above All Others” as a comic character, but it’s an entirely natural outcome of the themes Starlin’s been exploring for decades and the questions he’s been asking all that time. It’s the ultimate deus ex machina resolution, but doesn’t convey as cheap or fanciful.

Not everything works like clockwork, with Pip the Troll’s role as much stalling device as ultimate rescue, but if this is to be Starlin’s valedictory outing with Thanos and Warlock then it’s entirely suitable. The trilogy that began with The Infinity Revelation is challenging, exciting and thought-provoking, which barring the odd dip, are terms that sum up Starlin’s career.