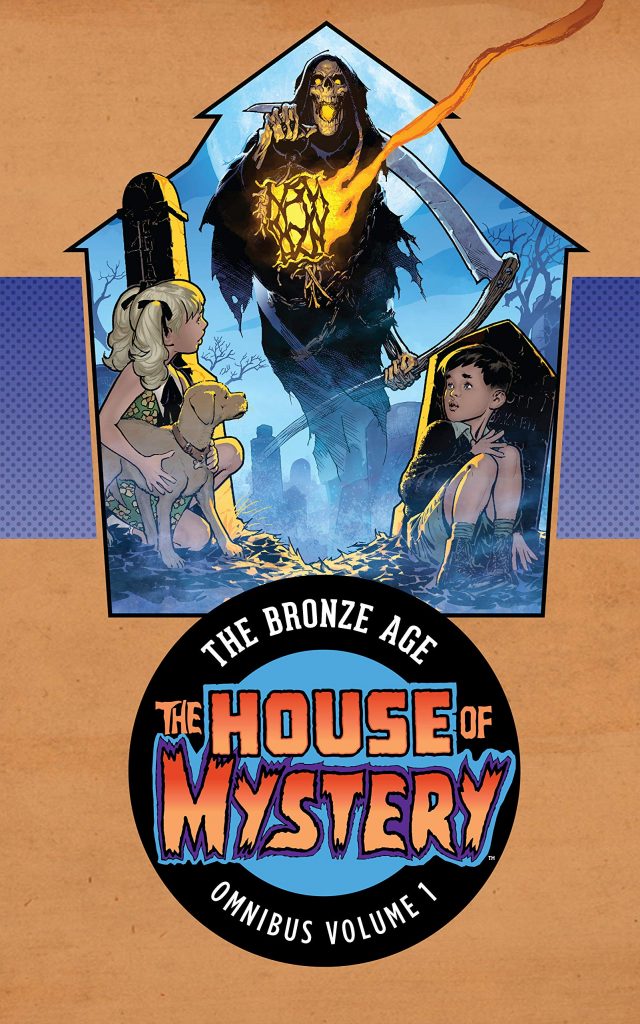 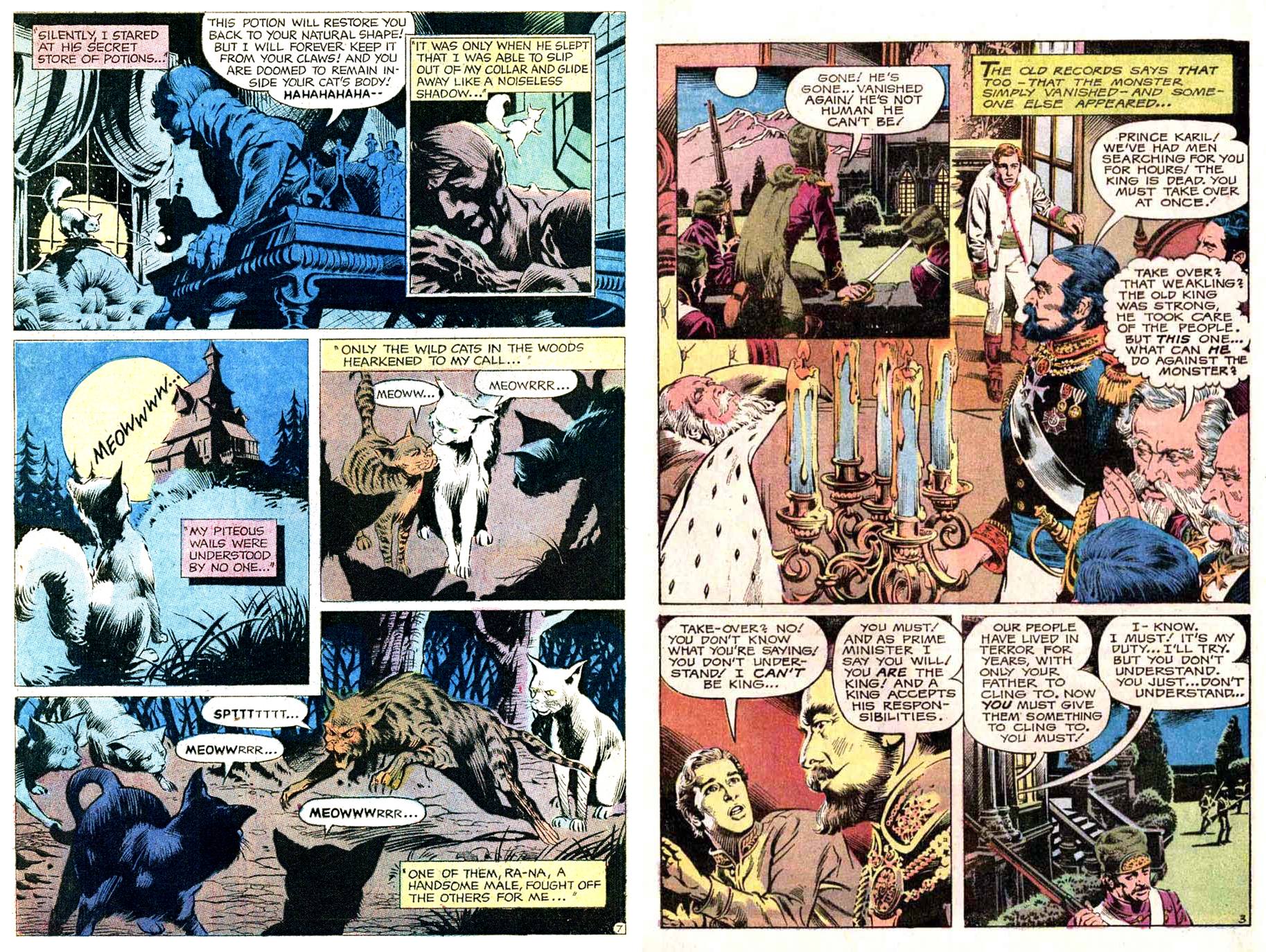 There’s a curious editorial imperative behind this oversized presentation of some fantastic artwork alongside some run of the mill supernatural anthology contributions that no-one will ever want to read again. Why didn’t DC sift the wheat from the chaff and supply a Best Of collection everyone could get behind?

Mystery and supernatural stories had been maintained as tame and non-threatening by the Comic Code Authority for almost 15 years when Joe Orlando became editor of DC’s longest running mystery title in 1968. He couldn’t avoid Comics Code scrutiny, but could evict the poor features squatting in The House of Mystery, restore the theme at least, and institute a massive quality upgrade by employing first rate artists and encouraging a gothic mood. It took a while before Orlando could cut the reprint to new material ratio, but he selected better quality reprints by first rate artists, and surrounded them with new work by the likes of Neal Adams, Gil Kane and Bernie Wrightson (sample left). However, they couldn’t draw everything, and Orlando was unaccountably fond of Jack Sparling’s art.

Even accounting for that, the quality of the writing never matches the art, much of the then new content written by the veteran Jack Oleck, whose predictable sting in the tail stories of revenge haven’t dated well. While Orlando commendably gave opportunities to then new writers Gerry Conway, Len Wein and Marv Wolfman, they’re no better. Occasionally the likes of Adams or Kane write their own stories, which aren’t any more original than the other material, but surely kept the artists happier. Just a few times there’s a combination of plot and art that just gels perfectly, and seeing a restored version of Robert Kanigher and Alex Toth’s dark brew of ‘Mask of the Red Fox’ is a treat. The one consistently good writer is Sergio Aragonés, whose selection of single panel gags are visual virtuosity in using no words. They still raise a smile, and the man seems inexhaustible on a theme.

Many other notable artists draw just one or two strips, among them Jim Aparo, Sam Glanzman, Michael Wm. Kaluta, Gray Morrow, Nestor Redondo (sample right) Al Williamson, and Wally Wood, while the lesser regarded Jerry Grandenetti and Mike Sekowsky both step up to the plate with moody art. Don’t ignore the content from the 1950s and early 1960s. Not only do these generally have a greater level of intrigue and mystery about them, some all time greats draw them. We have newspaper strip artists John Prentice and Leonard Starr, the under-rated Nick Cardy, an energetic Jack Kirby, the mood of Mort Meskin, the peerless Doug Wildey and the surprisingly neat Bernard Baily.

While providing the opportunity to see quality work from revered artists nicely reproduced, you’re paying over $100 at list price for a lot of content you’re possibly never going to look at once, never mind twice. An alternative is the black and white reproductions found in Showcase Presents The House of Mystery. Everything here is covered in the first two volumes. A second Omnibus is due in 2021, reprinting content to the mid-1970s.