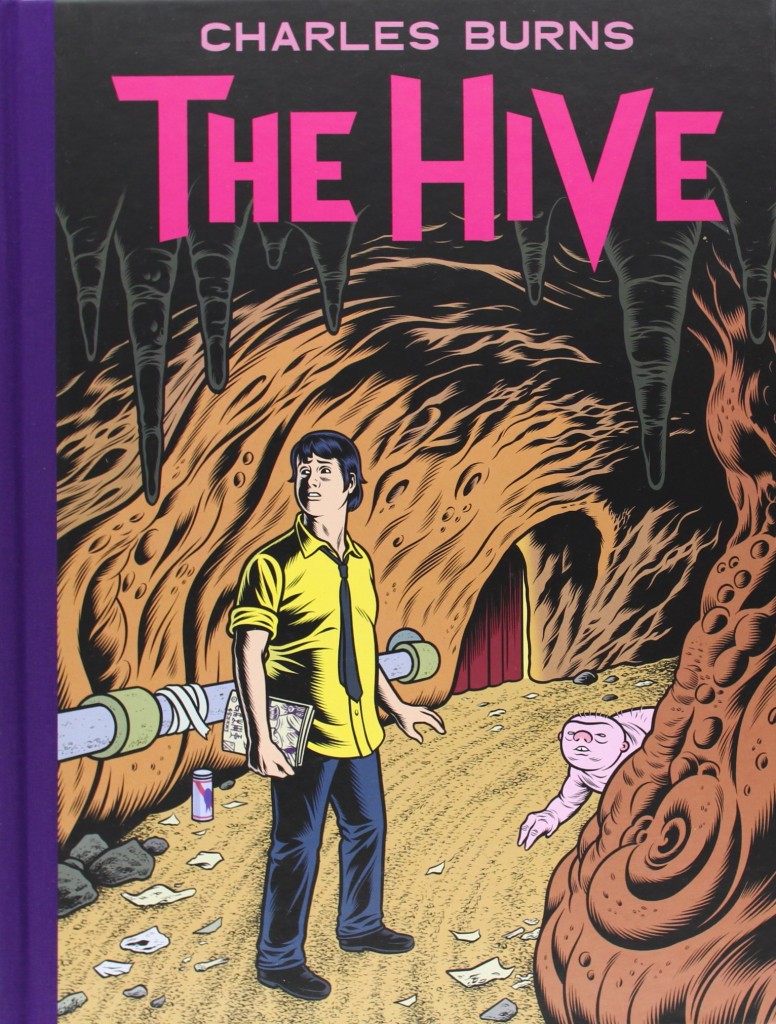 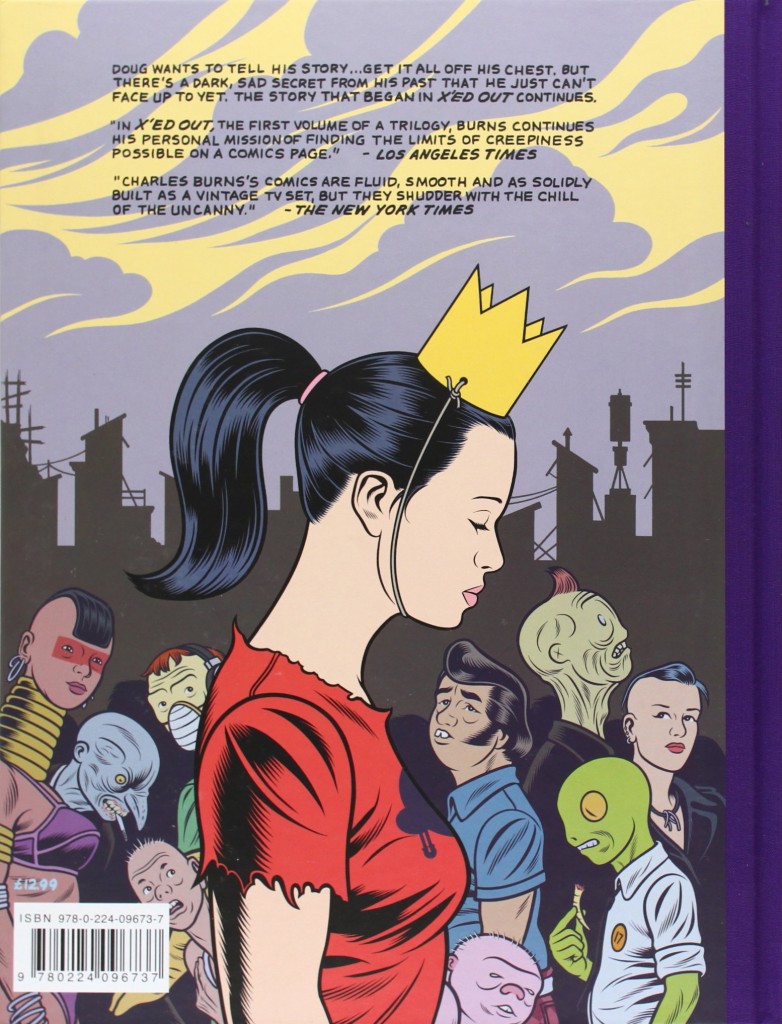 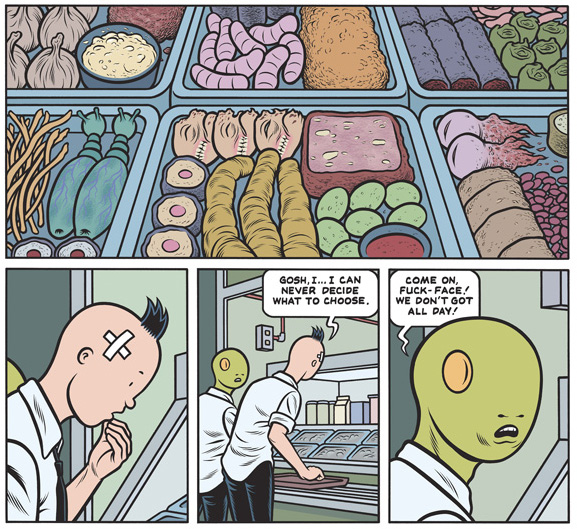 This is the second volume of a trilogy begun with X’ed Out and concluded with Sugar Skull. It follows an adolescent negotiating a mystifying and grotesque world in twin realistic and fantastic narratives. It’s classic Charles Burns with fresh twists.

The initial hardback editions of all three volumes are beautiful, with illustrated end-papers and cloth spines to match the three hardback collections of his early shorts: Big Baby, El Borbah, and Skin Deep. The end-papers appear the same as the first volume, but in fact are cleverly related images from the current volume. Where the last one features an image of a cat, this has a humanoid cat. It’s typical of the attention Burns pays to every detail of his work.

Burns’ art has the classic American comics style of brush-inked black lines, but it’s all composed and rendered with painstaking precision and elegance. The drawings are realistic and diagrammatic at the same time, and may have inspired Dave Gibbons’ art on Watchmen. This trilogy is Burns’ first major work in colour, and he uses mostly flat colours that complement the line work perfectly. As a one person labour of love, it’s perhaps not surprising that there was a two year gap between volumes.

X’ed Out introduced what appeared to be a fantastic and a naturalistic version of the same story. In the fantasy story, the Tintin-like protagonist seems innocent and unworldly. He misses the hints of a sinister menace threatening the young women. His lack of reaction to canteen food is a brilliantly rendered mixture of the familiar and the alien.

In the realistic strand though, the characters are very knowing and ironic. It’s told largely in flashbacks, perhaps working up to the events that led to the bandage on his head… The theme of adolescence continues from previous work: they make progress in their lives and art projects, as other events threaten to drag them into adulthood. Finding old photos of his parents proves a revelation. They too were once young and full of hopes and dreams, not yet sacrificed to supporting the next generation.

In each narrative there are romance comics, which form a further story within the story. In the fantasy world the comics are more realistic, more adult. Here we see Burns’ shrewd reuse of old popular culture as he leads us to expect clichés, which makes it easier to see past the cliche to the recognisable truth of the relationships described.

Typically for Burns, the bizarre, the uncomfortable and the grotesque serve as a metaphor for the alienation and confusion of adolescence. We see their artwork progress as we slowly we see the repercussions of their relationships drawing them into the adult world. The book ends with the introduction of the Sugar Skull, the title of the next book and a perfect symbol of childhood pleasure and adult mortality.

If all that sounds heavy, the delivery is understated. Burns doesn’t moralise or tell us what to feel. Like the protagonist, we’re taken through this but left to have our own response. The entire story is collected in paperback as Last Look.