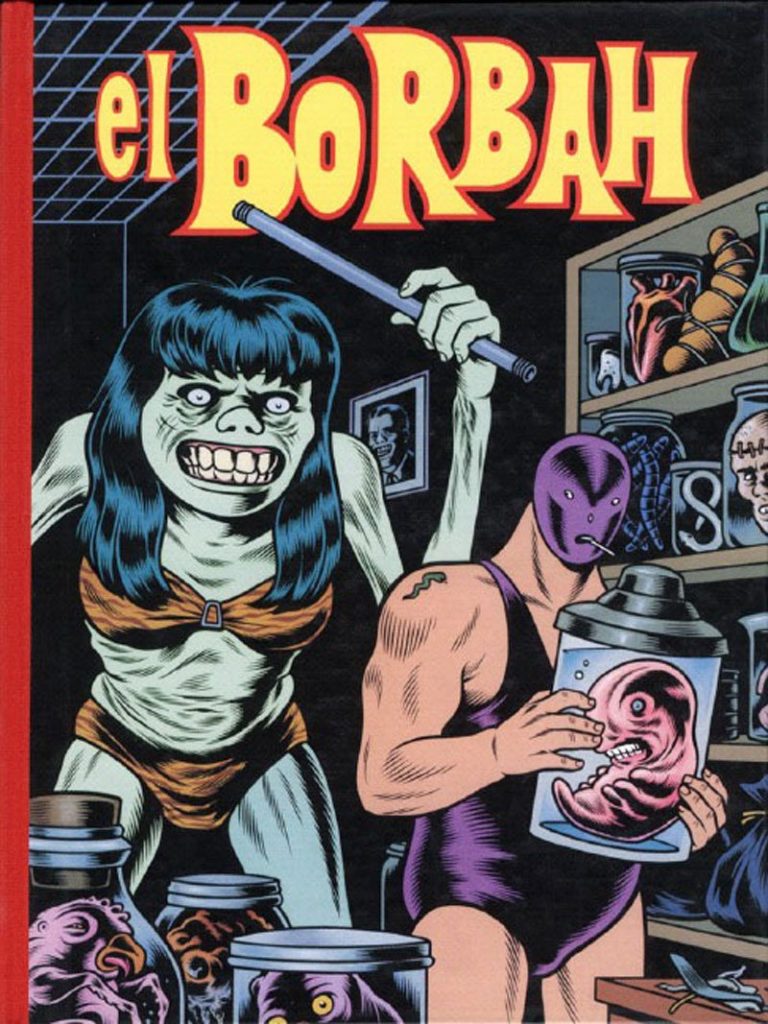 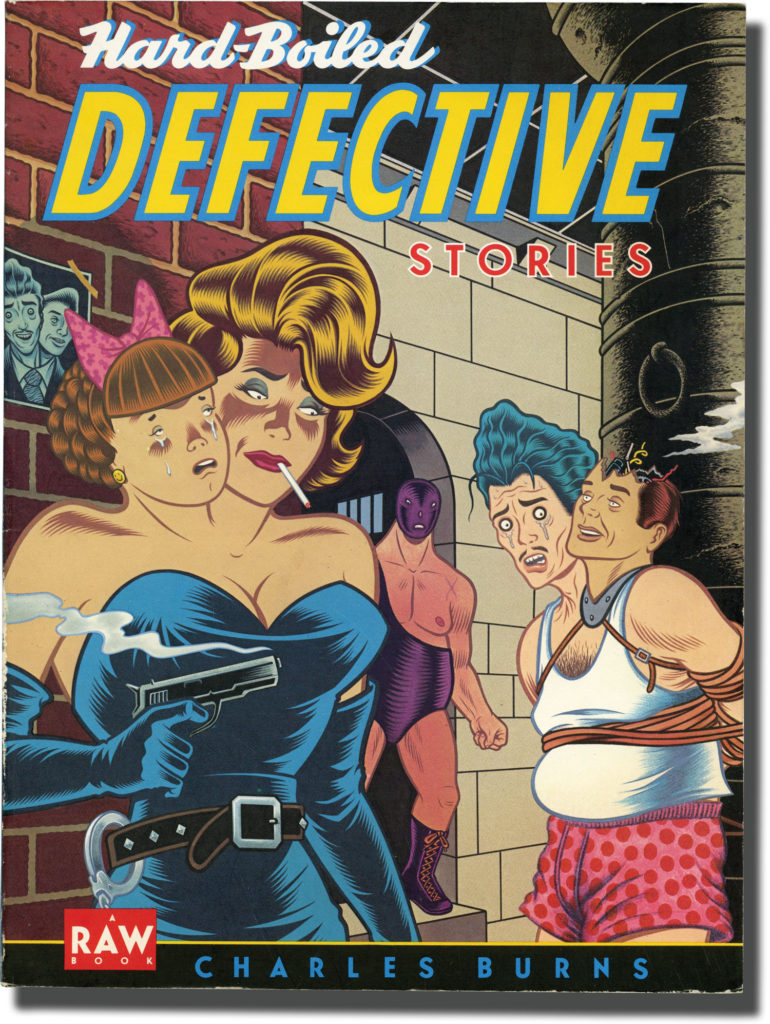 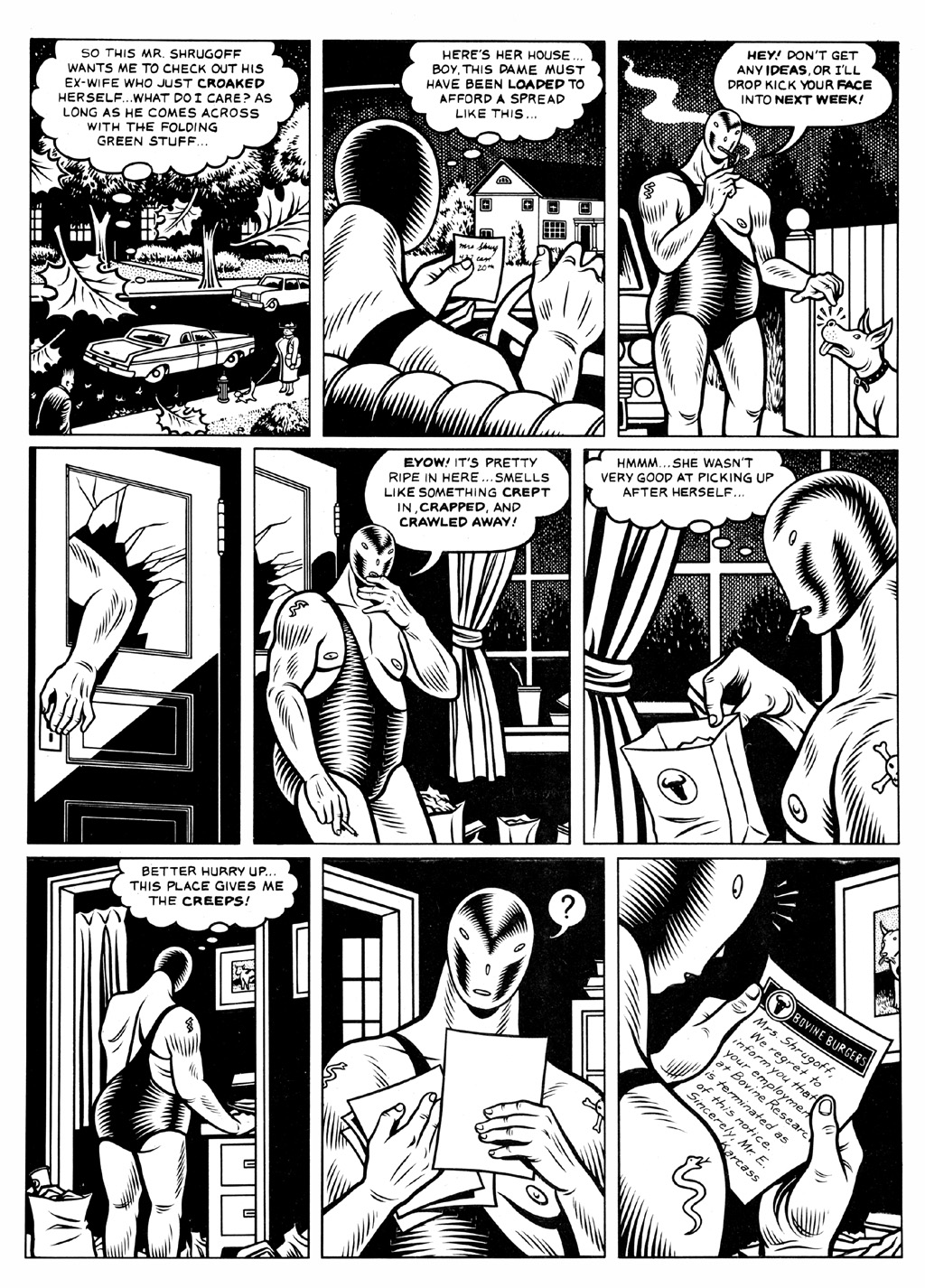 He may use slightly more black ink these days, but it’s no insult to say that Charles Burns has progressed very little as a cartoonist since these earliest strips. There are a few slight touches indicating the novice who first submitted ‘Robot Love’ to Raw magazine, but he otherwise arrived fully formed ready to plough the narrow furrow he’s operated in ever since. These five strips are among his earliest published material, yet so much is so familiar. We have the thick black ink lines, the disturbed, sweating individuals, the plain demented designs, the random whimsical elements, and the surreal accepted as everyday by those in Burns’ world. El Borbah himself exemplifies the latter, a private investigator in a commercial wrestler’s costume, his mask barely functional if accepted logically.

A reason for El Borbah being a success at his trade is that he takes no shit from no-one, has the muscle to back that up, and is rarely surprised by humanity’s base behaviour. There’s little he can’t solve with his fists and a few questions, which means Burns has to add a complexity to his plots, twisting them into dark areas often involving replacement body parts. The pulp vibe is maintained from start to end, Burns feeding El Borbah some gloriously vulgar dialogue – “if shit could walk, they’d name it after you” – as he wanders a resolutely disturbing world. It’s an off the scale imagination filtering youthful influences, and piling them into the trappings of the noir detective genre. It’s hilarious, and because Burns is unique, it could have been produced yesterday. 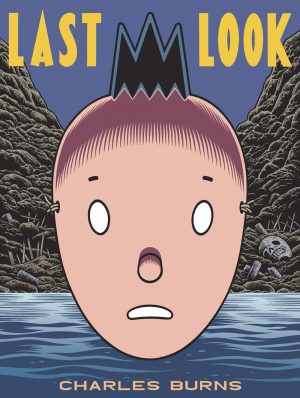