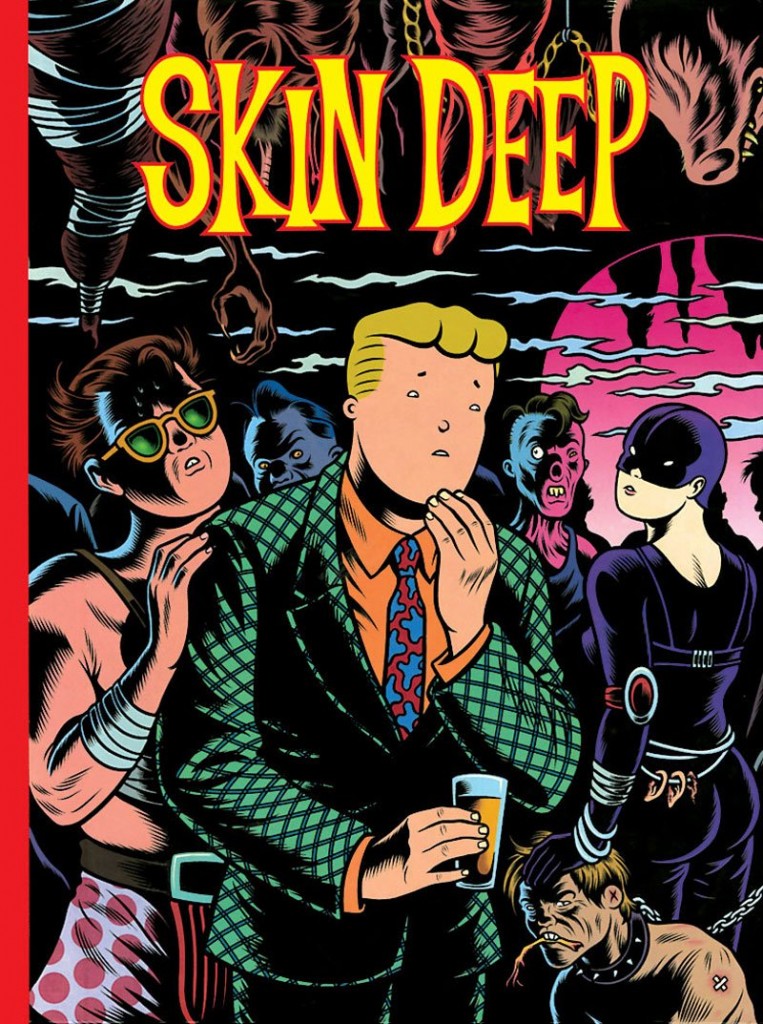 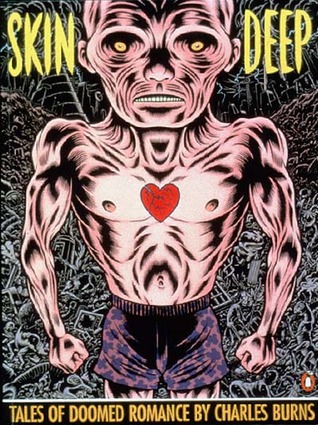 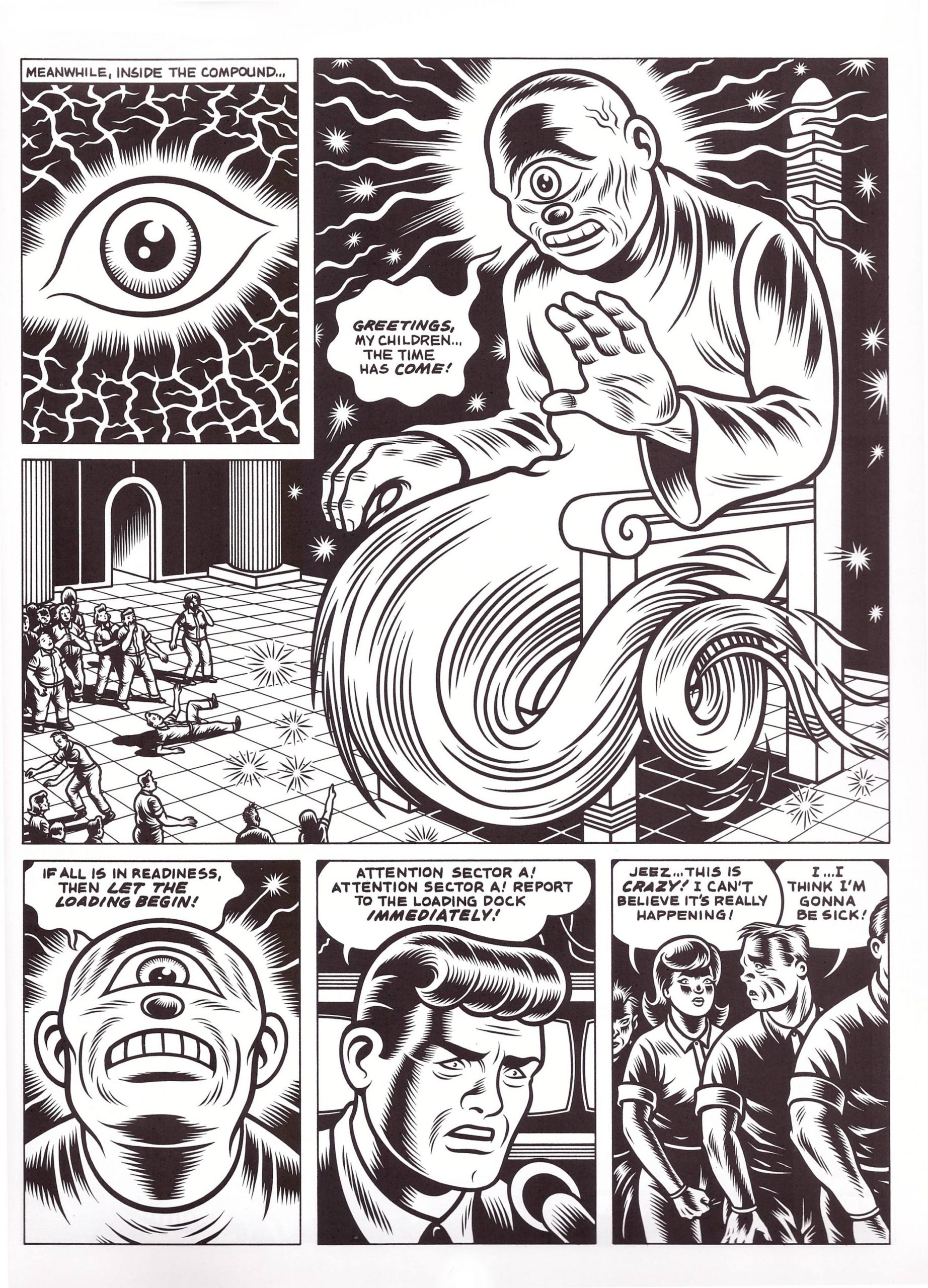 Since the original 1992 publication ‘Dog Boy’ has achieved a wider circulation via a series of MTV short animations. Never given any other name than Dog Boy, the lead character made the mistake of opting for cut-rate surgery. Having been told he needs a heart operation he can’t afford, he sees a newspaper add promising “Surgery $9.95”. Tracking down Doc Benway’s address he’s greeted by a shirtless bandaged man waving a gun. “Surgery? Why didn’t ya say so? Hey, come in. Wanna drink or something?” “I guess I should have realised there was something funny about Doc Benway, but I was desperate”, he narrates. He’s left with a dog’s heart and behavioural traits.

The humour’s a little bleaker in the story of Bliss Blister and his faked miracle ministry leading to the construction of a heaven and hell theme park: God’s L’il Acre. Here Burns riffs on the theme of Jack Chick, one of whose tracts he shows early in the story, and whose faceless God is the model for the theme park version. While his ministry may be fake, his visions are real, but others believe the God he sees may not be the real thing. The quality of his hired help leaves something to be desired as well. “Listen, this is God’s house. Either you take your clothes off or I kick your fat ass outta here.”

In both stories women, or, to be precise given the way Burns draws them, dames, play a prominent part. Are they the first step on the road to hell or redemption?

‘A Marriage Made in Hell’ is bleaker still, and may be familiar to readers of Raw magazine in years gone by. This is the earliest piece here, dating back to 1984, and it seems as if Burns appeared fully formed, as all his artistic ticks are present in this faux romance, which oozes the same creepy sense of foreboding present in all his work. This is a trick others have mastered, but none provides a pay-off like Burns.

The current Fantagraphics version adds to the content of the first Penguin edition with assorted covers created around the same period, and a Charles Burns wallpaper pattern with instructions to photocopy and use.