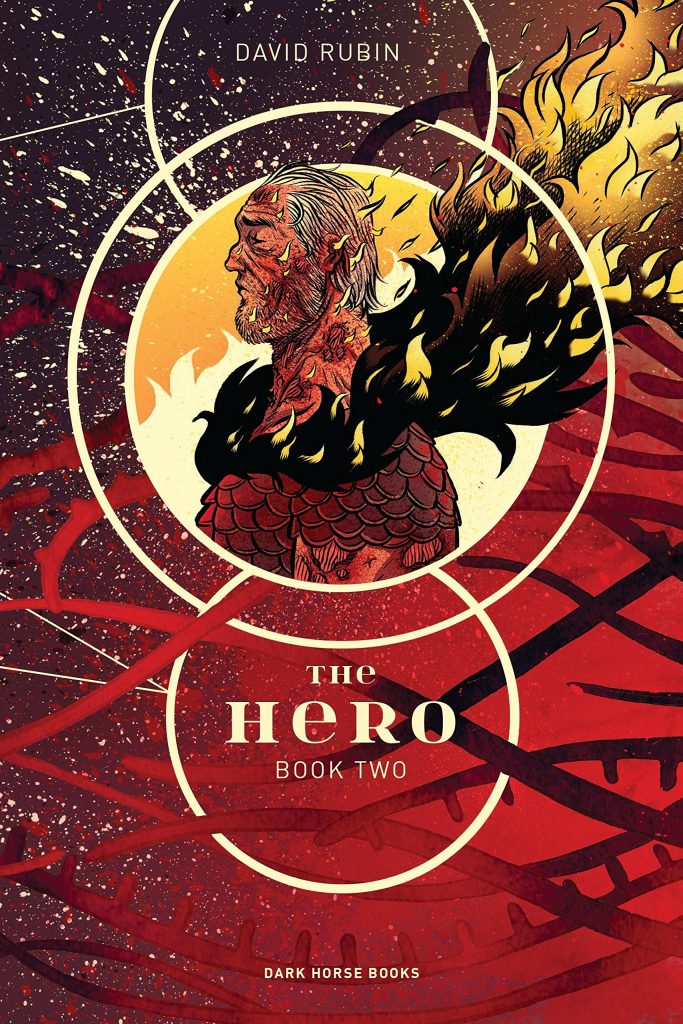 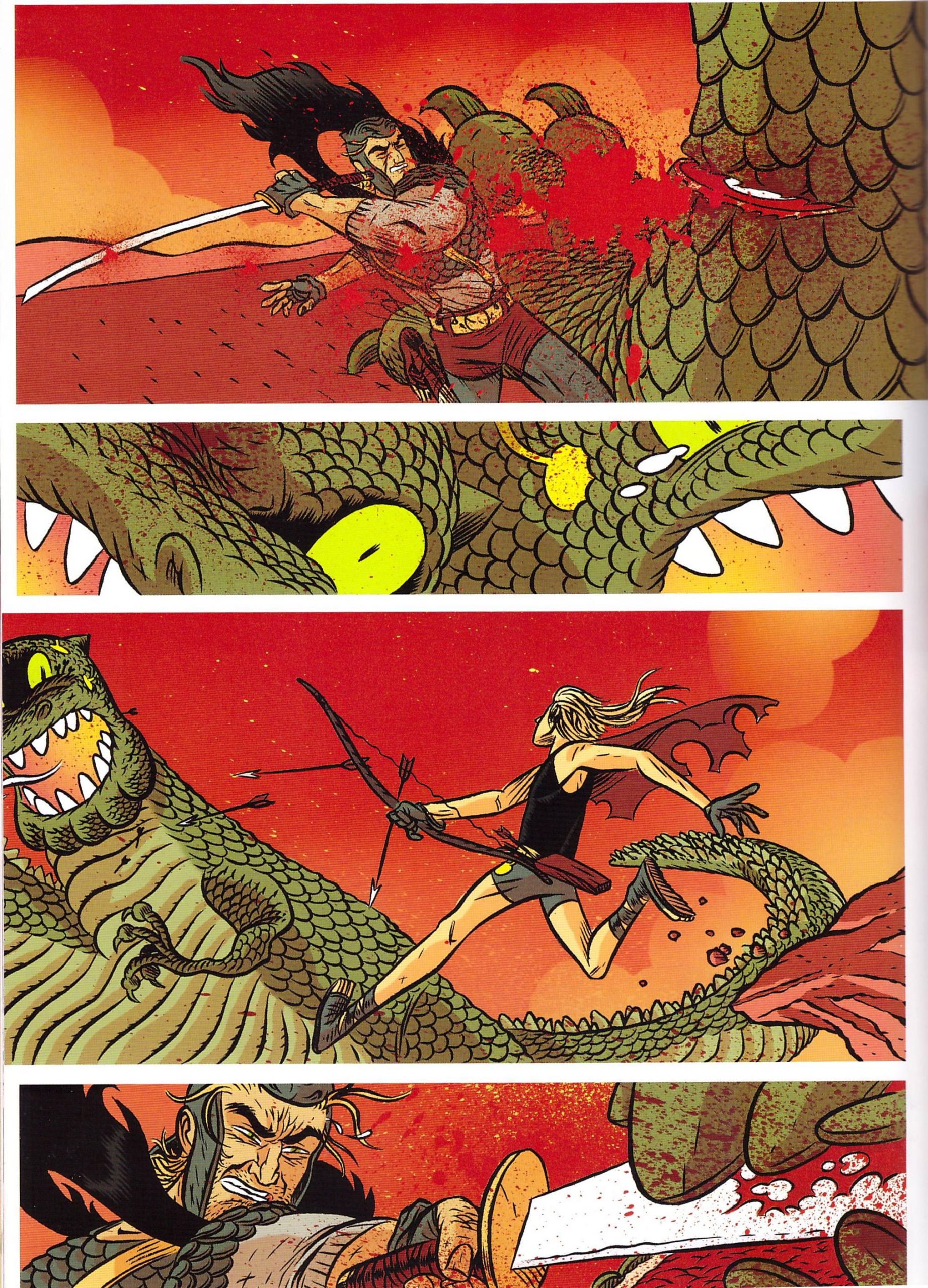 In The Hero Book One David Rubín took the legend of Heracles completing impossible tasks and produced something fresh and exciting from them. He remained true to the essence of the nine labours completed, while conceiving ingenious variations on them, Heracles succeeding via different methods, but no less heroically than in the original stories.

Book Two opens with the horrific incident that prompted the twelve labours in the original myth, Rubín’s achievement in transmitting the devastation of it all the more remarkable for it being a wordless chapter.

The mixing of the mythical with futuristic technology ensures the nods to Jack Kirby are apparent, and there’s Kirbyesque vitality to Rubín’s art, but it’s all his own style, Rubínesque if you will. The action scenes are phenomenally laid out to maximise the thrills, with spreads raising already high standards, and the pacing is almost manic in places as Heracles mashes through his duties. He’s ultra-violent in dealing with menaces, very protective of ordinary people, and far more considerate than his Marvel counterpart. There’s a vibrancy to Rubín’s colour also, and he uses that as one of several techniques to distinguish past from present.

Moreso than Book One, Rubín contemplates the meaning of heroism. The people Heracles saves have no doubts as to his heroic status, but others elevate the title of hero to high standards. That Heracles has fewer tasks to perform over the course of Book Two permits greater space for diversions, and Rubín is as imaginative with these as he is in re-imagining the original dozen tasks. We see an alternate version of Heracles’ life, where he’s born first and therefore becomes king as foretold, and how he deals with the problems already solved from his altered perspective. Rubín wrote and drew this in 2012, but it serves as a comment about the short-sightedness of anyone who builds a wall around their society.

Rubín has been consistently good on projects written by others, but he raises even those high standards to another level with The Hero. It’s thrilling, it’s conceptually astonishing, and thoughtful.