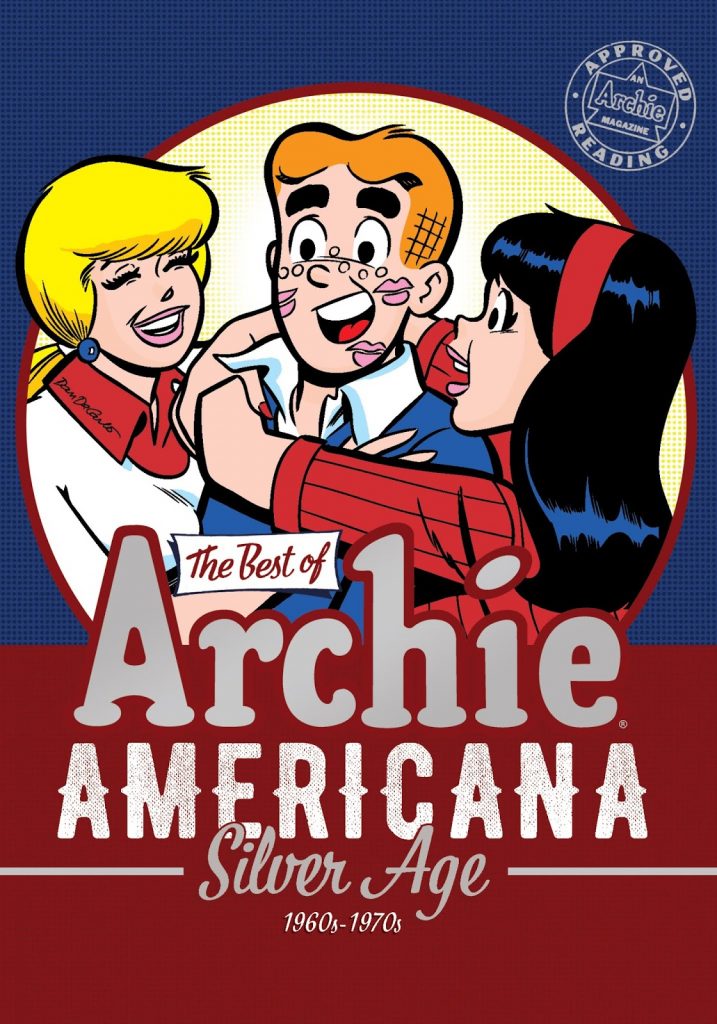 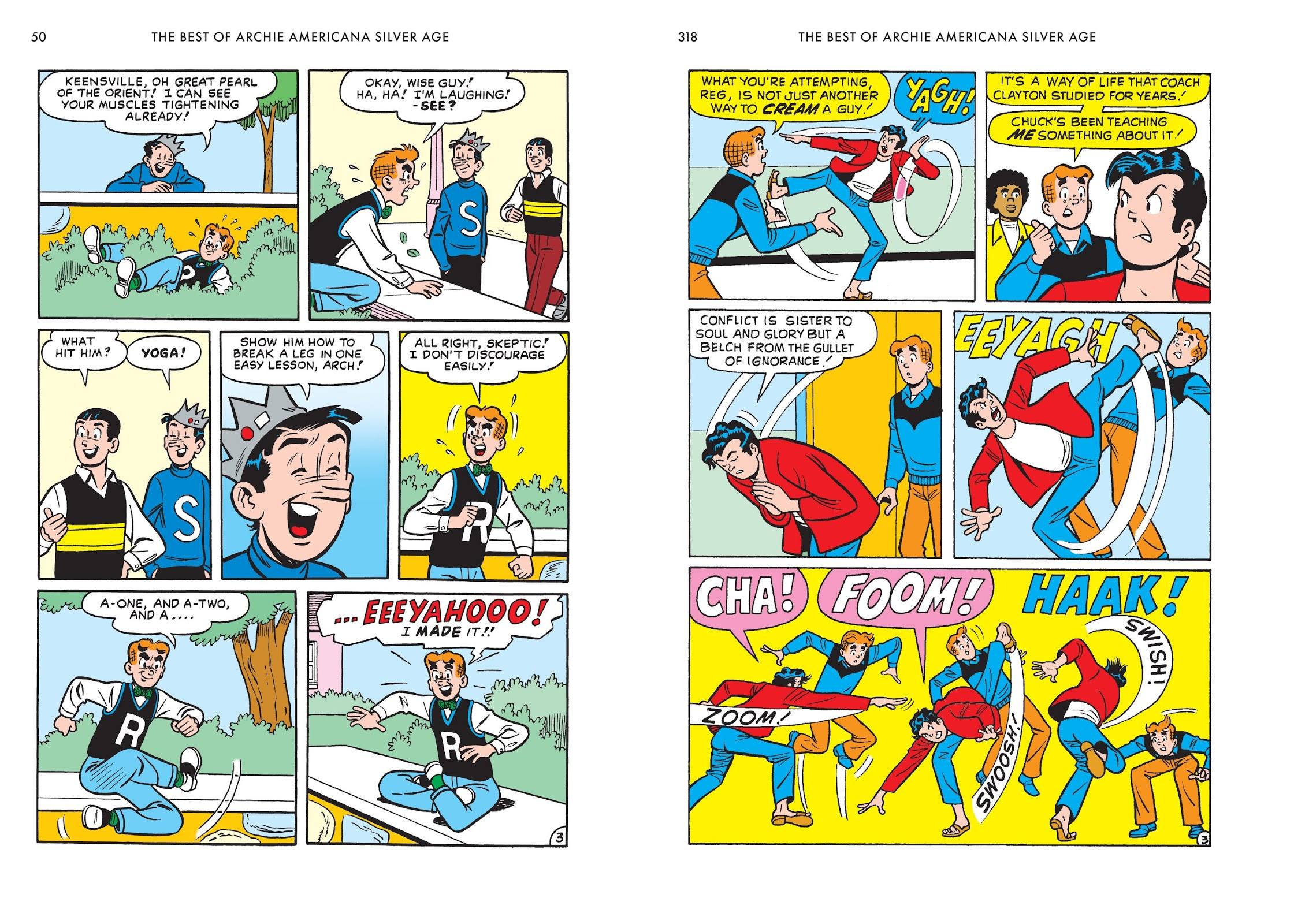 Archie arrived and grew in the 1940s, but really flourished in the 1950s, which is when he and his supporting cast not only imprinted themselves on American youth, but hit a quality peak seen in The Best of Archie Americana: The Golden Age. The cast expanded into areas other than comics, and the Archie line became bigger than ever, but from the mid-1960s the cracks were beginning to show.

This isn’t apparent from the artwork, where the likes of Dan DeCarlo and Harry Lucey continue to offer something near cartoon perfection, but as the chronologically presented short stories work their way through the 1960s, they become increasingly out of touch. The 1960s balance is weighted heavily to stories from before the cultural dividing line of 1967, and while any fads are just props around which the writers wrap their slapstick, the writers least understand beach hops and surfing. Later in the decade there’s the feeling they plain don’t connect with what they’re lampooning in any fashion, and the result is weaker stories. They’re largely anonymous as well because Archie don’t provide credits. While the artists can be recognised by the trained eye, the writers of some stories are identified by those contributing to The Grand Comics Database, which also holds true for the 1970s selection.

Music is the most frequently used theme from the 1960s. By then Archie had a cartoon show, and Sugar Sugar by his band from the show (The Archies, natch) had become an earworm the world over. They’re referred to as a garage band due to that being the location of their practice sessions rather than being what music fans would associate with the term. However, they’re very popular around Riverdale.

By the time we reach the 1970s, Archie seem to have acquired some new writers, as while they’re still largely anonymous, they do seem to at least have some understanding of what they’re lampooning. One who is occasionally identified (by the GCD, not the publishers) is George Gladir. He’s likely to be one of the anonymous writers on the 1960s stories, but honed his craft, and by the 1970s his scripts are likely to be less predictable and have a greater chance of still making readers laugh. That would be in keeping with his being the chief writer for Cracked at the same time.

This is a professional selection of stories, all well drawn, and offering a few laughs without ever approaching the invention and inspiration of the previous collection. If you’d prefer, the content is available as Best of the Sixties Book 1 and 2, and Best of the Seventies Book 1 and 2. Follow the links for greater detail. The Best of Archie Americana: The Bronze Age completes the series by looking at the 1980s and 1990s.