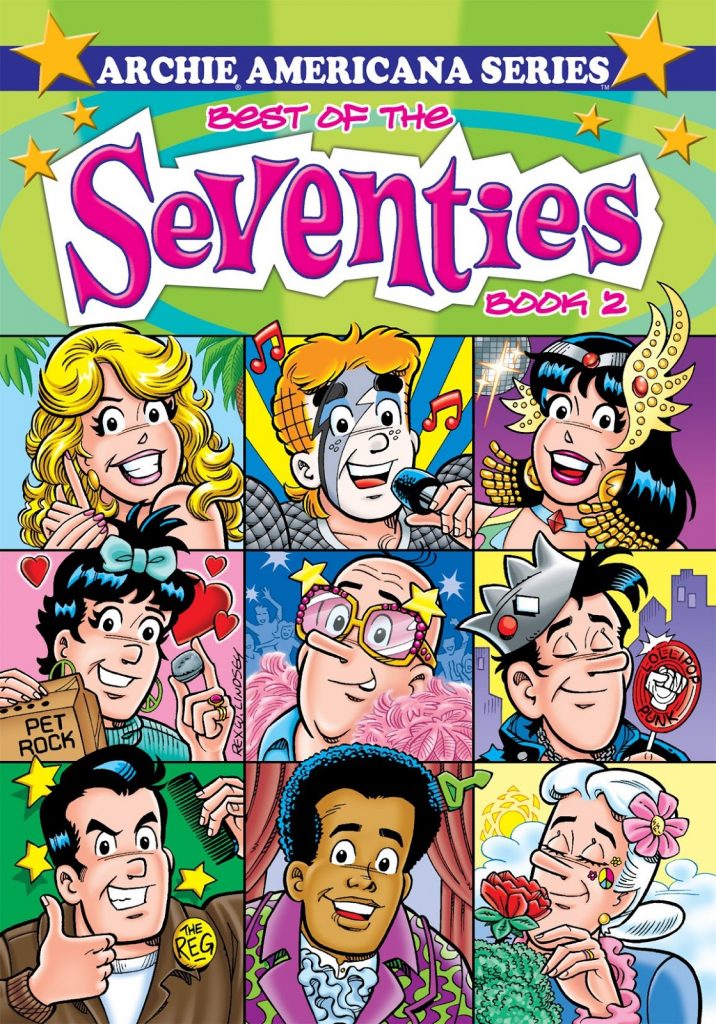 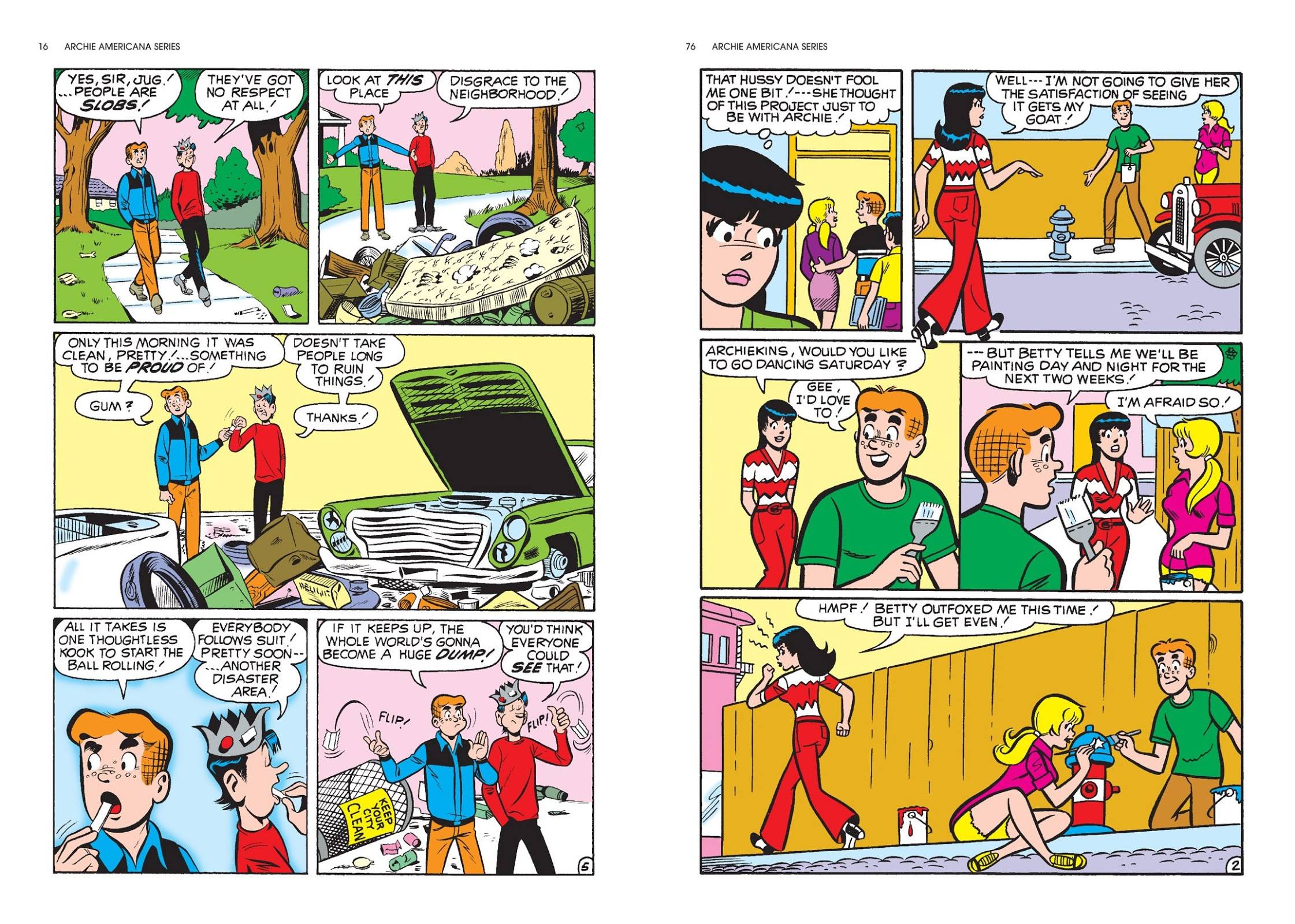 The pattern followed by the Archie Americana series is the first volume spotlighting a decade concentrating on the obsessions and fashions of those years, while the second is a more general skim through the Archie output. Interestingly, though, there are anomalies, and this 1970s collection features several looks at fads, Kung-Fu, music trends and women’s lib among them. However the most important new introduction is Chuck Clayton, the first African American to actually have a line of dialogue in these collections. It’s blatant tokenism rather than any attempt at proper representation of America’s cultural breakdown, but he’s at least an acknowledgement of broader society.

Harry Lucey’s fine sample art originates from an anomaly. By the 1970s Archie the company knew their widespread reach and influence, and began using their characters to provide public service messages. These were generally supplied as single page strips within the comics, and separated from the story content, but Frank Doyle’s plot for ‘Why Me?’ is blatant anti-littering propaganda from start to finish. It’s cleverly handled, starting with Archie and Jughead unaware of the example they set to younger kids and building toward the creation of a complete dumping ground.

Bob Bolling provides the other sample art, his neat way with the cast used on a Bicentennial story in which Archie gets to spend more time with Veronica. There’s an appealing straightforward simplicity to Bolling’s cartooning, and Jaime Hernandez cites him as an influence, which should tell you all you need to know.

The nearest the strips come to connecting theme beyond the decade of publication is music. Betty and Veronica are swooning over singer “Tom Jonah”, then “Lee Lee”, Mr Andrews complains about the kids’ musical tastes, and the Archies are told they need a gimmick by their manager, who has an unfortunate superficial resemblance to disgraced UK celebrity Jimmy Savile. In another nod to the times, the Archies are experience a lack of live bookings as everyone’s heading for the Riverdale discos. It’s also worth noting what bargain that expensive soda at $1.25 looks now.

This is a slightly better collection than the first Seventies book, with a few more laughs to be had. It’s also available combined with that and both 1960s collections as The Best of Archie Americana: The Silver Age. 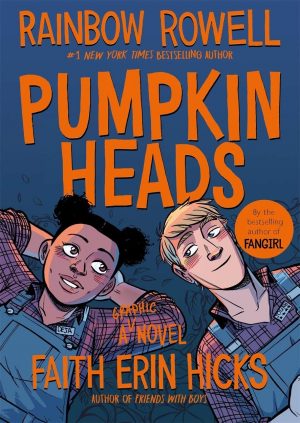