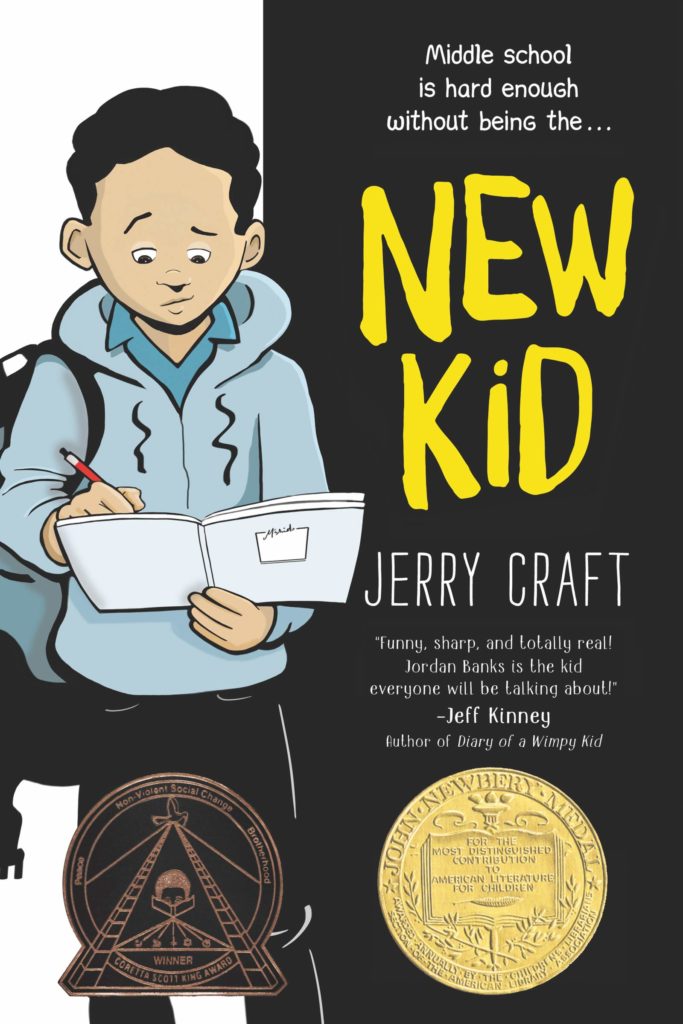 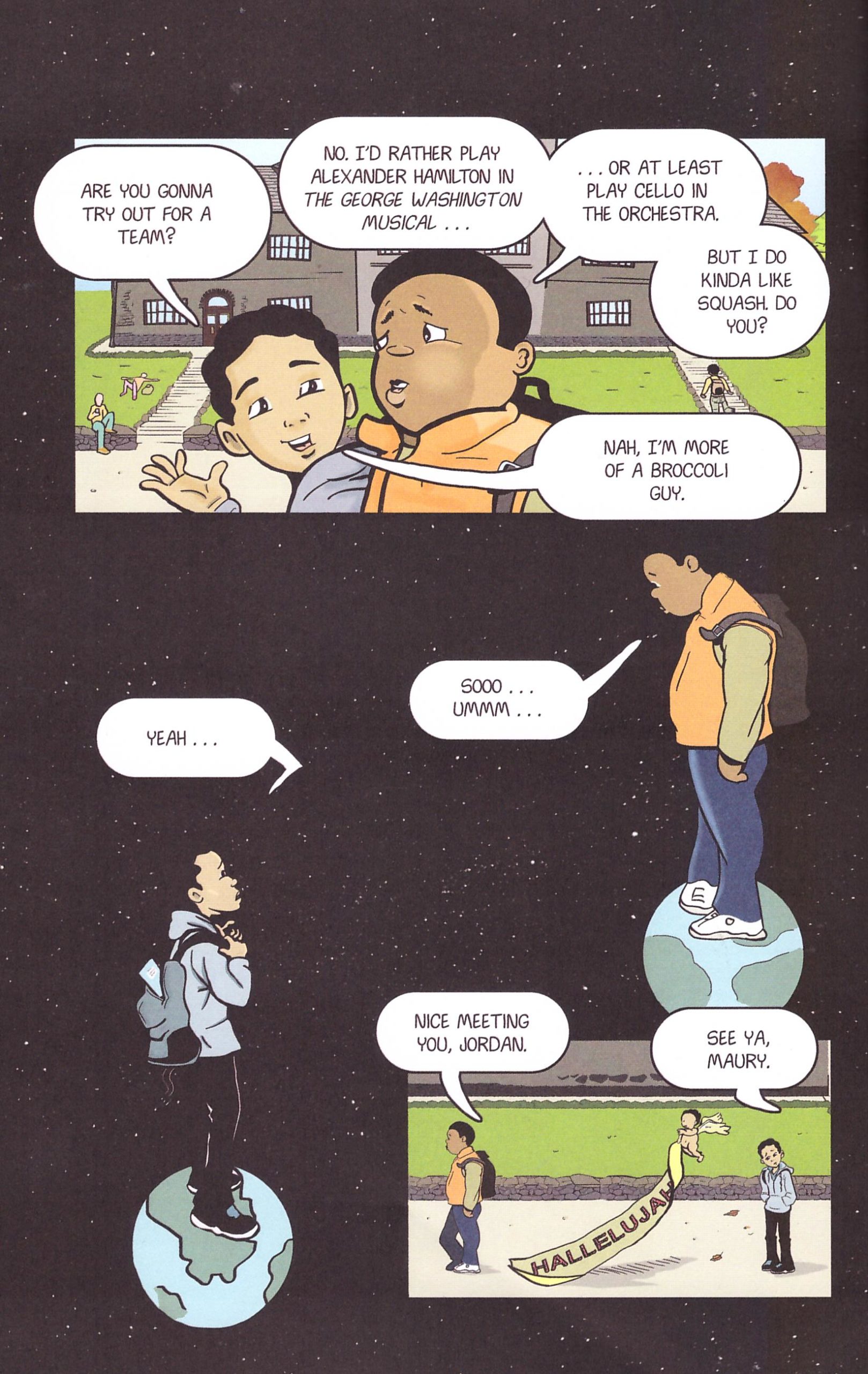 At twelve Jordan’s one hell of an artistic talent, yet instead of cultivating that, his mother figures he’d be better off not taking Middle School with all his friends in New York’s Washington Heights, but attending the exclusive Riverdale Academy Day School. It might be academically prestigious, but Jordan is one of the few African Americans there.

To begin with New Kid seems relatively ordinary, Jerry Craft providing the experience without much feeling, but the longer it continues, the more his storytelling methods aggregate. The Association for Library Service to Children don’t award the John Newbery Medal to any old trash, and Craft picked it up in 2020.

There’s no indication that New Kid is autobiographical, but Jordan sure loves to draw, and while New Kid is more about Jordan settling in than racism, there’s a subtlety about some incidents suggesting personal experience. Of course, it may not be Craft’s personal experience. An example is one of the two black kids in the small class being called the wrong name by a teacher. When it’s pointed out she apologises, and follows up by explaining the person whose name she’d used was a former student and difficult. Later the same teacher, again calling Drew by the wrong name, pulls him up for referring to Jordan as “dawg”, which is demeaning as he’s a human. An undercurrent of racism is detailed rather than overt name calling or physical attacks. There is some of that, but it’s more to do with the perpetrator being an idiot than a bigot. Teachers and pupils being patronising is another issue, but Craft recognises good intentions behind some misguided comments, and explains that feeling out of place at school is almost universal. For a long while there’s the impression that Craft is avoiding Jordan hanging out with his old friends, but that’s eventually dealt with very nicely. Were the story real, the pink shorts incident wouldn’t be forgotten.

Craft uses smart visual metaphors, seen on the sample page’s representation of worlds apart and a clarity about his layouts feeds into the needs of a younger audience. Also doing that is the intrusion of Jordan’s sketched explanations over spreads, explaining the lunch hall pecking order, an appreciation of Batman, Coach Bumdoody, or the difference between mainstream novels for children and African American novels for children.

There is an underlying message about us all being able to get along a little better if we put more effort into understanding rather than acting on assumption, but it’s not hammered home. Kids will pick up or they won’t, which is better than them putting New Kid down because they can see through an overstated message. Jordan’s a nice viewpoint into a world, and the way that world gradually opens is sympathetically handled in a graphic novel where the purpose is well defined and delivered.