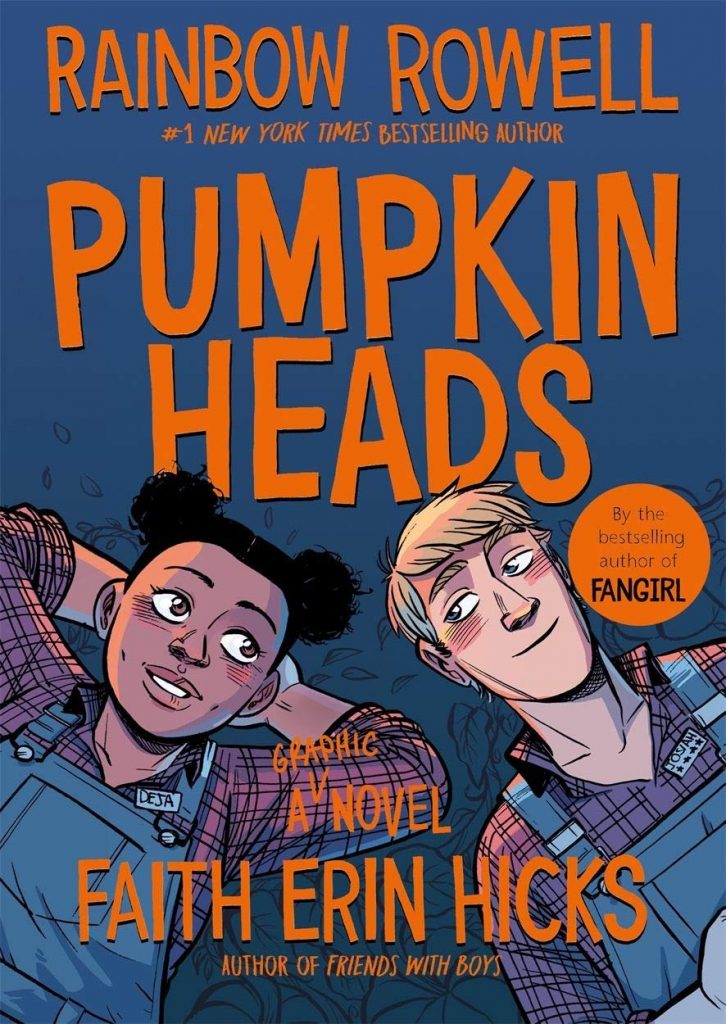 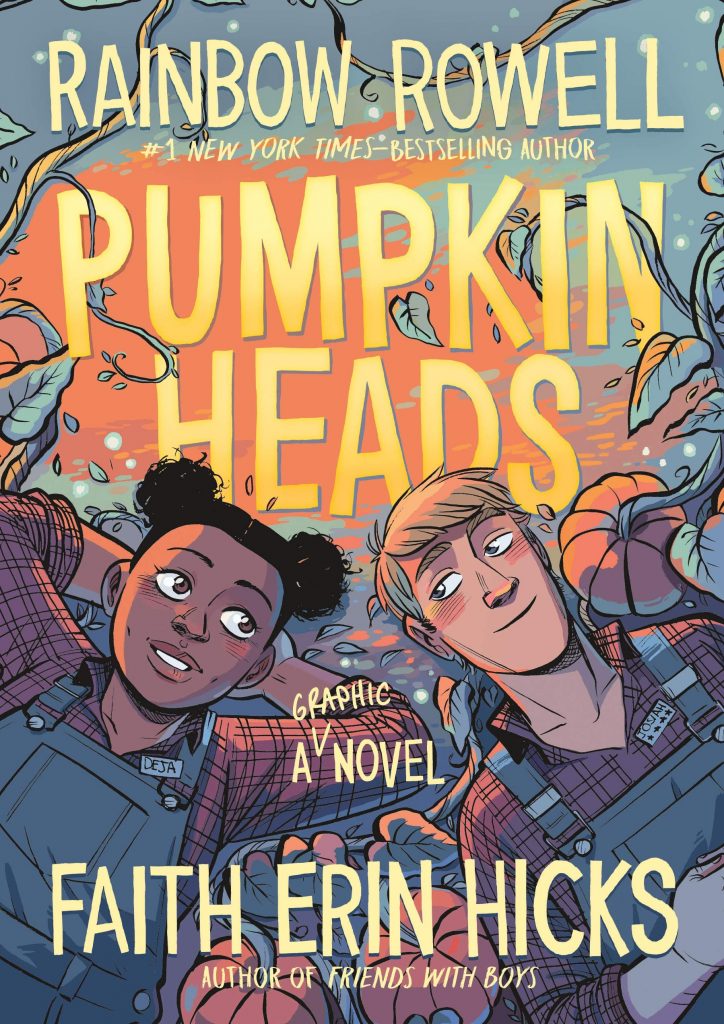 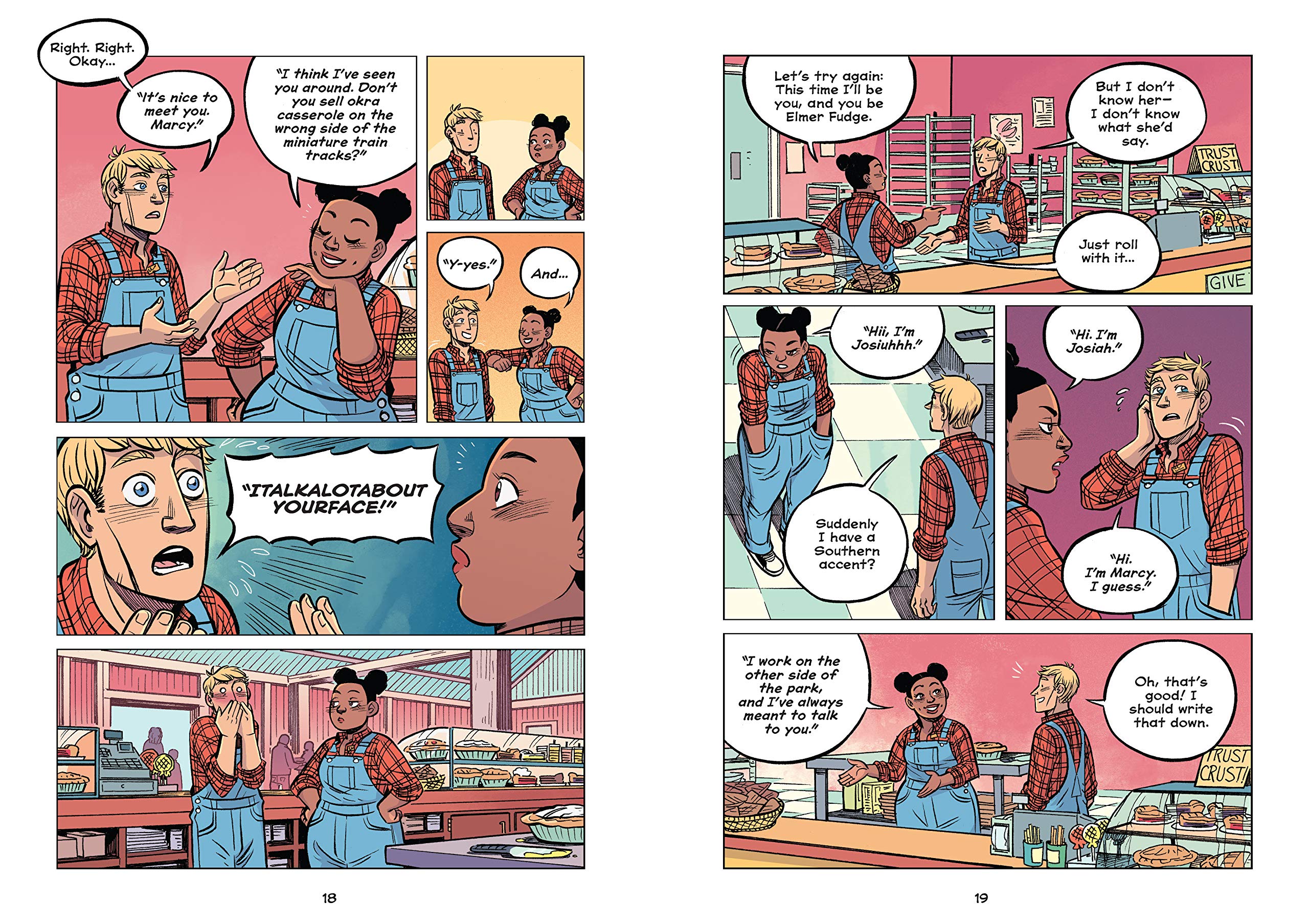 All the way through high school Josiah and Deja have worked at the Pumpkin Patch and Autumn Jamboree leading up to Halloween. Josiah is so diligent that for four of the five years he’s won the award for Most Valuable Pumpkin Patch Person, and regrets that a co-worker named Meredith beat him to it the year he was ill. For all that time he’s also fancied a girl who works in the Fudge Shop, without ever learning her name, never mind having the courage to actually speak to her. Deja is altogether more of a spontaneous free spirit, and this being their last day of their last September working at the event, she decides the time has come to change Josiah’s life.

Pumpkinheads is one long shaggy dog story, conveniently broken down into seventeen chapters. Rainbow Rowell begins with a mission that becomes a quest that eventually takes in almost all the delights of Pumpkin Patch as per the inside front cover map. Deja decides it’s time Josiah finally talks to the Fudge Girl, and the pair travel between the assorted attractions almost following a ghost, as staff are transferred at short notice from lesser populated places to those needing more help. The assorted locations become imaginative backgrounds for what Rowell gradually reveals to be a different form of bonding than she’s led us to believe.

Anything by Faith Erin Hicks is going to be a visual delight, and a measure of how good she is can be determined by the bulk of Pumpkinheads being a single continuing conversation. It requires astute visual characterisation, and Hicks supplies it, but varying the viewpoints and distances to ensure the pages never look dull. Colourist Sarah Stern reflects the location by using deep earth tones and between them the charm of the setting is supplied.

The educational moral of Pumpkinheads may not be apparent to the young adult readership until Rowell highlights it toward the end, but it’s worked for maximum impact because the effort has been put in setting it up. It’s counterpointed by a nice visual joke ending two other plot threads.

The two lead characters are thoroughly likeable, there’s absolutely no cynicism about the location, and the art is exactly right. A joy from first page to last.