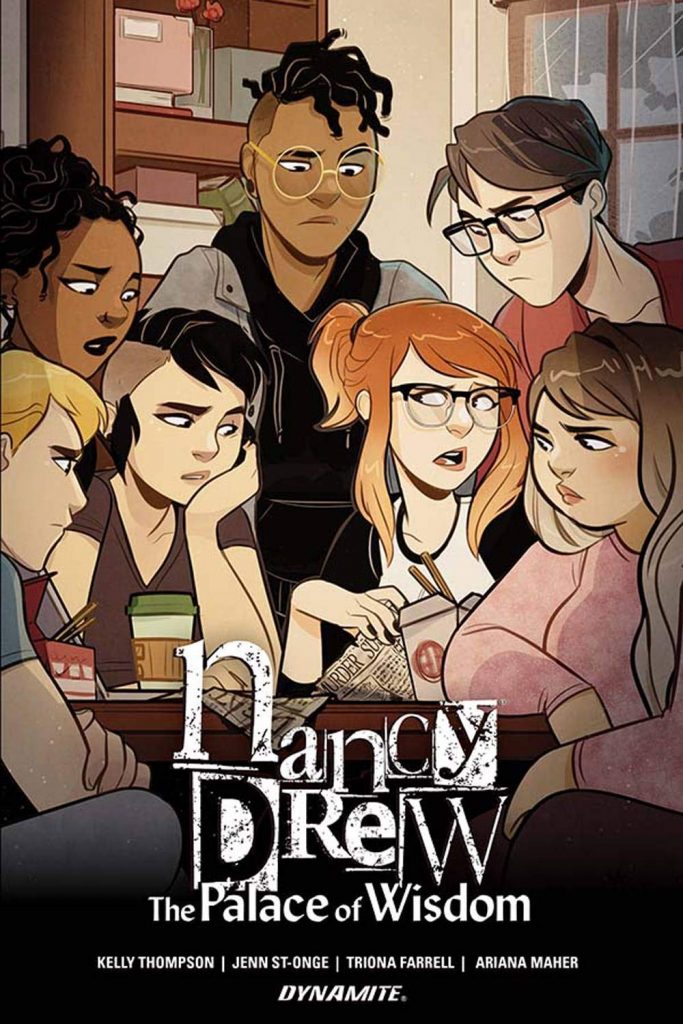 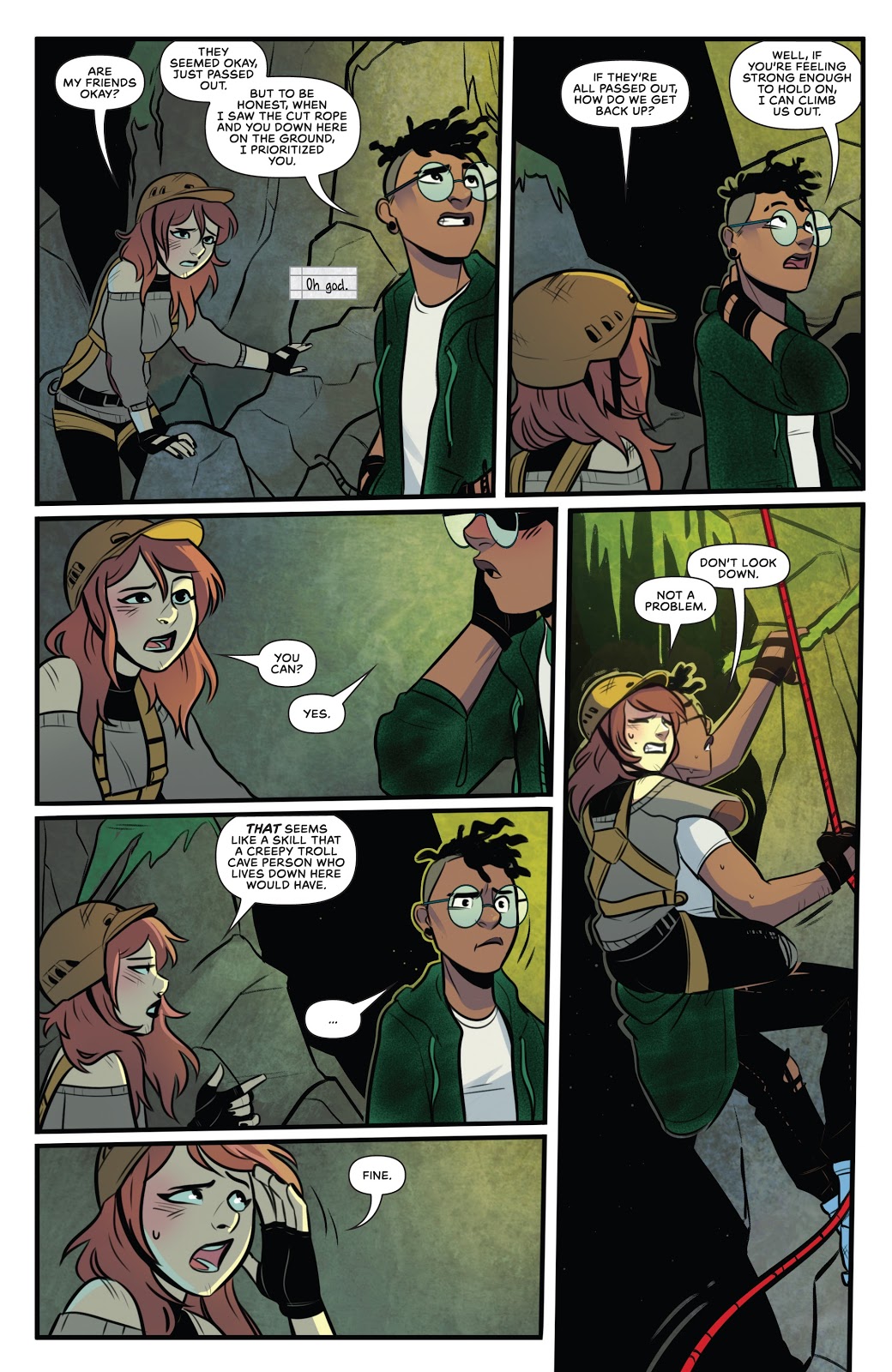 The adventures of young investigator Nancy Drew have delighted young adult readers for generations, but should she remain timeless and unrepresentative of the USA’s modern cultural and social aspects? Creative team Kelly Thompson and Jenn St-Onge have decided she can survive being updated to the 21st century, so she’s now college age with a new bunch of friends who at least acknowledge the broader diaspora of the American population. A similar approach is taken to Bayport where the supporting cast from the novels return, George Fayne now with an African-American girlfriend.

Nancy’s lured back to Bayport by a good old-fashioned challenge via a letter composed from words cut out of magazines and referencing her mother’s death. Also back in Bayport are the Hardy Boys, Frank and Joe, Edward Stratemeyer’s other popular 1920s teen detectives. For those who’d prefer their characters timeless, there is the concession of a brief glimpse back to the way things were over a few pages, along with the use of Bayport Library.

Perhaps some readers would prefer Nancy set in stone, never moving forward from how she was in their youth. That discounts several updates and revisions since her 1930 introduction, yet everything that makes a Nancy Drew novel enjoyable is present in The Palace of Wisdom, which is a clever title referencing two locations used. Despite the changes, Thompson and St-Onge respect the past. Their story is the type of mystery that would attract Nancy’s attention, it’s surely a treat to see how Nancy and friends have progressed, and there are amusing references to matters such as Bess Marvin’s parents never being home. There’s also a far greater attention to character than in the novels, adding a depth to stories where most aspects were just geared to moving the mystery forward. St-Onge’s vibrant visual personalities complement Thompson’s astute written versions, with Nancy still haunted by the death of her mother, and her friends showing traits building on their original versions. “I’m just saying I’m apparently more jacked into what’s going on in this town” explains Bess, and while Danica is somewhat the spare wheel after her introduction, everyone else has a moment or two spotlighted.

The Palace of Wisdom is a satisfying progression of an old classic, grabbing the attention from the start, and keeping it until the surprising ending. That seems to indicate a follow-up was intended, but as yet it’s not appeared, a 2019 Nancy Drew TV series notwithstanding. If it never turns up that’s no big deal, as we can have confidence in Nancy to extricate herself from any sticky situation, and she’s surely faced worse in the past.