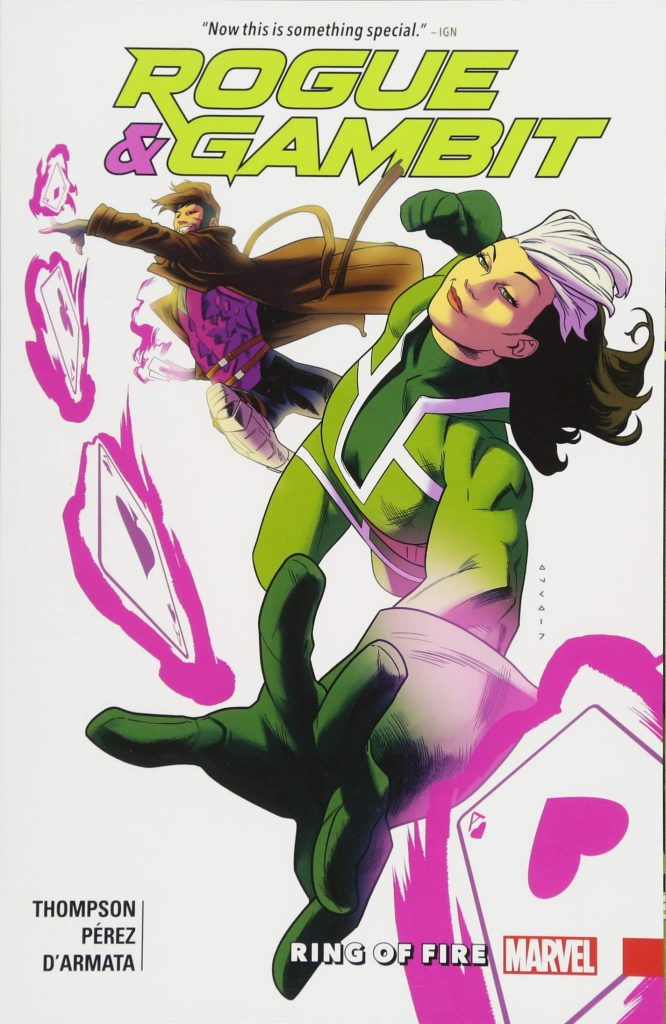 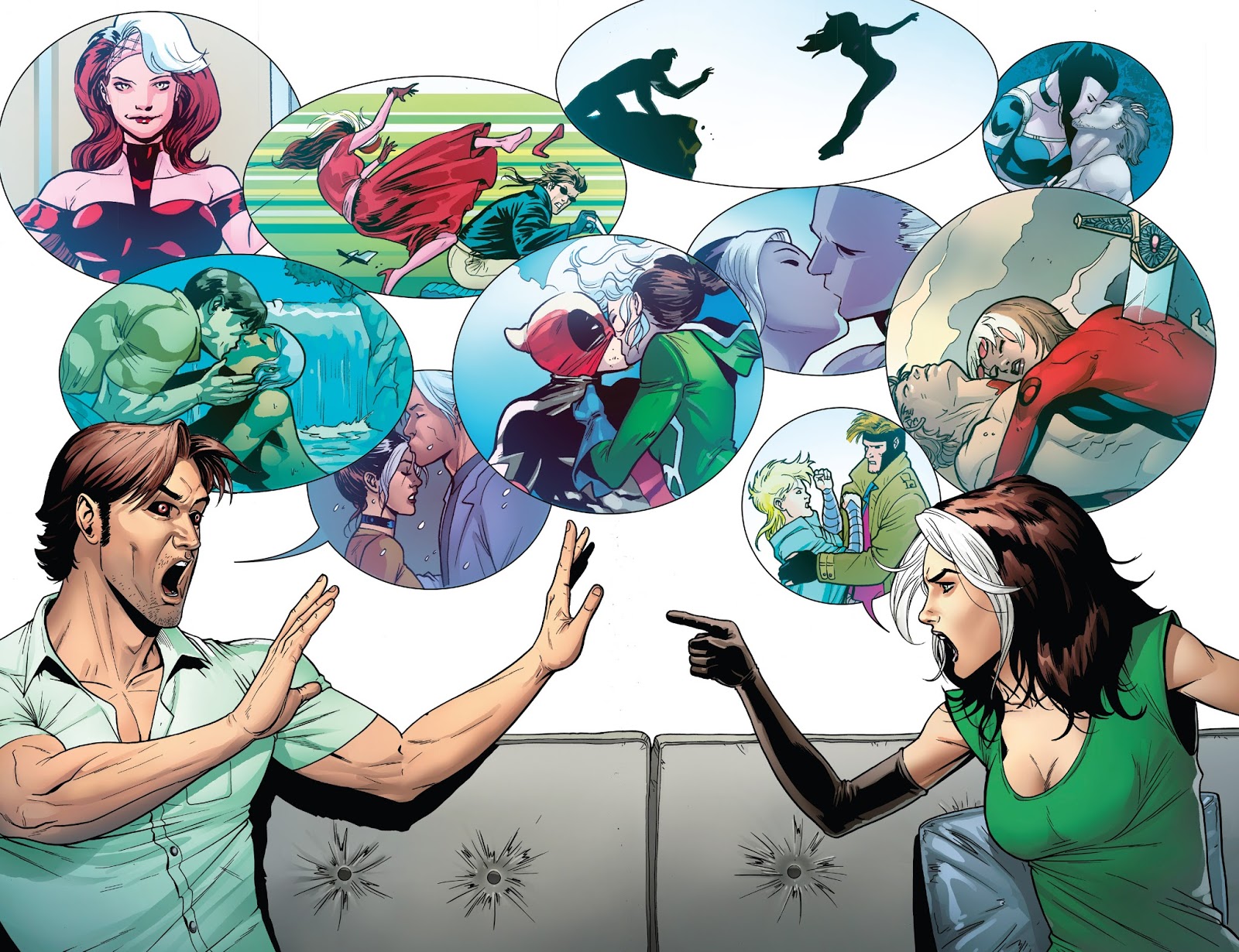 As a couple Gambit and Rogue have had fewer ups than downs over the years, theirs a relationship frustrated due to Rogue’s powers being something she can’t consciously control. If she touches someone, she starts to absorb their memories, personality and super powers if they have them, and prolonged touch can have a permanent effect. It seems a great super power until the personal consequences are considered, and that’s why Gambit and Rogue’s relationship has occasionally spilled over into misplaced anger and frustration. It’s also what makes them the ideal infiltrators when it comes to investigating an organisation offering to free mutants from their trauma, where mutants are seemingly disappearing.

Kelly Thompson’s plot is clever for not only providing a viable superhero mystery, but plenty of opportunities for Gambit and Rogue to address the problems they have together, while it also recaps their past, supplied in contracted form by Pere Pérez on the sample spread. It’s just as well he’s adaptable, as for the most part Ring of Fire needs character subtlety because it genuinely attempts to address relationship problems, not always conventionally, but effectively. Part of that is Pérez’s adaptability in providing expressions that sometimes tell a different story from the dialogue. That adaptability is also on display when it comes to the slips back into the past, Pérez changing his style to reflect that of the stories referenced as originally presented. Frank D’Armata’s colouring also plays a part in inducing memories of earlier times, becoming brighter and flatter. Elsewhere, as seen on the sample art, Pérez really impresses with his imagination and detail.

The thrust and counter-thrust of the dialogue is convincing as Thompson presents two people gradually peeling back to reveal their true feelings. That’s helped by what at first seems a random convenience, but actually isn’t. It ties nicely into Thompson using a villain whose powers reflect Rogue’s. The final chapter is the traditional superhero slugfest, with the conclusion never really in doubt, but some of the steps taken toward it a surprise.

Ring of Fire is going to have a greater appeal to those invested in Rogue and Gambit’s characters, but that’s not exclusive. It’s a smart story, well drawn and with something to say that any superhero fan should enjoy. It leads into Mr & Mrs X.