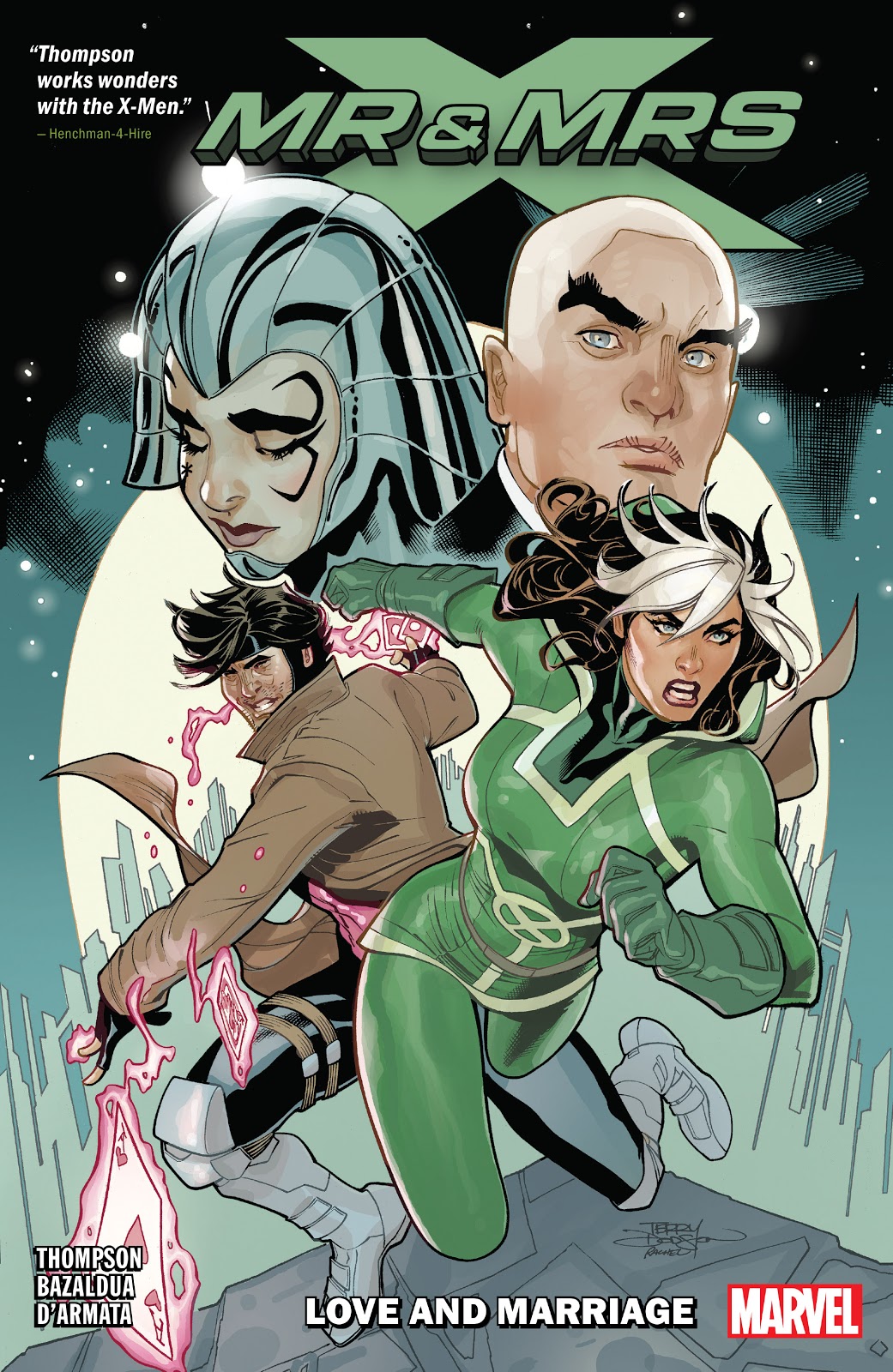 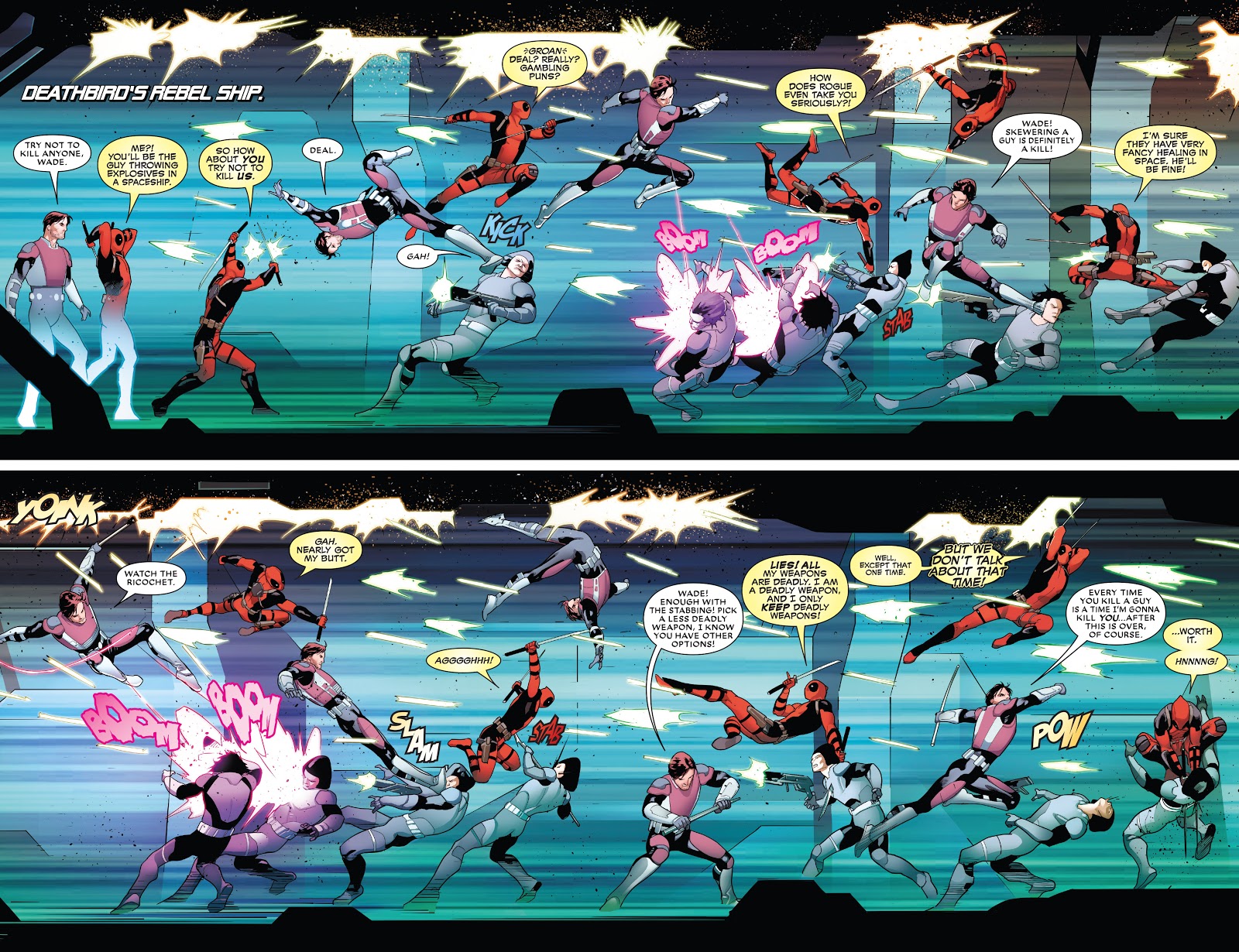 All X-Men related characters have had their torturous ups and downs over the years, but Rogue and Gambit must be near the top of the traumatic experience list. The Gambit and Rogue collection supplies a glimpse of a couple whose love can never be consummated, as any skin on skin contact for Rogue starts the process of her draining someone’s powers, memories and personality. Thankfully, technology has now overcome that problem, and Love and Marriage begins with the love, the marriage following rapidly after, and by the end of the first chapter we’re already into the complications of the Shi’ar Imperial Guard gatecrashing the honeymoon. They’re not the only ones. Before long Deadpool and the Technet are also searching for an egg that Rogue and Gambit have, and, of course, eggs are meant to hatch.

Kelly Thompson plots Love and Marriage as a protracted superhero sitcom in space, continually throwing in roadblocks just when it seems the complications have receded, and even more familiar faces. However, everything hinges on a plot device that isn’t as appealing. It’s meant to be fun as it toys with continuity, but would people really be as concerned as they seem to be, and would it really be as difficult to conceal the egg? Many alternatives occur given the people involved, and the big moment near the end has been telegraphed, so many will figure it out.

Oscar Bazaldua’s art for the main story is from the school of figures and flashes, which is perfectly acceptable, yet makes one appreciate all the more the artists who put the effort into ensuring their people are actually in places rather than circles of light. One such is usually David Lopez, but for the final chapter he fits in with what’s gone before for the most part, the exception being a great cutaway spread of a penthouse party.

Love and Marriage supplies a few laughs, a lot of surprises, and plenty of action while also addressing a few items from Rogue and Gambit’s pasts. All in all a superhero sitcom that’s also a clearing of the decks, but it’s not the genre changer you might have heard. Gambit and Rogue Forever follows. 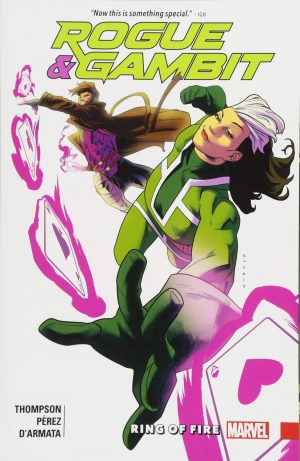 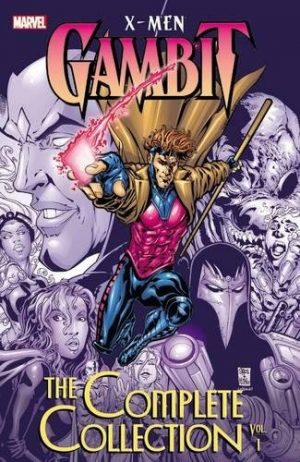 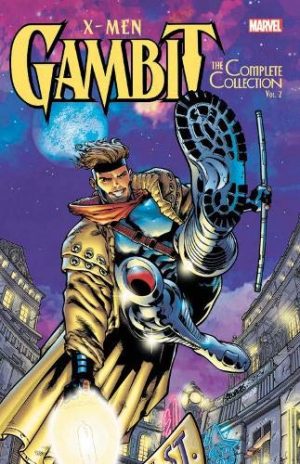