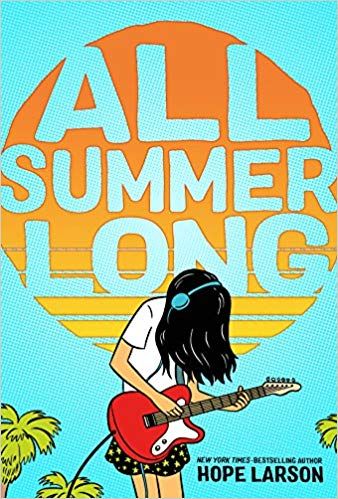 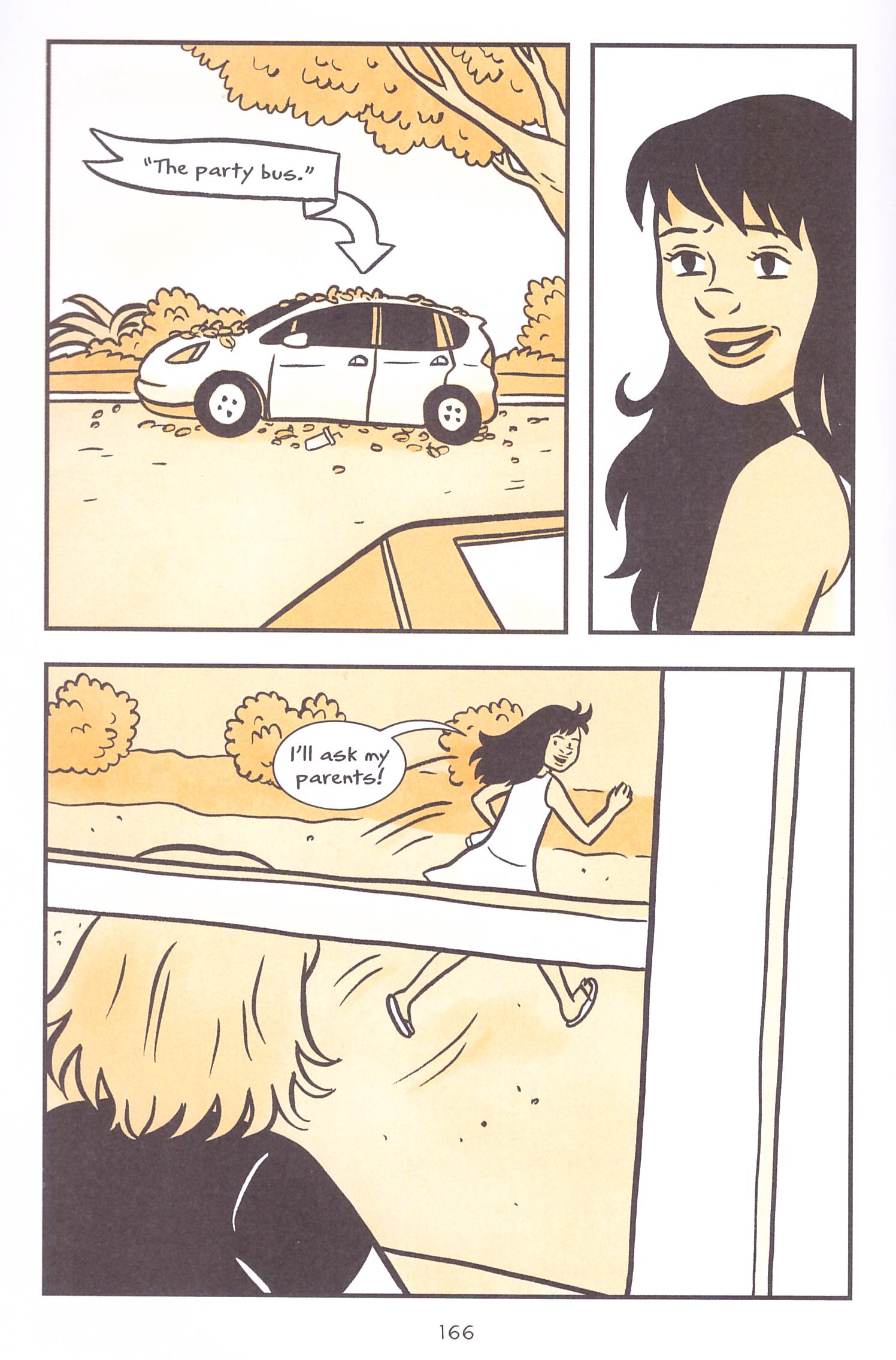 The sad opening to All Summer Long has Austin informing his friend Bina that at thirteen they’re too old to be continue tallying their summer fun index and he’s heading to a summer camp instead. At first Bina fills the hours watching TV, but when her mother cuts off her Instaflix access she’s forced to broaden her outlook. The first surprise is a growing friendship with Austin’s bigger sister Charlie, previously always intimidating.

Before they fully realise, both the young adult that All Summer Long is aimed at, or the slightly older reader will become captivated by the way Hope Larson sucks us into Bina’s life and concerns. These include discovering new music, her brother and his partner adopting a baby, and puzzling over Austin’s lack of communication from camp. The first third of the book is little other than Bina wandering around living her life, yet it’s rendered with such sympathy and understanding that you’re sucked into it anyway. Larson’s intuitive illustrations contribute greatly. She keeps the art simple, but captures every mood as Bina gradually discovers life beyond her comfort zone. Part of that is learning to stick up her for herself, which is nicely handled.

Following Bina’s everyday life is absorbing enough, but the crunch time comes with Austin’s return from five weeks of summer camp. He’s also been taking a step into a new environment, learning to cope with different inputs, and what Larson handles very well is how teenagers are unknowingly self-obsessed, never quite grasping that not everything is about them. She bolsters the everyday events with some nice anecdotes, and even characters only seen for a few pages are provided as fully rounded people we can understand.

So much of All Summer Long is to be admired, starting with the absence of virtue signalling about Bina. Her skin tone, unusual name and mother show her to be of mixed race, but this plays no part in what’s determinedly a story about an ordinary young girl. The sample art is from near the end and indicates the level of thought Larson applies to All Summer Long. Given what’s needed, most artists would have just drawn the car, but Larson goes that step further, adding the leaves showing it’s been parked under a tree and the discarded drink container, which is another subtle character touch. So is the optimistic ending, which leads into the sequel All Together Now.

By adult standards there’s no great drama to All Summer Long. That’s because too many adults forget how they felt at thirteen, yet teenage girls reading about Bina will see their own uncertainties reflected and take in the subtle message to be true to yourself and the more obvious advice to follow your interests.