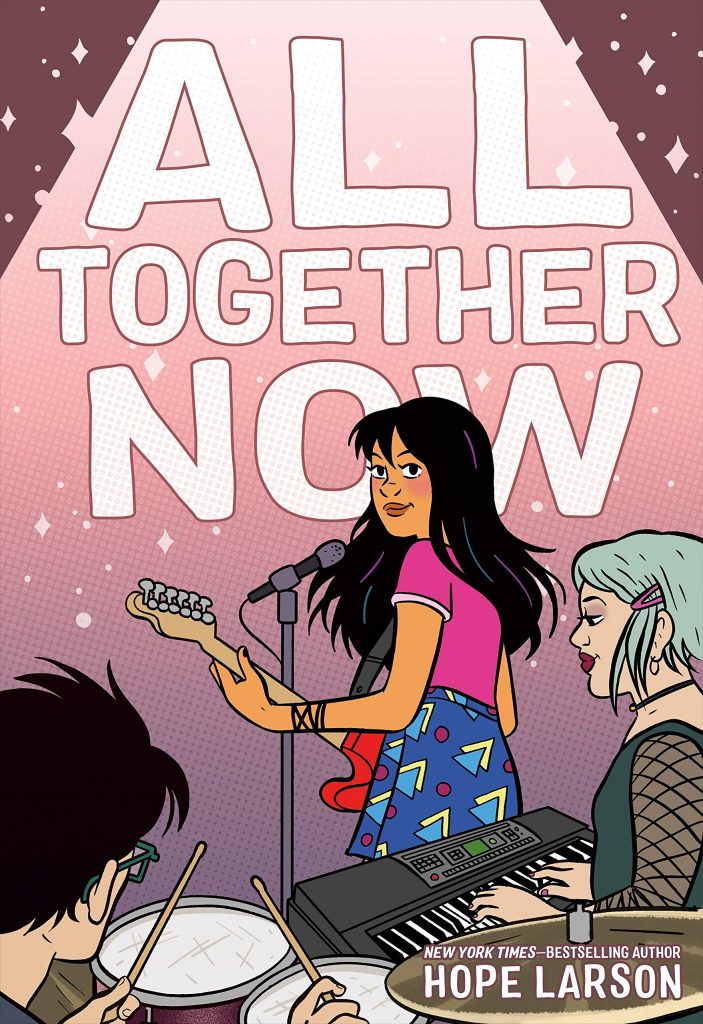 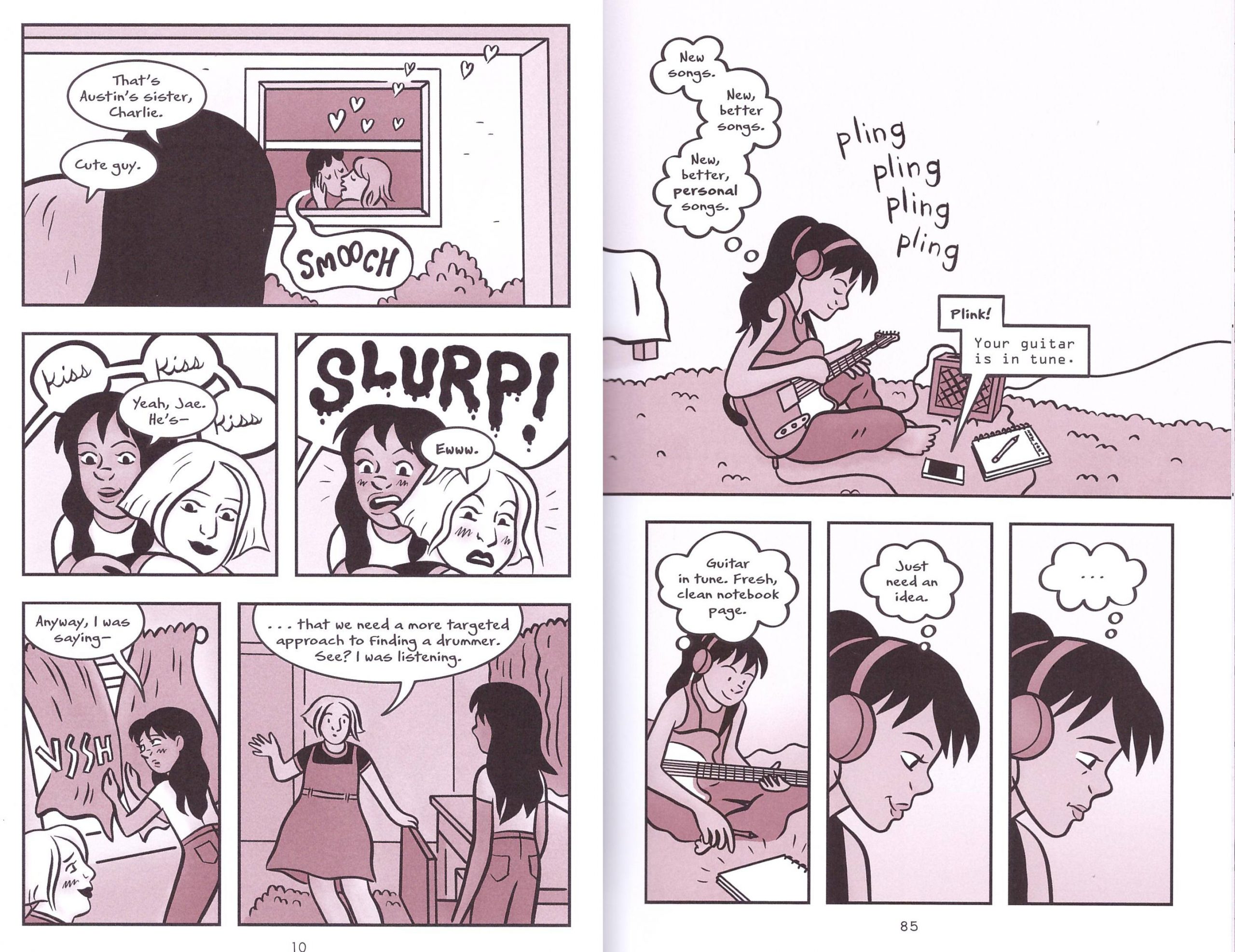 Hope Larson introduced neighbours Bina and Austin along with full family supporting casts in the joyous All Summer Long, which closed with Bina taking advice and advertising for people to join her in forming a band. All Together Now picks up a few months later. Bina’s flyer generated just one worthwhile response, but keyboard player Darcy has become a firm friend. They now need a drummer, as Darcy notes a drum machine is a major mood killer if they want to play live. It turns out she has someone in mind…

Having characters grow along with their readers is an interesting idea, but it makes All Together Now slightly less inclusive than All Summer Long. While Bina’s love of music featured before, here it’s top heavy in making music central to the opening third. This isn’t always as subtle either, with Larson even briefly resorting to intrusive narrative pointers indicating the mood, and while teenagers can be jerks, it wasn’t previously a part of Bina’s character. It comes as a surprise, although her mother sympathetically asking about cramps after one blowout is a nice touch. It’s something that should perhaps be acknowledged more in books for teenage girls.

However, by the time we reach a nicely constructed scene at a party, Larson has All Together Now back on track. Music’s still important, but as we’re moving through time relationships are on the agenda. A pleasing aspect of Larson’s writing is that she doesn’t just restrict this to relationships between the younger characters. A scene pivotal to the structure (although it might not seem that way) is the bonding of a family camping trip, Bina’s mother noting the importance of refocussing the mind at times. Larson builds a strong emotional brew, and reinforces that the courage to turn something down is as important as the courage to seize an opportunity, which may sound like a mixed message, but is entirely consistent with All Summer Long’s thoughts about following instinct.

Moreso than previously, Larson’s art sells the emotional moments so solidly, understated when necessary, and the full on rant at times, which makes the clumsiness of the explanatory captions stand out. Anyone introduced is distinctive, and care is taken to ensure not everyone looks like they work at a model agency, which is another good message.

Those of a certain age who wondered if a band called the Primitives being mentioned in the last book was just a coincidence will revel in names Larson drops from her own youth, and head for their CD collection. While not quite as strong as All Summer Long, this is certainly no disappointment, and the plan is that Bina and friends return.