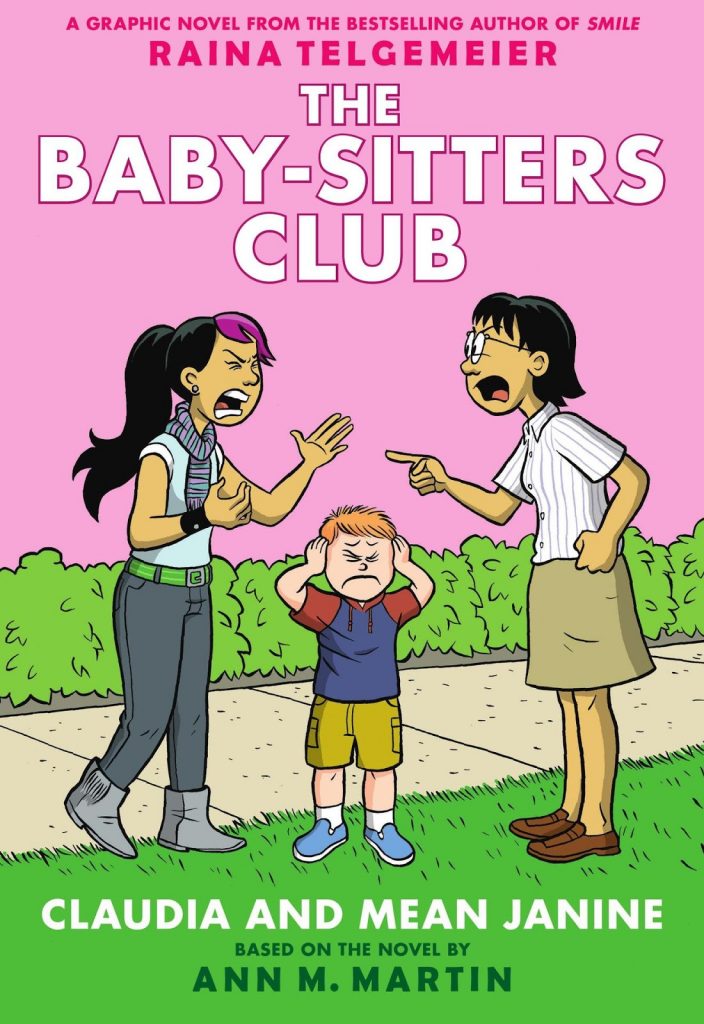 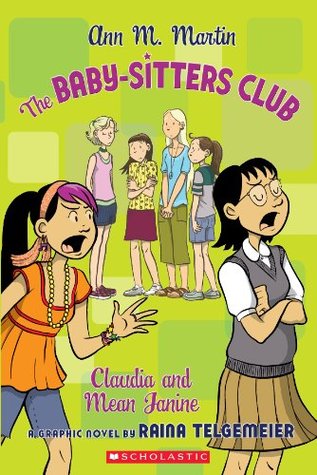 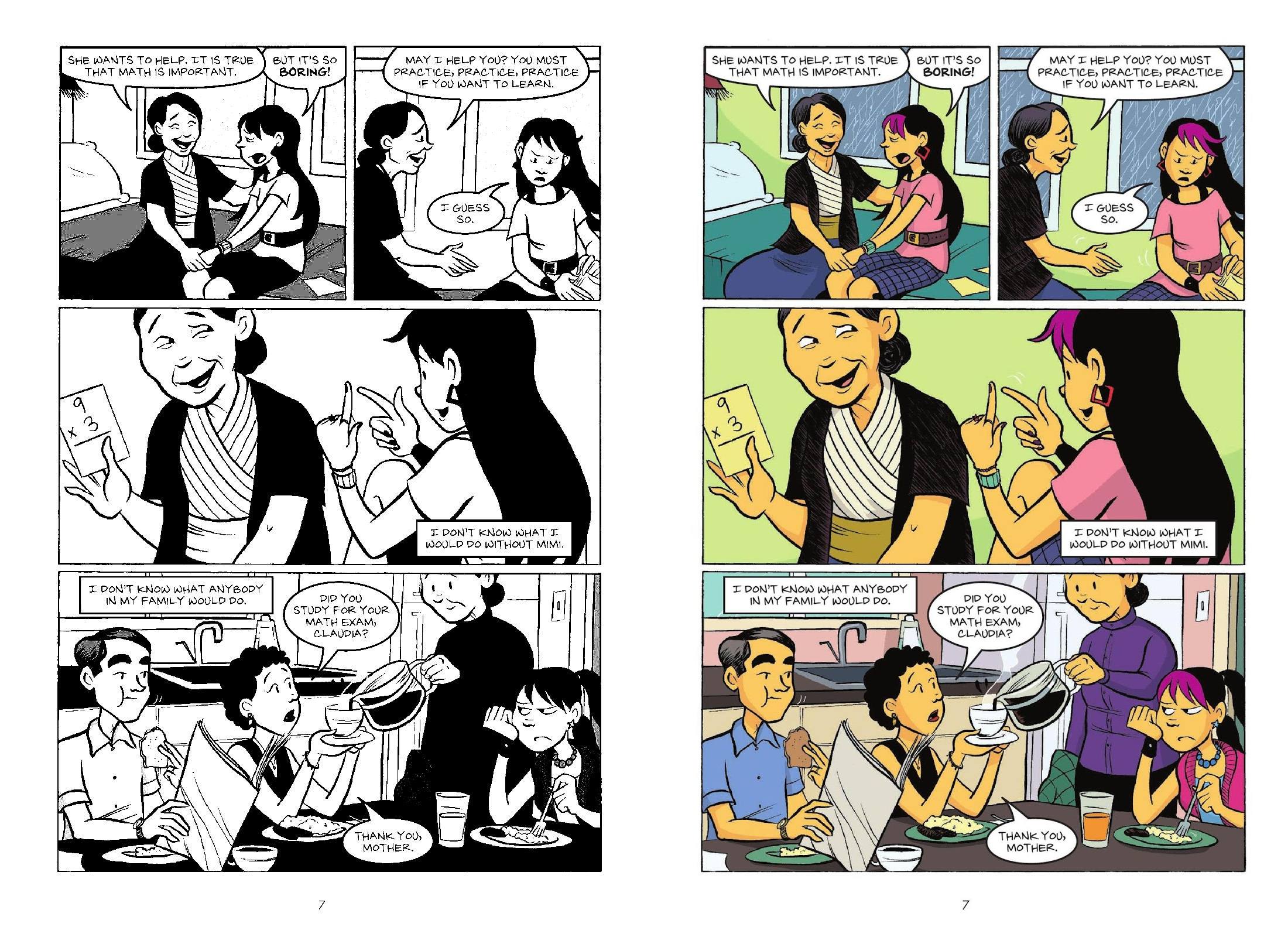 A really nice aspect of The Baby-Sitters Club as a series of both novels and graphic novels, is how well the characters progress. Ann M. Martin and Raina Telgemeier introduced us to four babysitting girls in Kristy’s Bright Idea, and with Claudia and Mean Janine all the main cast have had a turn in the spotlight. While the supporting cast have smaller roles, they’re still people we’ve come to know over three stories, and Claudia’s grandmother, who’s important here, falls into that category. There’s also a beautifully pitched chapter following up on a scene from Mary Anne Saves the Day.

Claudia is artistically talented, but not academically inclined, a situation made worse by her sister Janine enjoying her schoolwork and breezing through all exams. Their parents prioritise that over Claudia’s activities, which breeds resentment and widens the gap that already exists between the sisters, Janine’s remorselessly logical personality contrasting Claudia’s more heart on the sleeve type. As with so much of Martin’s writing, she makes the point that all talent should be valued, without hammering it home. When there’s a family situation it’s Claudia’s practical experience that proves useful, not Janine’s education.

The big idea for is that with the summer coming up it might be a good idea if the Baby-Sitters Club also ran a playgroup. It’s where the series departs into what would generate a social work report in the UK, but it’s apparently okay in the USA to leave your infant children for several hours at a time under the supervision of twelve year olds. Back in the fictional world, Martin generates a fine set of problems for the girls in a playgroup setting, the most pressing being getting the spoilt Jenny, who we’ve seen in earlier books, to play nicely with other kids.

This is Telgemeier’s final time drawing The Baby-Sitters Cub, and her progress has been considerable. From the start her pages were charming and assured with the girls all well defined, and the expressions on people’s faces always appropriate. However, her greater confidence is visible here. She’ll include more people in a panel, pose them differently and take other viewpoints, and she’s grown into the presentation of larger scale comedy scenes, so a chapter with kids trying to look after a dog is a riot. One strange item is that after the makeover in Mary Anne Saves the Day, Mary-Anne is now back to her standard pigtails look, but a point is made of Stacey having a new hairstyle, presumably so there’s no confusing her with new addition Dawn.

Claudia and Mean Janine was originally issued as a black and white graphic novel in 2008, but the slightly smaller colour editions are now the standard. Telgemeier branched out to rework her webcomic Smile to great acclaim, but the series continues with Dawn and the Impossible Three next.

You’d not know from the sympathetic adaptation, but in case it matters, this adapts what’s actually the seventh Baby-Sitters Club novel, and has presumably been bumped up the adaptation schedule to give Claudia her turn in the spotlight before newer member Dawn, and returning to Kristy. The earlier novel Claudia and the Phantom Phone Calls wasn’t transformed into a graphic novel.