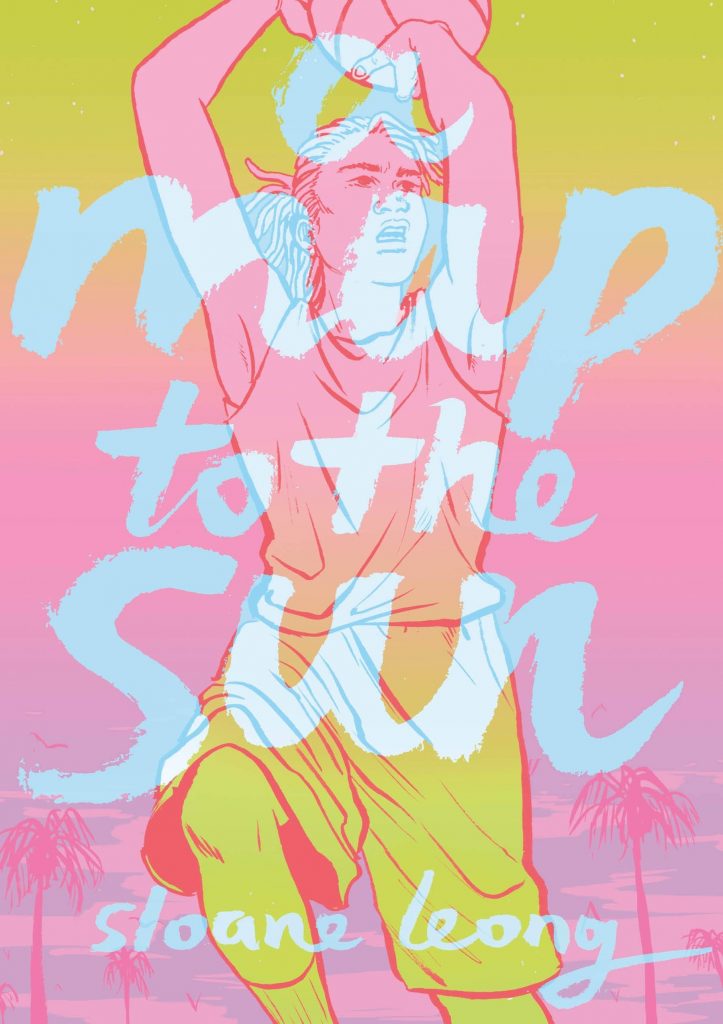 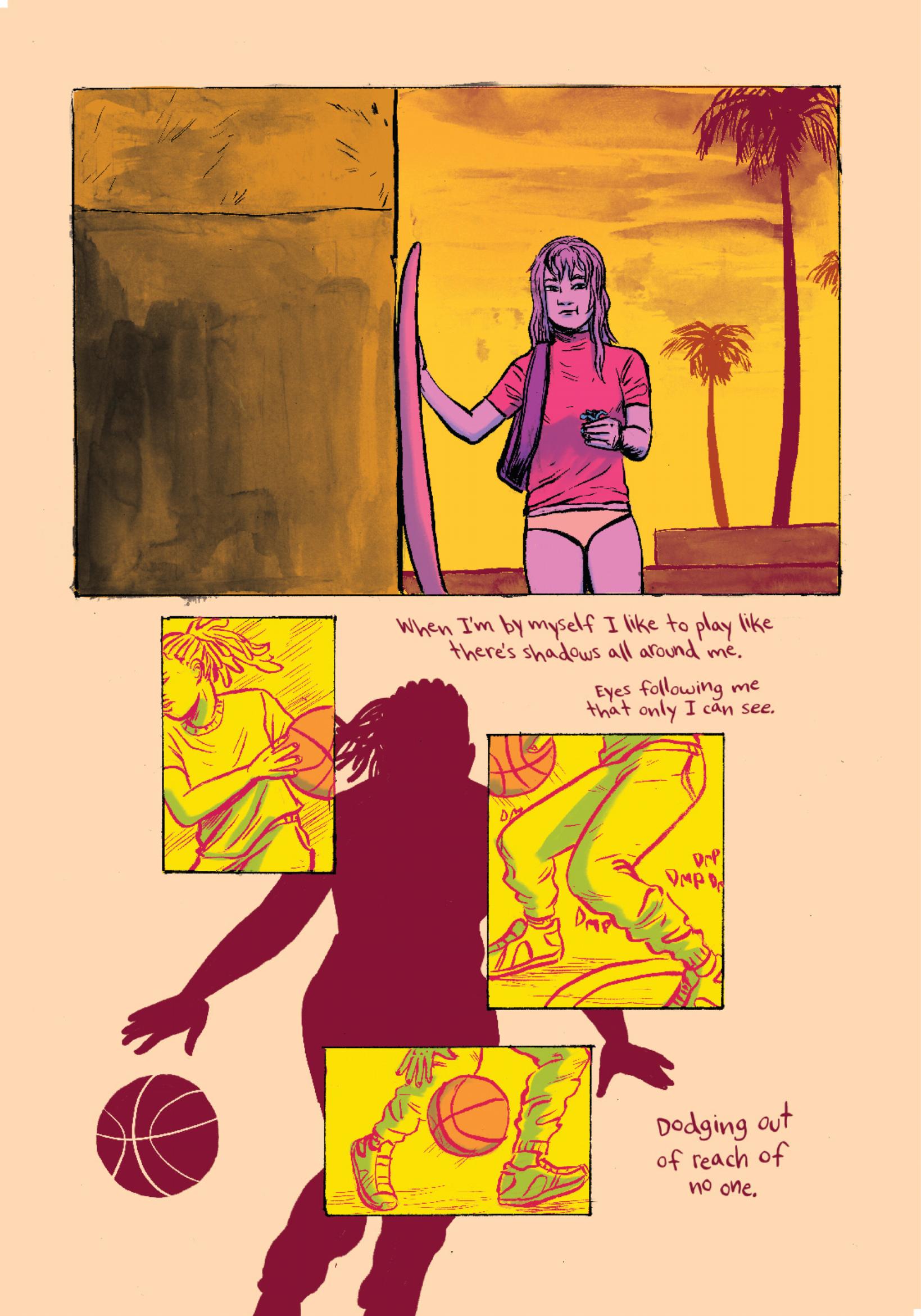 Luna and Ren meet by chance the summer before starting high school and bond instantly, the naturally cautious Ren responding to the completely open Luna. However, just before the summer ends Luna has to leave. Ren’s texts are unanswered, and a couple of years pass.

It’s a real surprise to head to Sloane Leong’s website and discover she’s a self-taught artist. In comics that so often signals a derivative style based purely on other comics, but A Map to the Sun has a startling visual sophistication. The utterly distinctive choice of colour first catches the eye on the sample page, vivid and supposedly mismatched, yet indicating a sweaty hot day far more innovatively than traditional methods. The inset panels indicate motion via frames where the movement’s so fast it hasn’t been caught neatly, and the sketchiness adds to that impression, while not enclosing the narrative thoughts in a caption further emphasises speed. Laying those panels over a silhouette anchors them to a shadow, something only briefly glimpsed. It’s the page where Luna and Ren first meet, and a similar kinetic approach characterises the frequent basketball games that feature later. The only place where Leong’s style fails is on the bland and vague cover, although the colour combination ensures it stands out on a shelf.

There’s a compelling authenticity to how lives play out. Luna is Hawaiian, and Ren African American, and an important part of what Sloane Leong creates is just what day to day life is like for their real world equivalents, building this from minor moments. That’s unusual, but what cements Leong’s worldview is a sequence where she spotlights why the school doesn’t encourage any team sports for girls. At the highest level it’s such an important contribution to the lack of opportunities, and basic physical fitness is the lowest, yet denied because the budget barely covers fixing broken classroom chairs.

The cast expands with the introduction of Anella and Jetta, the friends Ren’s made since starting high school, then So-Young, Leong showing what home life is like for all of them, along with what they’ve been though. How that affects their attitude to school doesn’t need spelling out, nor the unspoken hanging sword of how their future will be. Adults will see the danger points as they arrive, but an interesting touch is how the kids can also pick up on them after a while. They’ll also pick up that support is way more valuable than the enemy of constant negative reinforcement whenever anyone tries to better themselves.

For all the innovation and naturalism Leong doesn’t entirely skirt clichés effectively. An inspirational teacher who cares is a pivotal piece of narrative glue, and the broad path is predictable, although goals are kept to realistic stages. Readers may also be unsatisfied that some problems aren’t resolved, just left to raise their heads again, although that’s true to life.

With the money floating about the professional game, too many are unaware basketball was created as sport to be played with a minimum of equipment in poor areas, and Leong brings that out. It provides a brief oasis of fun amid everything else the cast have going on. Also pleasing is the notion that team sports don’t have to be about winning, although that falls by the wayside.

There is no tidy resolution, but the cast have come a long way since being introduced, and that alone may offer hope to readers in similar situations. A Map to the Sun is sensitive, intuitive and immensely readable.