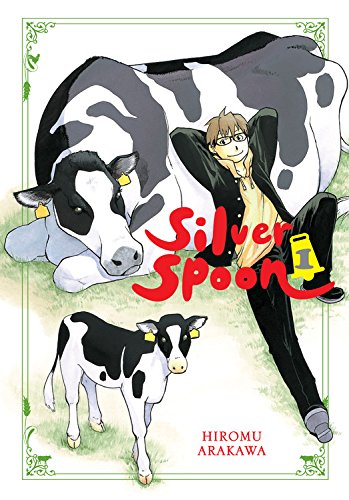 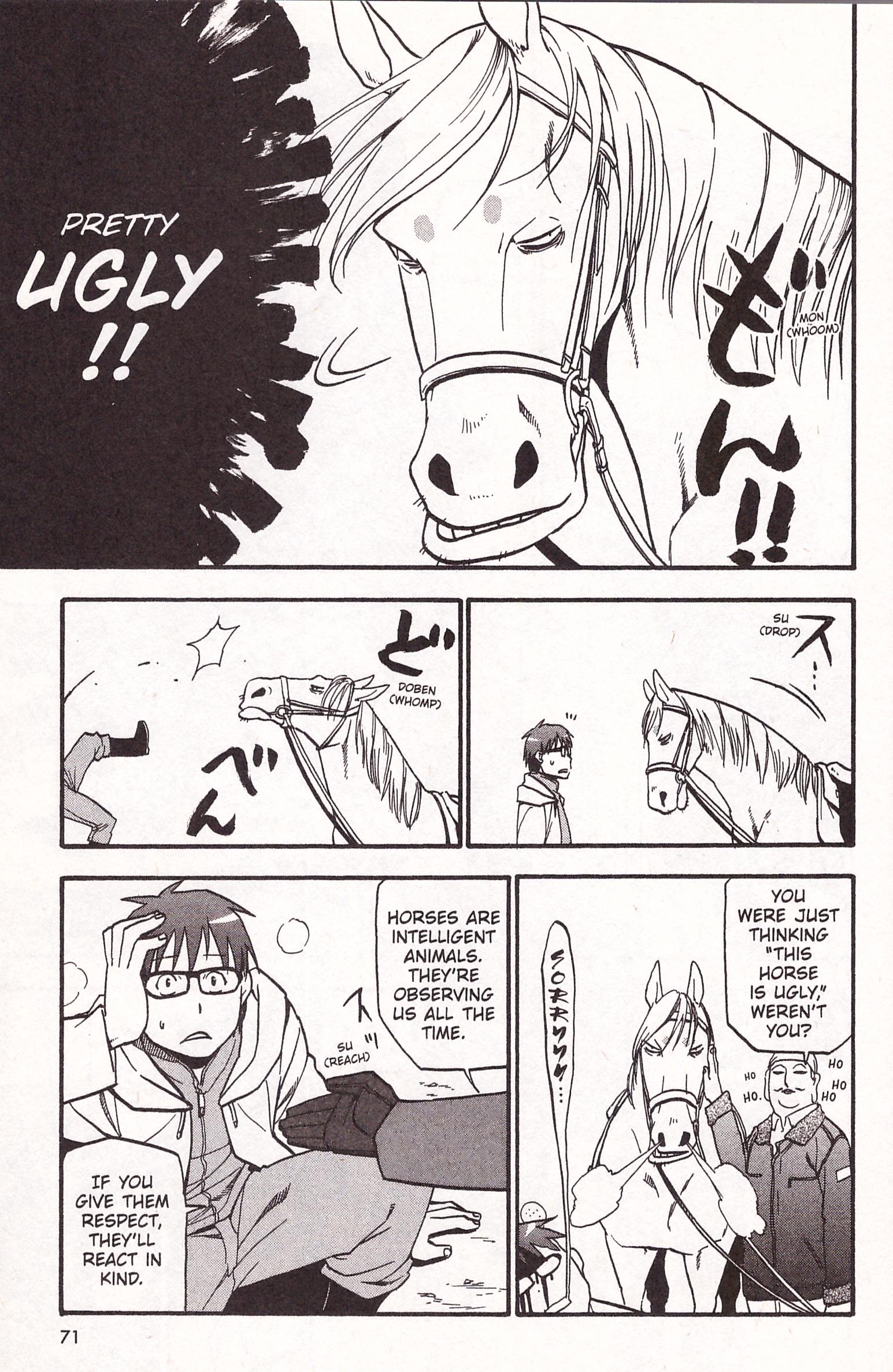 It’s difficult to image any English language comic creator, or indeed European equivalent, deciding the ideal location for their comedy drama is an agricultural training academy. Does that reflect an insular outlook discarding a wide range of potential themes? Hiromu Arakawa would certainly claim the latter, and her stories of Yuugo Hachiken’s rural mishaps amount to fifteen volumes in total.

Yuugo starts at both an advantage and a disadvantage. He may be considerably smarter than most of his first year intake, but they’re almost all from farming families, and he doesn’t know the first thing about farming, or indeed domesticated animals. An early shock is discovering where chickens lay eggs from. Almost everyone else has a goal, but his purpose is undefined, comments about avoiding his family the only hint, and he quickly discovers farming is a physical pursuit and a very tiring occupation involving far more fitness than he expected. Arakawa supplies all this with considerable good humour and not a lot of sympathy for Yuugo, his privileged earlier schooling counting for nothing among his new schoolmates. Along the way she educates readers about farming methods, current debates in farming, ethical issues, and animal responses, everything supplied with a level of respect that seems to exceed mere story research.

Arakawa plots Yuugo’s experiences via school terms, the opening ten chapters of ‘Tale of Spring’ occupying this and spilling over into Silver Spoon 2, and by some considerable distance the shortest term she deals with. Only the single chapter takes place away from the school, and for anyone outside Japan it’s an interesting look at their form of horse racing. Instead of pacing and speed being all, shire horses pulling jockeys on sledges have to mount two hills, which can’t be achieved without some tactical considerations. It’s cleverly counterpointed by the following material in which there’s some discussion of the characteristics needed for several trades involving animals. A vet notes that it’s not enough to want to save animals in his trade, a requirement is an ability to be able to kill them if necessary. Confronting sentimentality with reality occurs throughout Silver Spoon.

When the primary cast members are introduced, they’re somewhat one-note, but Arakawa gradually layers them, often surprising with how they view a situation, but always consistent in context. Yuugo’s background is perhaps disclosed by the series title, but his motivations remain concealed. By the end of this volume he’s been defined as a basically decent sort, but with some issues, and no great affinity for country pursuits. We’ve learned a lot alongside him, most prominently that there’s no sentimentality in nature, and it’s been a fun time. More follows in Silver Spoon 2. 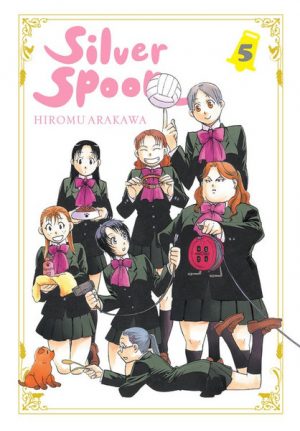