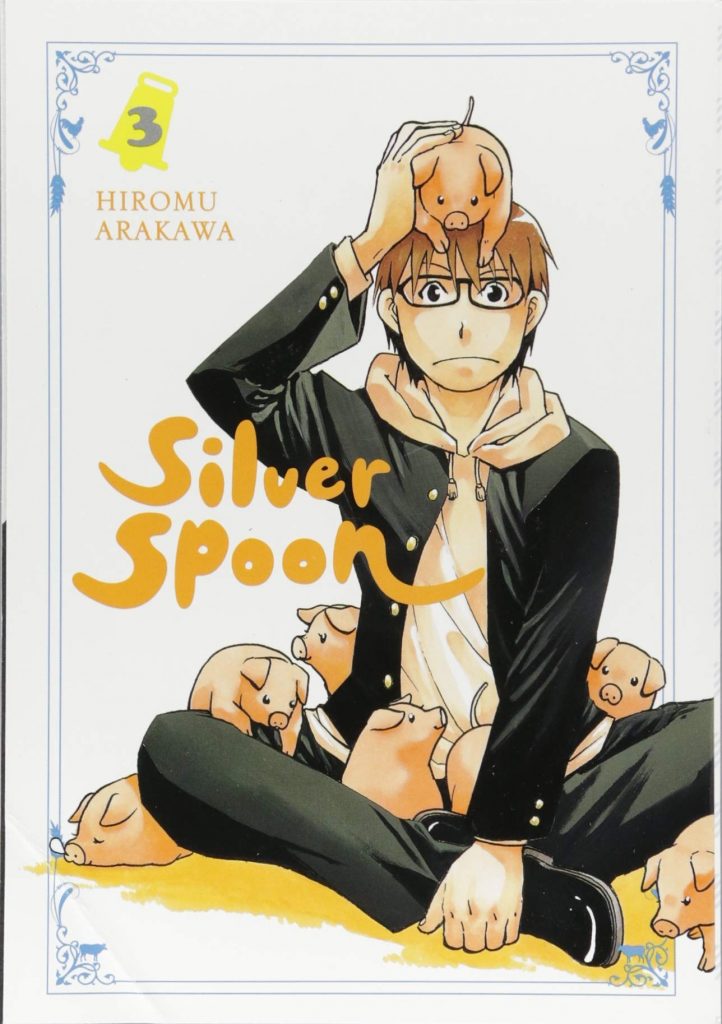 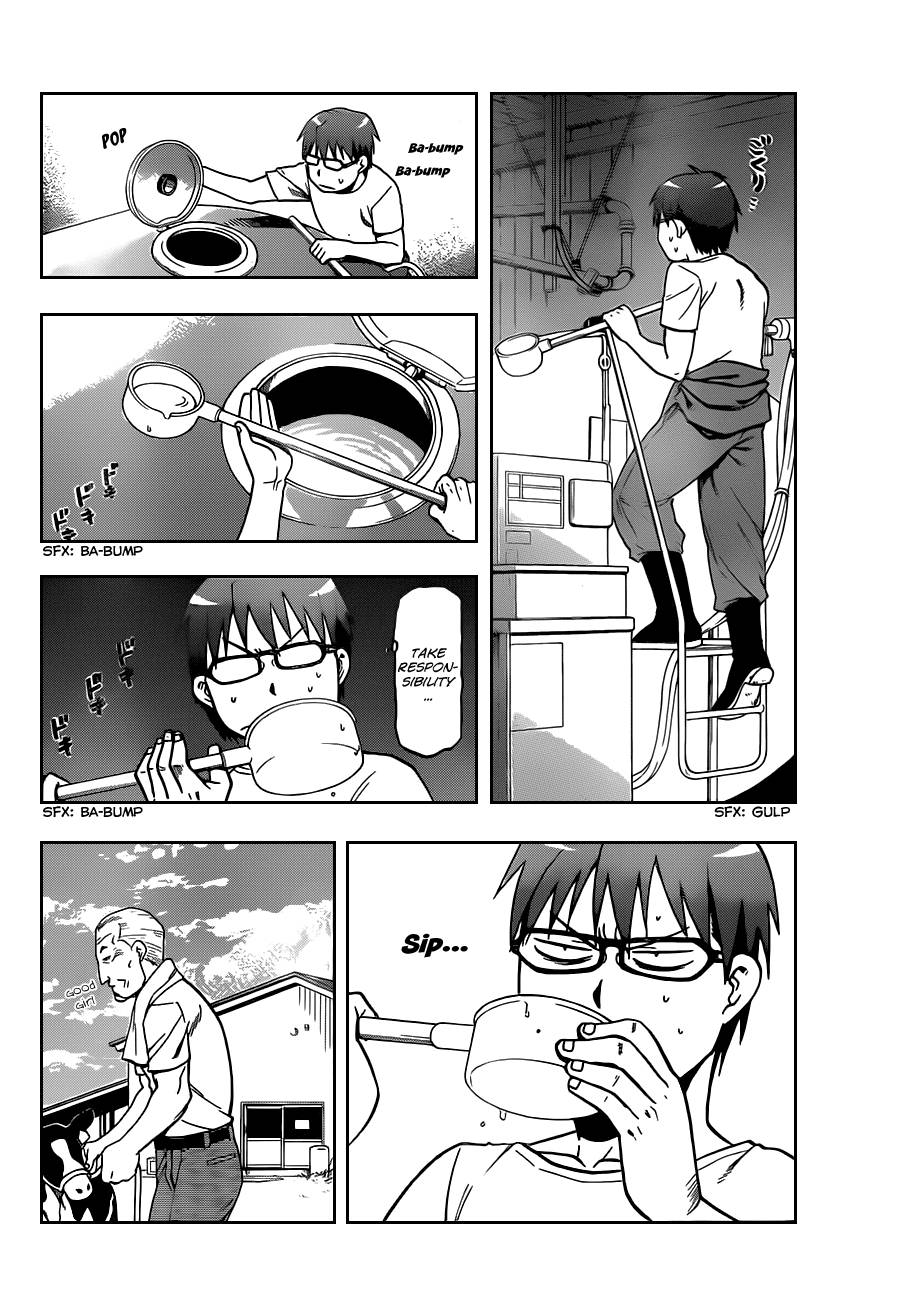 We left Yuugo Hachiken spending his summer holidays working on the family farm owned by classmate Aki Misage’s parents. As he learned more than he might have done in college, Silver Spoon 2 also showed different types of farming in the surrounding area, also run by parents of his classmates. The opening two chapters conclude Yuugo’s summer employment, and Hiromu Arakawa underlines the slim margins of profit made by small farmers in Japan via an accident that leaves Yuugo feeling very guilty. While his exact background has remained concealed, we have already seen the high standards to which he holds himself, and whatever he may not be telling his classmates, he’s constantly portrayed as taking responsibility for what he does.

Arakawa seems to have decided to modify her initial designs, and when school resumes a couple of Yuugo’s friends look very different, the most unlikely being a very slimmed down Tomika. Yuugo’s first surprise on returning is how fast the baby piglet seen in earlier volumes has grown, but can he save Pork Bowl from being slaughtered?

As has been the case in previous volumes, while Arakawa’s just presenting life as it is, people unfamiliar with Japanese culture are given new insights. For instance, they may find it astonishing that a student’s behaviour is monitored during school breaks, and punishments can be doled out if it’s felt they’ve damaged the school’s reputation. Such revelations are just a passing treat, the snack food if you will, but the prolonged joy is the work Arakawa puts into fleshing out Yuugo and his doubts. He has plenty of them, and a nice touch is one of the more intimidating teachers pointing out how valuable his presence is for opening discussions that otherwise wouldn’t take place. Yuugo not being from a farming community makes observations that his fellow pupils wouldn’t consider. That feeds into his being told near the start not to waste the money he made during the summer, to use it for a wise purpose. Arakawa makes sure he does in a way surely guaranteed to surprise every reader. It’s neat, and it’s consistent.

Her final chapter is also smart. It confronts the students with the reality of animal farming while also providing insights into individual cast members via the selections they make. Readers may find this chapter upsetting as it describes the processes of a slaughterhouse, although the illustrations are kept age appropriate. A willingness to discuss what many may not want to be confronted with makes Silver Spoon better than readers may consider a series about farming could be, yet this remains almost the only confrontation. Silver Spoon is good humoured, charming and informative, the last chapter apart, a generally cheery read. Silver Spoon 4 deals with Yuugo processing what he’s spent his money on.