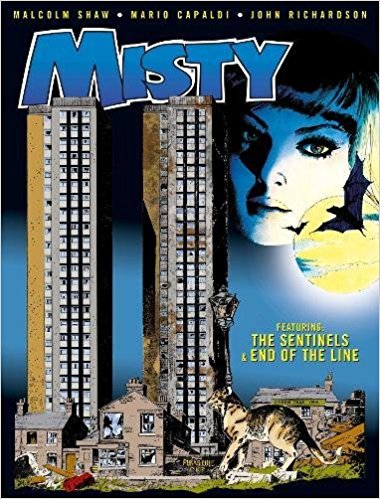 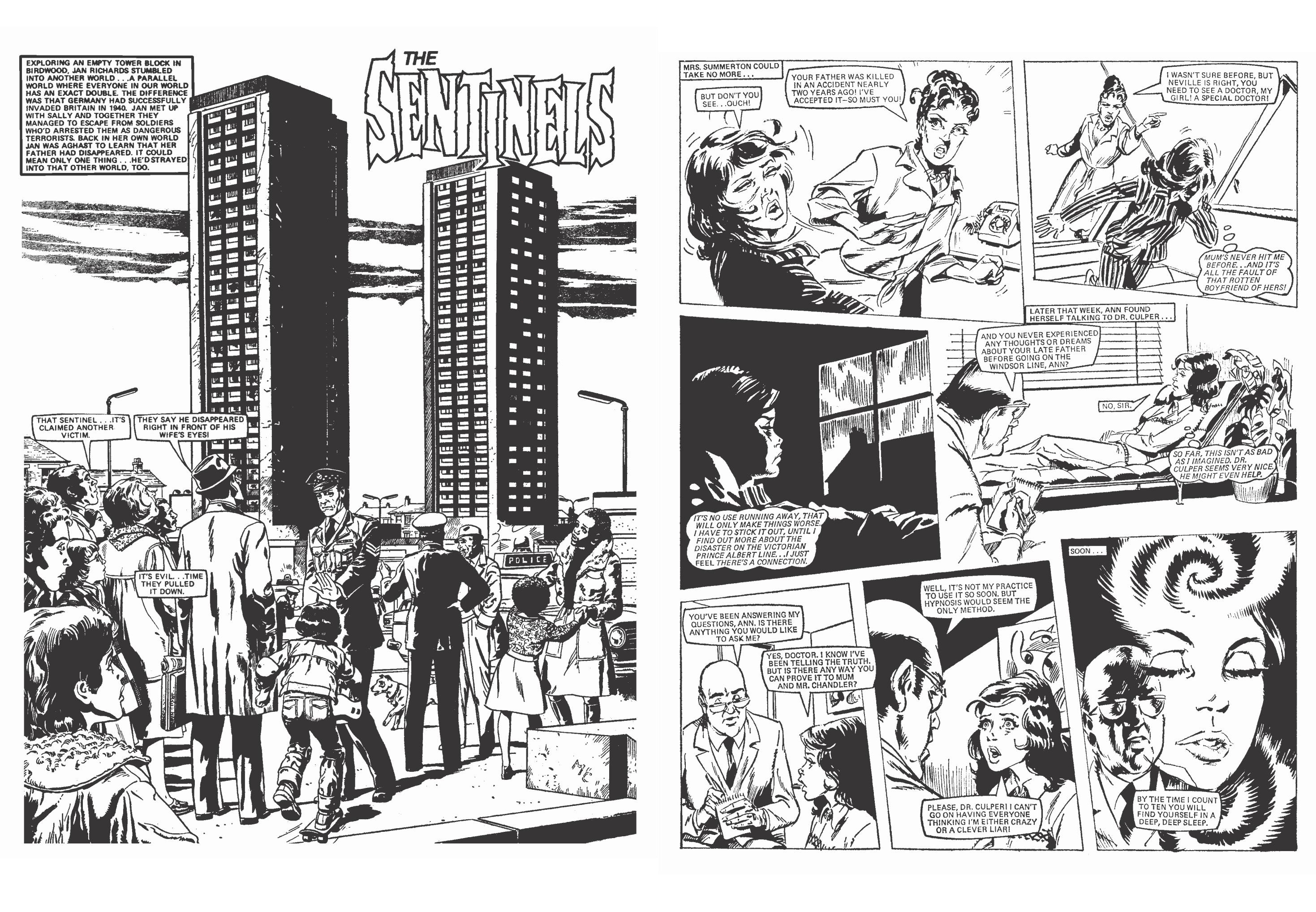 Misty was launched as a girls’ adventure comic in 1978, straddling a fine line by presenting young teenage girls with home circumstances the audience could identify with, but meshing that with supernatural and science fiction plots. The first reprint volume in 2016 was successful enough to prompt a second collection a year later, and it’s even better.

The opening four pages of ‘The Sentinels’ are a brilliant example of how to hook readers into a story. The public perception of two adjacent tower blocks is very different indeed. These are the sentinels of the title, one offering fine accommodation and cheery neighbours, the other an empty place of dread where people have disappeared. Not then, the ideal home for Jan Richards and her family, who’ve fallen on hard times. If that’s not enough to grab the attention, there’s also a spooky happening on Jan’s first visit. Malcolm Shaw manages to pack this all into a splash page and three fast paced story pages along with a couple of other incidents, and cranks up the suspense over the following episodes as doppelgangers feature, and Jan’s parents don’t believe what she’s seen.

An explanation is forthcoming, involving a gateway to an alternate universe where Britain has been under Nazi control since 1940, a story conceived a good fifteen years before TV show Goodnight Sweetheart provided a gateway to wartime London. Shaw builds a world of cowed Britons prioritising self-interest in fearsome times, and contrasts this with the experiences of the poor in the supposedly better society created by Britain winning World War II. He’s excellent with cliffhanger endings, yet delivers enough story that each episode is an individually good read. Despite his Italian sounding name, Mario Capaldi was a Scottish artist, and growing up in wartime Glasgow gave him a good eye for the social conditions required to make the story convincing. He’s superb beyond that, having a feel for drama, ensuring the cast display their emotions, packing his crowd scenes and drawing everything with an elegant delicacy. Find out more about him here.

John Richardson’s work on ‘End of the Line…’ is more traditional. Shaw’s story is told from the viewpoint of Ann Summerton, whose widowed mother is set to marry a grasping con-man not very long after her husband died constructing a new London underground line. During the inaugural trip Ann clearly sees her father among a working group as the train dashes past, and despite no-one believing her, a second trip confirms it. Shaw introduces sinister ghostly Victorians and an early underground line never completed after a tunnel collapse, and becomes ever more fanciful. Switching the traditional cruel stepmother from girls comics to a scheming stepfather hardly disguises the story’s hoary origins, and other elements echo both their genre and the needs of an episodic plot, but Shaw’s decidedly unconventional writing prevents matters degenerating too far.

There’s a spirit and character to both stories, and for all the trappings they present determined and capable teenage girls in an era when gender roles were only just emerging from the dark ages. Both stories still entertain and Capaldi’s art is really worth a look.