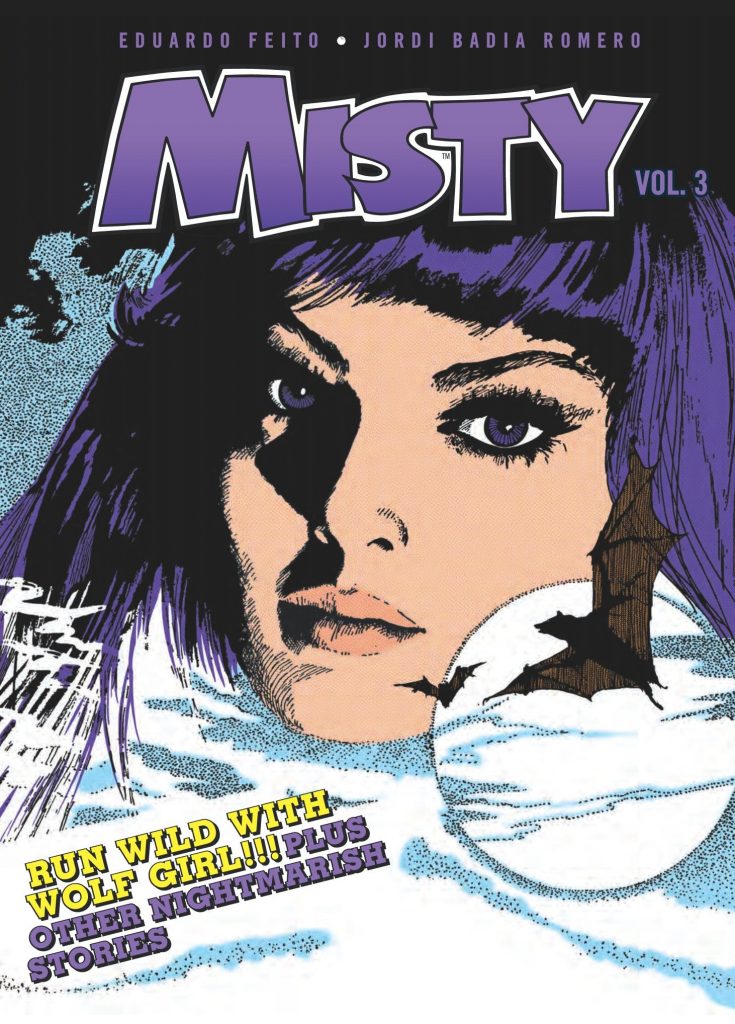 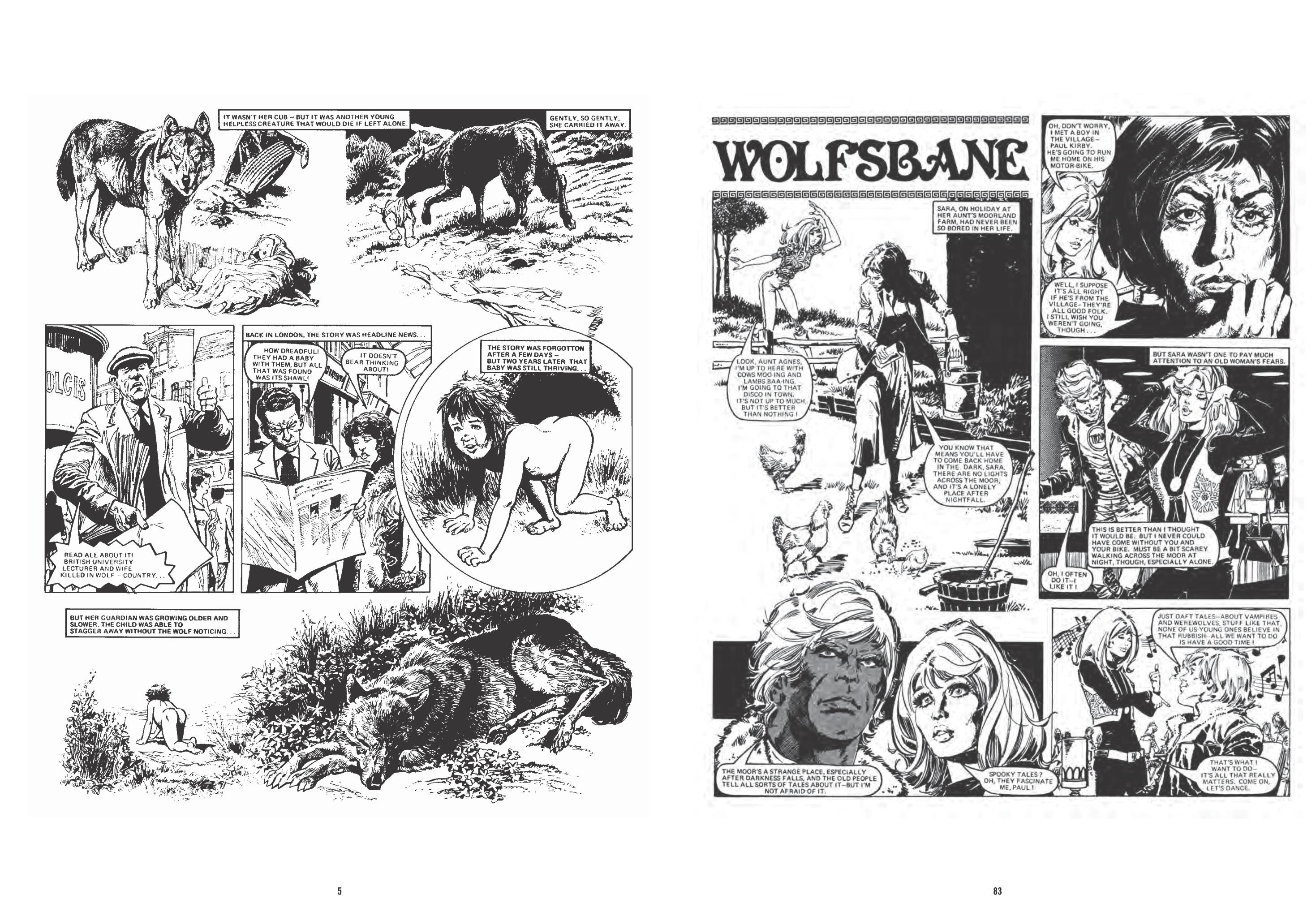 A very welcome third collection of gothic horror stories from the late 1970s arrives with a wolf theme.

There’s some unusual sensitivity from ‘Wolf Girl’s unknown writer who fair dashes through an opening episode of an infant raised by wolves until the age of two. The real story is of teenager Lona, strangely uncomfortable during the full moon, not only found howling at it for reasons she’s unable to explain, but also becoming more savage and angry. Her conflicted feelings aren’t helped by only then discovering the past that’s never been disclosed by the loving parents who adopted her. A pattern follows of Lona somehow embarrassing herself via wolf like behaviour over a number of episodes as she gradually recovers memories of her infancy. Because this was originally published for 1970s girls’ comics it’s never stated that Lona’s experiences are a metaphor for puberty and hormonal change, but the work moves beyond that. The werewolf style transformation that might be expected never occurs, as Lona’s behaviour is the only anomaly in a story otherwise firmly set in a recognisable middle class 1970s Britain, albeit one that lacks cultural diversity. Matters progress naturally through a series of incidents to Lona and her mother taking a trip to Scotland where Lona’s destiny unfurls.

Despite the occasional fanciful idea, ‘Wolf Girl’ is kept within the bounds of possibility, despite some sentimentalising of raw nature. It’s anchored by the figurative art of Eduardo Feito, who produces some great wolf illustrations, beautifully rendered scenery and a joy of life when the cast are more relaxed. The fashions are rooted in the era, which would have contributed to the appeal during the original serialisation, and the conclusion is as rapid as the start, but the consideration given overall makes ‘Wolf Girl’ still very readable.

Four wolf-themed back-up strips round out the package, the creators unknown other than the artist of two, Jordi Badia Romero, brother of Enric who drew Modesty Blaise for years. It’s accomplished illustration, strong on detailed scene setting and personality, and wouldn’t look out of place in the 1970s black and white American anthologies Creepy and Eerie, famed for their high artistic standards. That also applies to somewhat hokey sting in the tail endings to ‘Twin Sisters’ and the modern day ‘Wofsbane’ (sample art right). ‘Poor Jenny’ is a further step into gothic horror, with its memory loss theme and 19th century setting, but its presence in a wolf themed collection discloses the source of her distress. It’s relatively well concealed as a mood of confusion and mystery is set over the first two pages, and the art is stiffer than the remaining content. ‘The Curse of the Wolf’ also lacks credits, but that the writer named two teenage girls Myra and Edith in 1978 indicates their age, as does the creaky plot.

The title story is still interesting within its limitations, and art enthusiasts should appreciate the opportunity to see the work of two excellent illustrators.