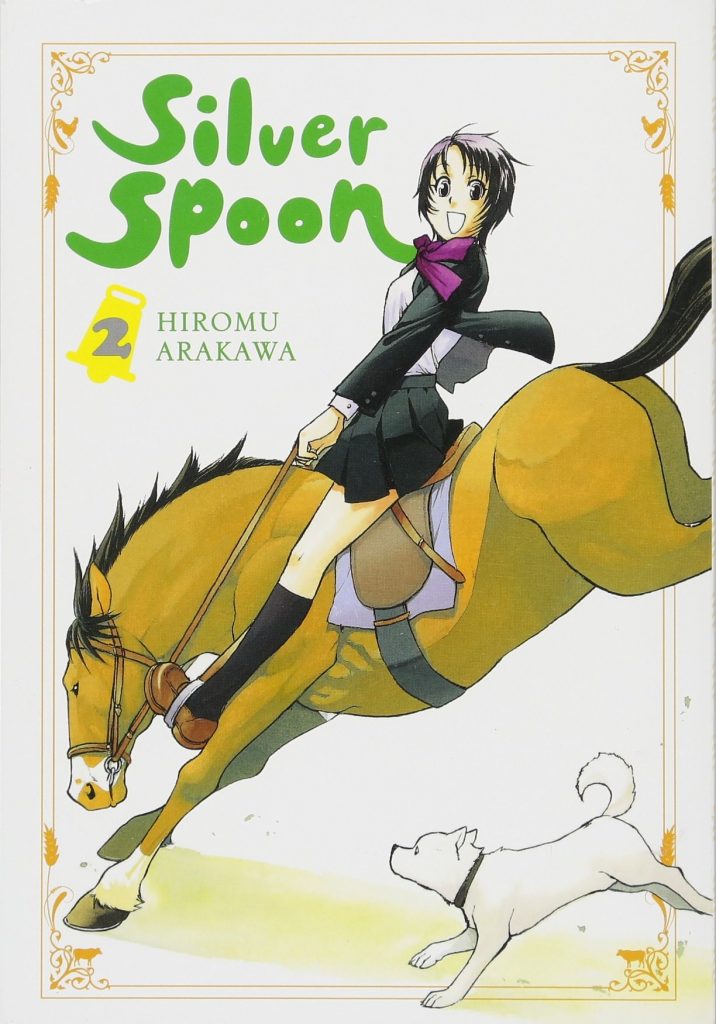 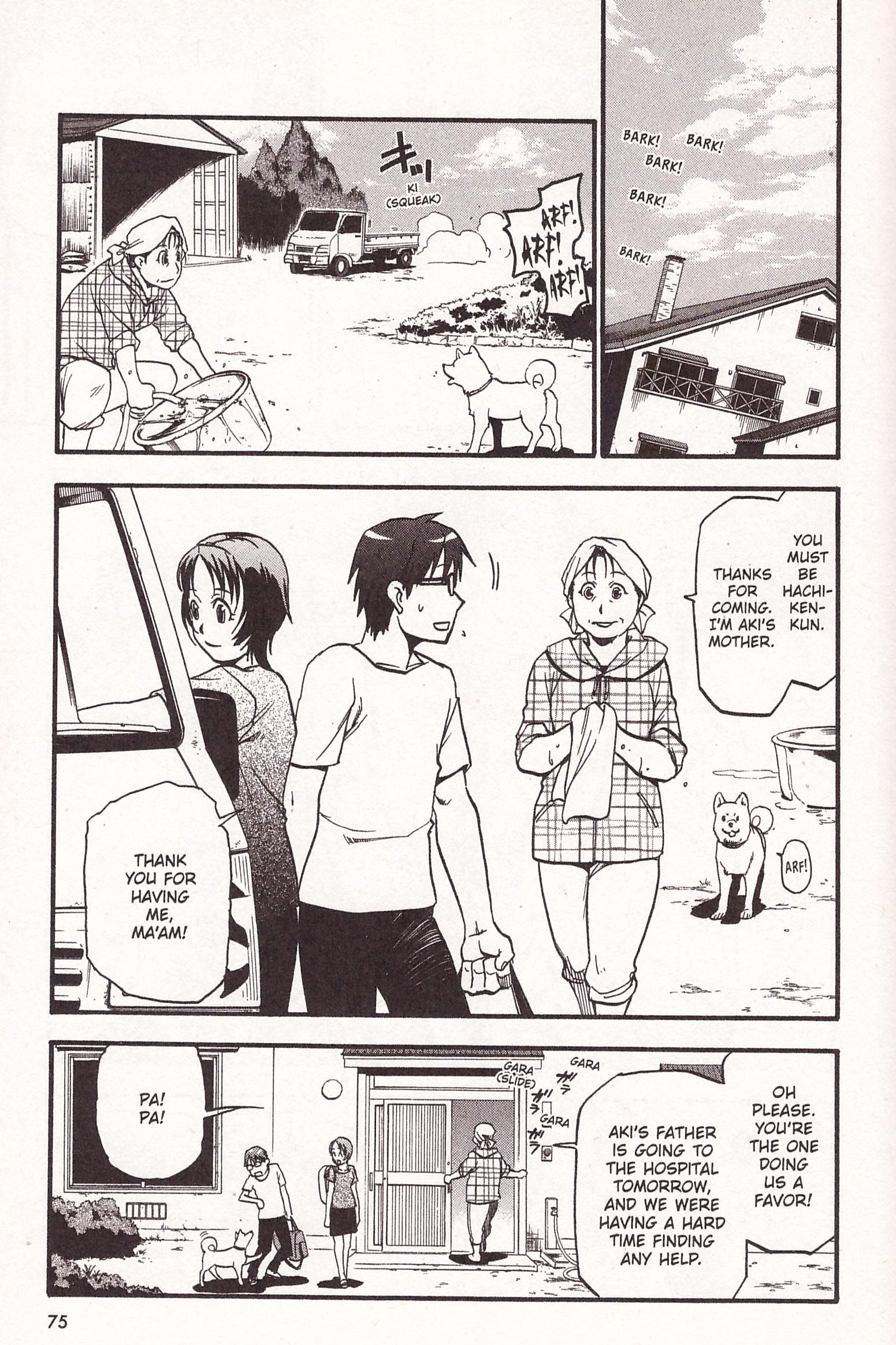 Yuugo Hachiken seems unsuited to any type of career leading from an agricultural training academy, or indeed country life. He’s a smart city kid who’s possibly made the wrong choice due to a desire to avoid being at home. Hiromu Arakawa here concludes Yuugo’s first term, the spring term, and transitions into the far longer summer term sequence, which occupies not only the reminder of this book, but volume three also.

Arakawa introduced a small cast to set Yuugo right in Silver Spoon 1, and ran through some habits of domesticated farm animals. Here she opens with Yuugo identifying a brick oven that can be used to make pizza. It leads to the charming, if largely predictable circumstances that made the first volume’s light comedy so accessible, with an added injection of pluck. What ensures the chapters, and indeed Arakawa’s work overall, transcends the “let’s do the show right here” cliché are the little touches she throws in, such as the reality of pig farming no matter how cute a piglet is, and the lecturers discussing how unsuited Yuugo may be to the course.

Moreso than the neat story pages, what hammers home Arakawa’s artistic talent are the lovely little character sketches she separates her chapters with. These are very simple head and shoulders pencil pieces, yet with a precision defining the subject’s personality time and again, many of characters yet to play a part. Not that she’s a slouch on the story pages. She draws cute animals, resorting to expressive cartooning to supply the character of a troublesome horse, all her people have personality and if the backgrounds are sometimes a little on the skimpy side, that’s accepted procedure for Japanese comics.

With the school being closed for the summer holiday, how’s Yuugo going to avoid going home? Well, it turns out cute, friendly and popular horse riding Aki Misage needs help on the family farm, which provides the setting for remainder of these chapters. It seems Arakawa is too casual in introducing, then glossing over Aki’s father’s leukaemia, but she isn’t, using the condition appropriately to contrast Yuugo’s attitude toward his own parents. Switching the location to a working farm enables concerns to be addressed in a different environment, so freshening Silver Spoon while also reinforcing how Yuugo’s learning is practically applied, and the sheer amount of work involved. The nice touch is additionally providing Yuugo with new insight into his classmates.

There’s a definite agenda to Silver Spoon as Arakawa comedy drama subsists almost entirely without human conflict. There is some emotional drama, the most prominent being the still not revealed reasons Yuugo has for avoiding his family, but that’s a distant second to Arakawa reinforcing how the farming community is one of mutual support and respect. That’s not to say Sliver Spoon is conflict-free. Butchering goes hand in hand with farming, and one the most powerful sequences, a real test of Yuugo’s commitment, is when he’s introduced to it. There’s also the economic conflict between the traditional family run smallholding and the greater mechanisation of giant factory farms, their methods highlighted over the closing chapters. There’s neither judgement nor sentimentality applied by Arakawa, who consistently points out both the pluses and minuses of each method. Does comparative freedom justify the hardship, and do the intensive farming methods place animal welfare second? Silver Spoon isn’t issue-based, but those issues are cleverly introduced in passing.

This is as engaging and thoughtfully produced as the first volume, continuing a durable concept with charm and humour. Silver Spoon 3 returns the cast to college.