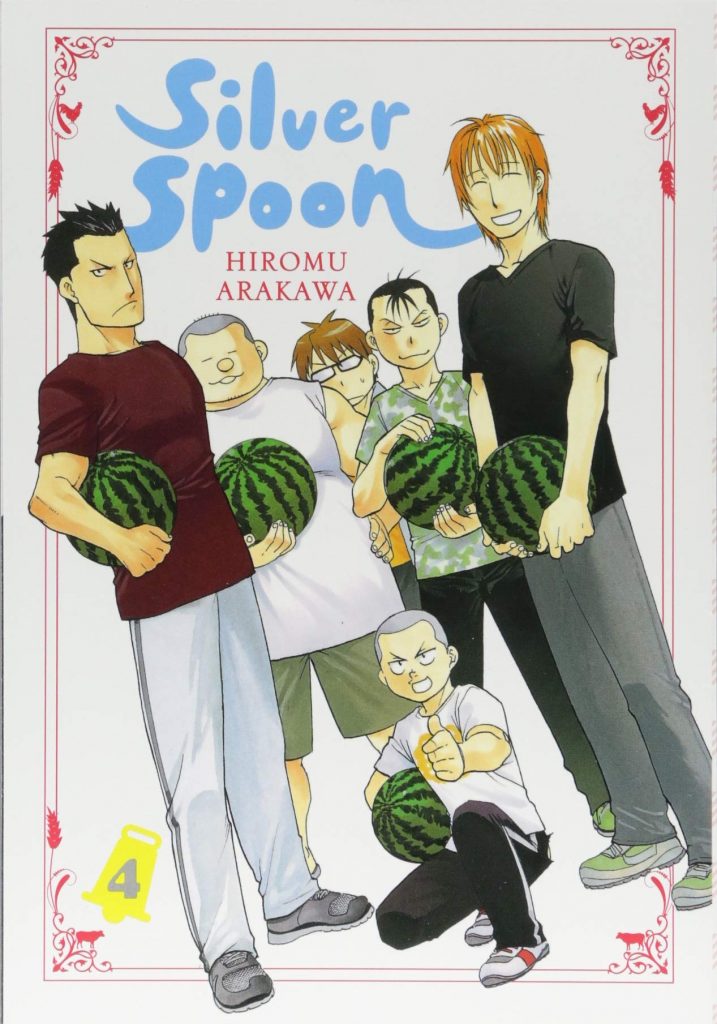 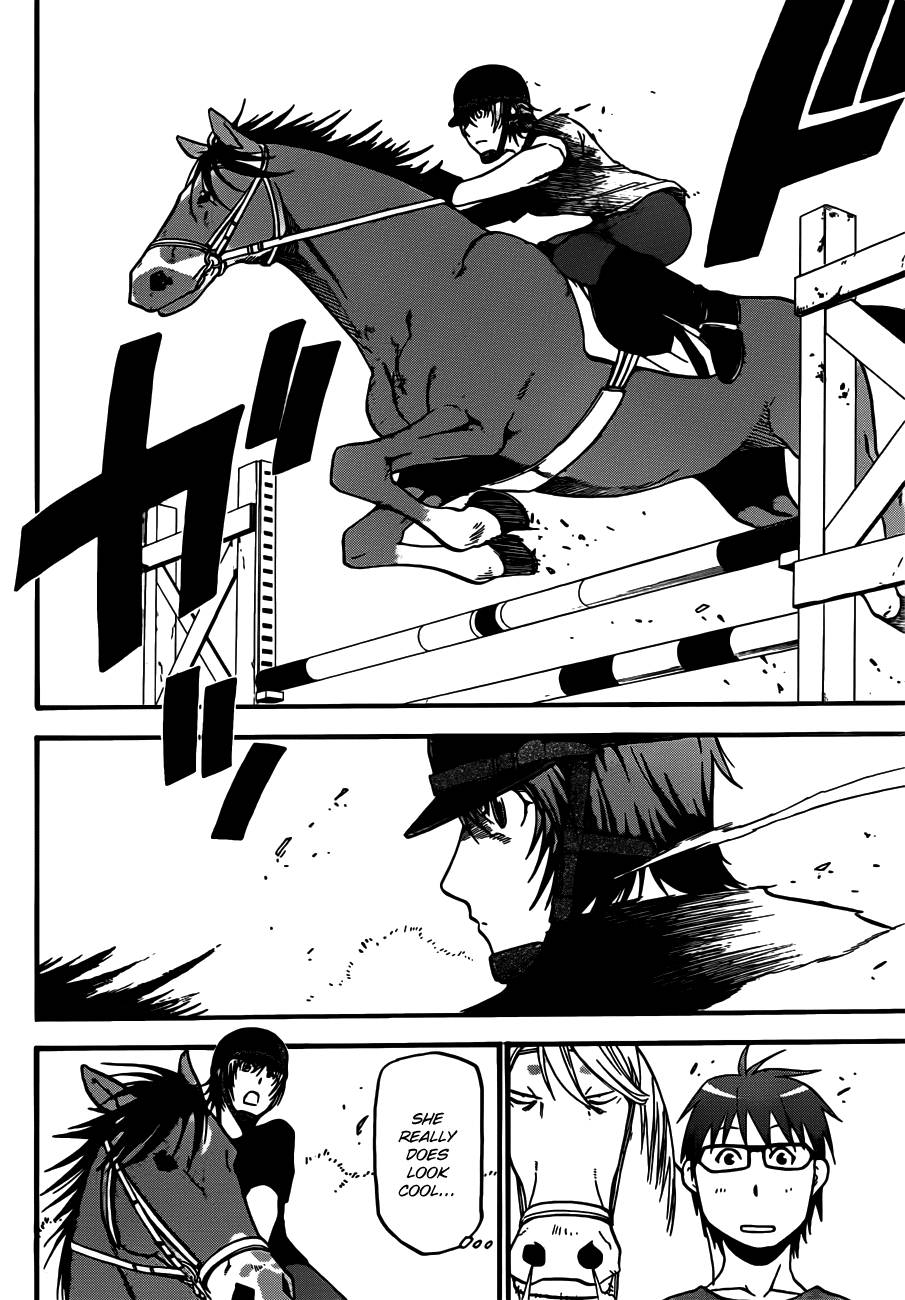 Because she’s so good at drawing how the cast feel, Hiromu Arakawa occasionally has to remind us she can also draw one hell of an effective action shot, and Aki hurdling on her horse is a fine example.

It may seem a two steps forward one step back process, but the longer he mixes with people at the agricultural school, the more Yuugo Hachiken learns about himself. Silver Spoon 3 pointed out how his presence opened topics that otherwise wouldn’t be generated, with discussions of vegetarianism again spotlighted. The consideration cuts both ways as Yuugo realises that concentrating so much on ethical issues that have no fixed answer makes solving problems that have one so much simpler for him. It’s a cute observation and also cute is the way Arakawa sticks to her policy of all but moral conflicts being absent. Yuugo has something a lot of other students want, leading to the inevitable scene where the older students come calling for their share. In Western titles this would be a might makes right scenario, but Arakawa sticks to her policy and surprises once again.

This is a transitional volume of Silver Spoon, the two part ‘Summer Memories’ sequence separating the end of summer and the start of autumn term, which will occupy the series until Silver Spoon 8. ‘Summer Memories’ is a way of dealing with issues away from farming, briefly offering some variety of tone, as Yuugo learns of the possibility of UFOs and crop circles. This always happens at night, but being there to investigate needs careful planning, as the school premises are closed and guarded at night to prevent pupils leaving. It’s a more comical change of pace, well plotted as Arakawa throws one obstacle after another into the students’ way.

When we reach the autumn term it begins with a major surprise as Yuugo is appointed Vice-President of the equestrian club, explained well and logically despite his hardly having mastered the form as yet. Arakawa uses that as a way of exploring the relationship Yuugo and Aki have. There’s a simmering tension, and while he has the courage of his convictions there’s also a shyness about him, while the outwardly more confident Aki seems to be holding something back. It further explores Aki’s relationship with Ichirou, the would be baseball player, who she’s known for far longer. These are tensions that drift away before the end, presumably to be revisited in Silver Spoon 5. It’s because the final chapter spreads itself all over the place in introducing new ideas and areas for exploration, only a good bra joke providing a focus. However, it’s been another friendly trawl around a likeable cast delving into plots you’re just not going to come across in Western comics.