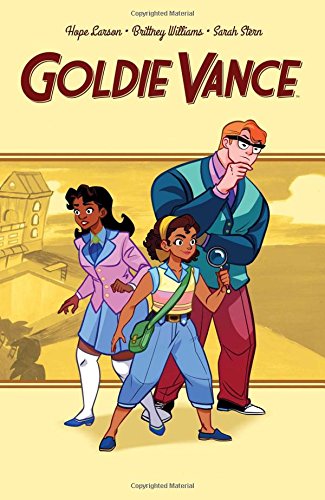 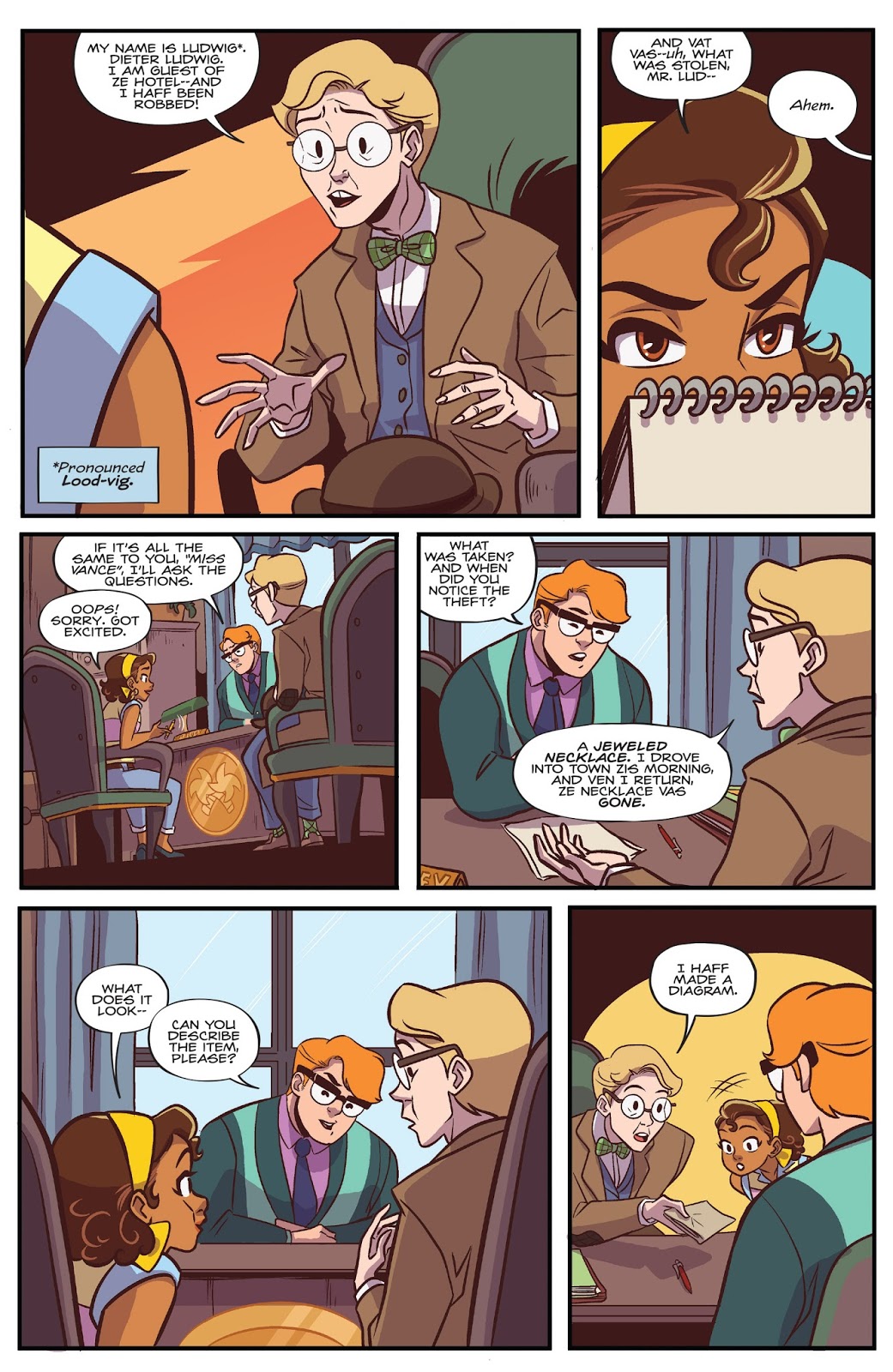 Now a teenager, Goldie Vance has grown up in the Crossed Palms beach resort in Florida, where her father is the manager. Goldie helps out around the resort, her special interest being detective work. This is usually down to Walter, the resort detective, but in the opening chapter even he’s stumped when a necklace goes missing.

Hope Larson keeps things light and cheery, and Goldie’s energetic and enthusiastic personality is contagious. It should also go without saying that it’s about time there was a young African-American detective title, yet Goldie Vance has no inclusion drum to beat, things are just as they are. The series is set in the early 1960s, and Brittney Williams charmingly accentuates the period detail of the diners and the cars, with the bright colouring of Sarah Stern bringing the surroundings to life. She keeps the colouring flat and simple, and it resonates.

We’re given a run through of Goldie’s detecting intuition over the first chapter, how’s she’s able to cajole from others what she can’t observe, and her general good nature. However, solving the initial robbery is far from the whole story, and it drags her deeper into a case involving assorted Europeans, a jealous drag racer and the danger of her father losing his job due to her casual attitude. It was all in a good cause, but it’s nice how an ethical issue Larson appears to pass without comment has a later relevance.

Perhaps the historical knowledge required for the period setting raises this slightly above an all-ages adventure, but if readers can manage an understanding for Tintin, they won’t have problems here. Larson leads everything to a strange, but appropriate ending, presumably with some loose ends to be tied up in Volume Two. It’s been a lot of fun, and is delightfully drawn.

If you’d like to leap straight in with maximum commitment, the first four Goldie Vance books are also sold shrinkwrapped as a complete set.