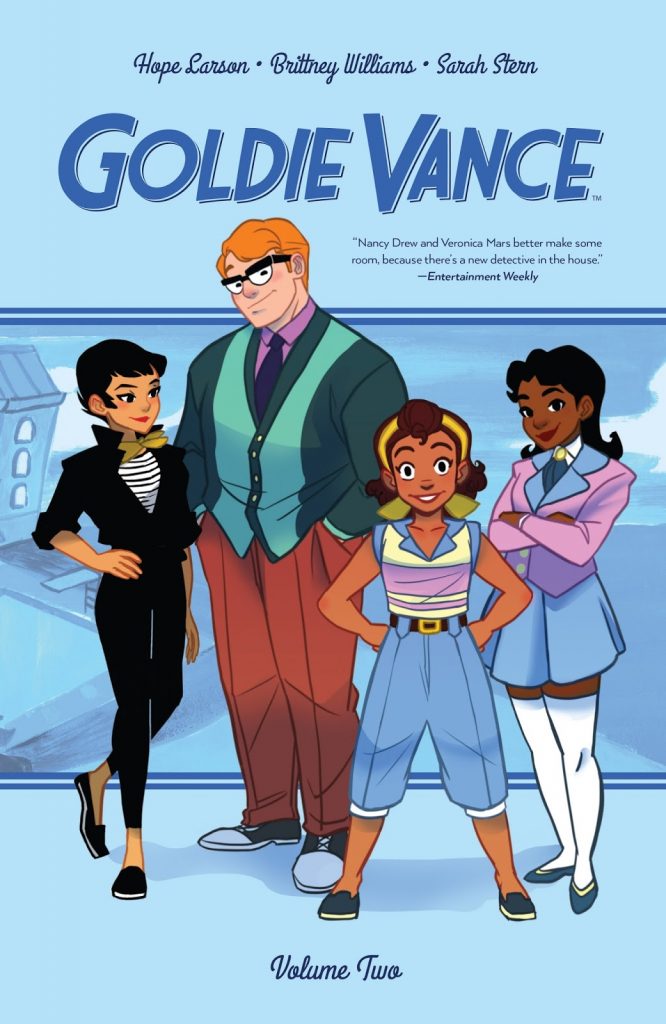 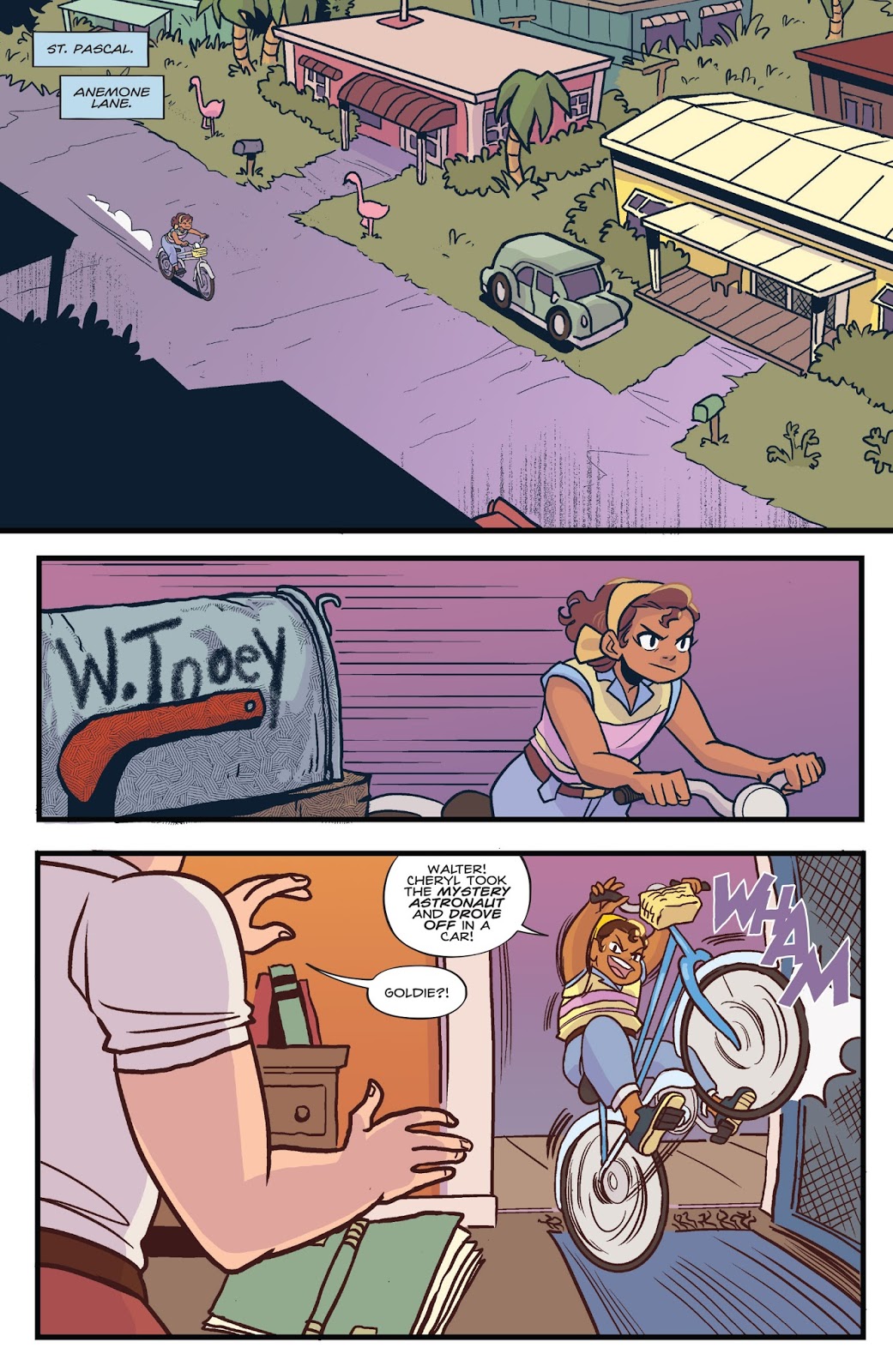 Teenager Goldie Vance has grown up at the hotel her father manages in Florida, so knows the staff and the area, but she can still occasionally be surprised, like the day a teenage astronaut in full costume washes up on the beach. That certainly sets her detective instincts going. There’s actually a perfectly reasonable explanation in the plot Hope Larson cleverly stitches together. The clues are all subtly worked in and all necessary information dropped early, giving Goldie the chance to strut her skills. As in Volume One, everything is beautifully designed and drawn by Brittney Williams, making good use of the early 1960s period exotica, while the cast are cheerful and enthusiastic, none more so than Goldie herself, who drags others along with her single-minded personality.

A nice aspect of Goldie Vance is that Goldie’s natural exuberance sometimes takes over when she’s caught in the moment, and she does or says something without really thinking it through. She’s always well-meaning, but can sometimes let her friends down this way. It’s more apparent here how the skills of various cast members seen in Goldie’s introduction come into play. The cover features hotel detective Walter, and Goldie’s two best friends, Cheryl who’s employed at the hotel and wants to be an astronaut herself, while the extra-chic Diane works at the record store. Then we have Goldie’s mother, a swimmer in underwater mermaid shows. Larson also completely logically manages to involve both the FBI and NASA.

It’s a very different adventure from Goldie’s introduction, and indeed to Goldie’s escapades in Volume Three, but equally imaginative and joyous, and this time there’s not a hint of historical detail to be explained. What might have been changed is the chapter numbering, the first here being numbered the fifth, continuing from the last book.

The first four Goldie Vance books are also available as a shrinkwrapped set.