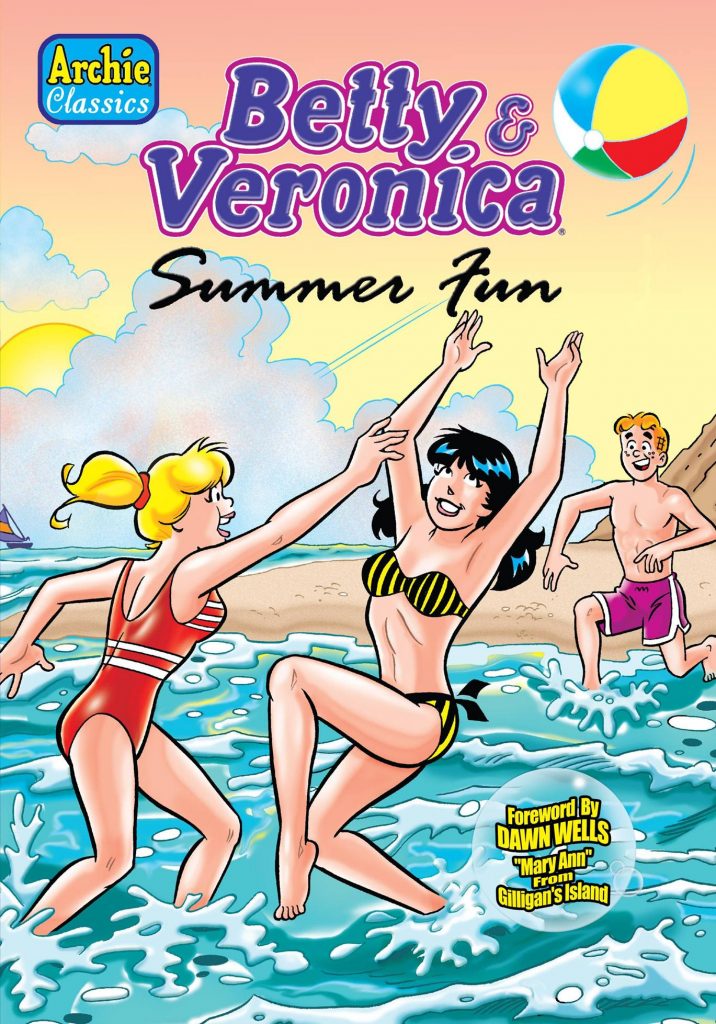 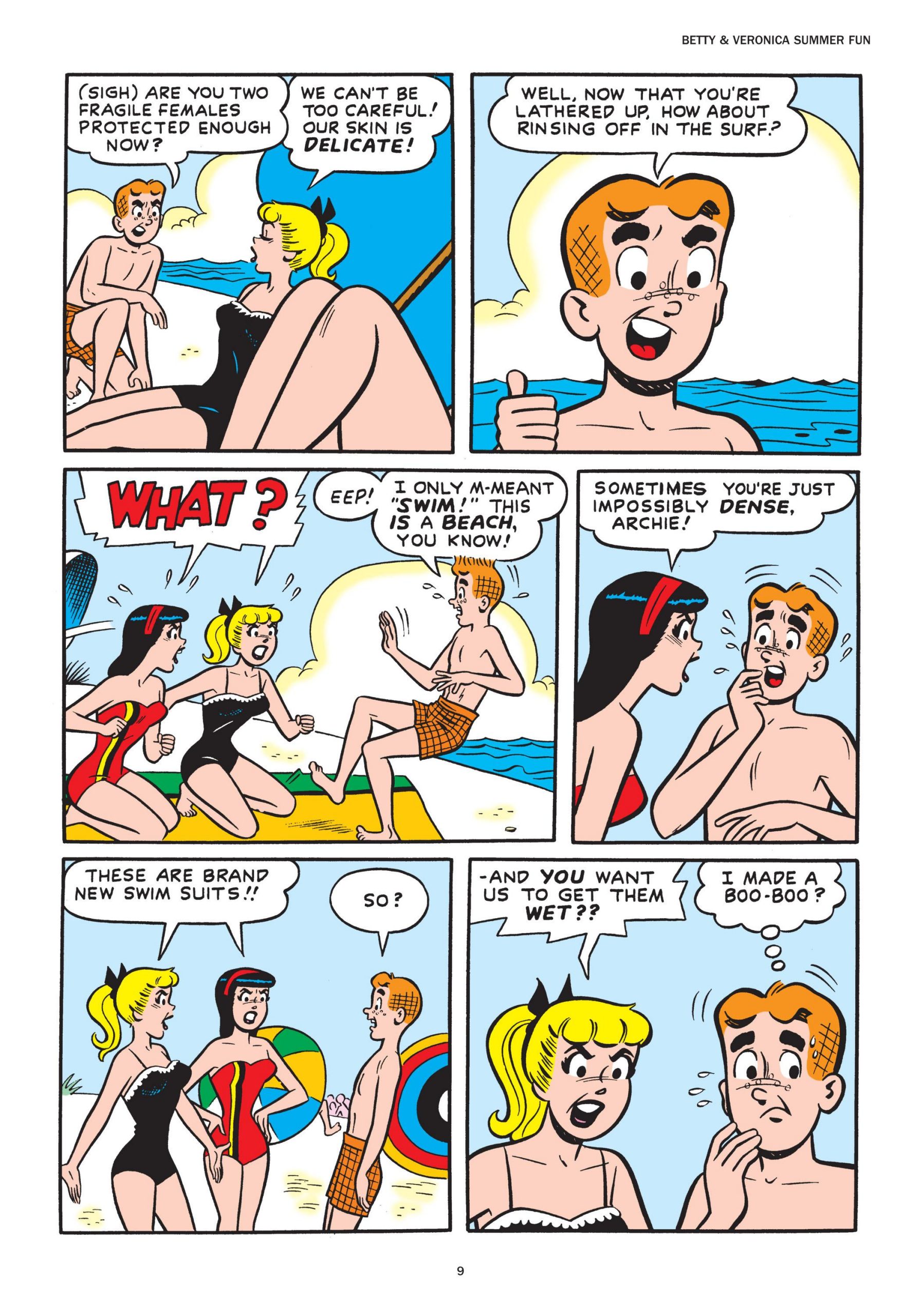 A contents page for the first reprint volume of Betty & Veronica: Summer Fun noting it reprints issues 8, 13, 18 and 28 isn’t as illogical as it may at first seem. As explained in the small print, it needs to be taken into account that in the early 1960s Betty & Veronica: Summer Fun was but one of a number of irregular series appearing under the banner title of Archie Giant Series, so these are the earliest stories. They missed 1963, but otherwise it was an annual publication. Unfortunately, the contents page is less forthcoming about who wrote and drew what follows, although much of the art is recognisable as Dan DeCarlo, whose lively cartooning graced Archie stories for decades.

Although Betty and Veronica are the cover stars, there’s barely a story that doesn’t feature Archie, and the only real difference in style from Archie’s own exploits is that most stories are told from their viewpoint. Archie’s personality remains wholesome, but his skill set changes according to the story’s requirements. In the opener he needs help from a lifeguard after venturing into the sea, but in the second he’s a lifeguard himself. Betty and Veronica are more consistent, their motivation being almost always to attract the attention of Archie or some other boy. At its best this produces neat staged complications, such as a story where Veronica’s two-timing Archie, but the anonymous writer ingeniously prevents trouble. At its worst its only average, with commonplace or predictable scenarios, although always nicely drawn.

The drawing makes a mockery of the idea that Betty is supposed to be the girl next door when Veronica is the beguiling vamp – was she based on Veronica Lake? Both are cartoon glamour personified. That distinction, though, is the theme of Dawn Wells’ introduction. Best known as Mary Anne in favourite US sitcom Gilligan’s Island, she reveals having Betty in mind when deciding how to play the role.

Little changes in Riverdale until the 21st century, so should a second volume ever follow it will surely present much the same impeccably drawn slapstick with the beach, the sea or a swimming pool prominent.