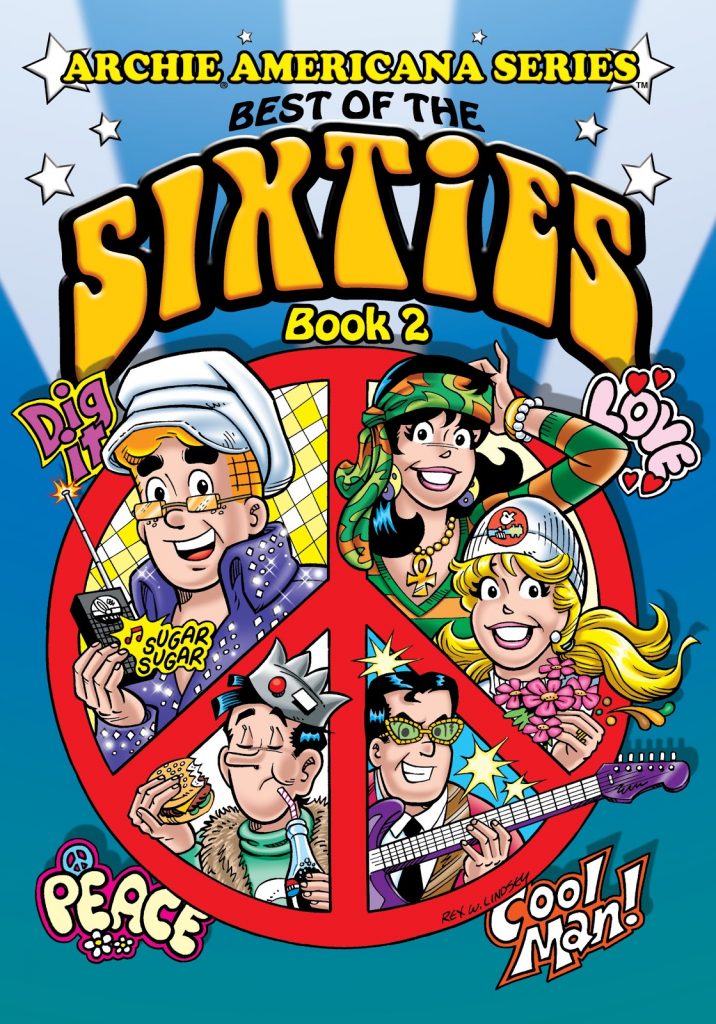 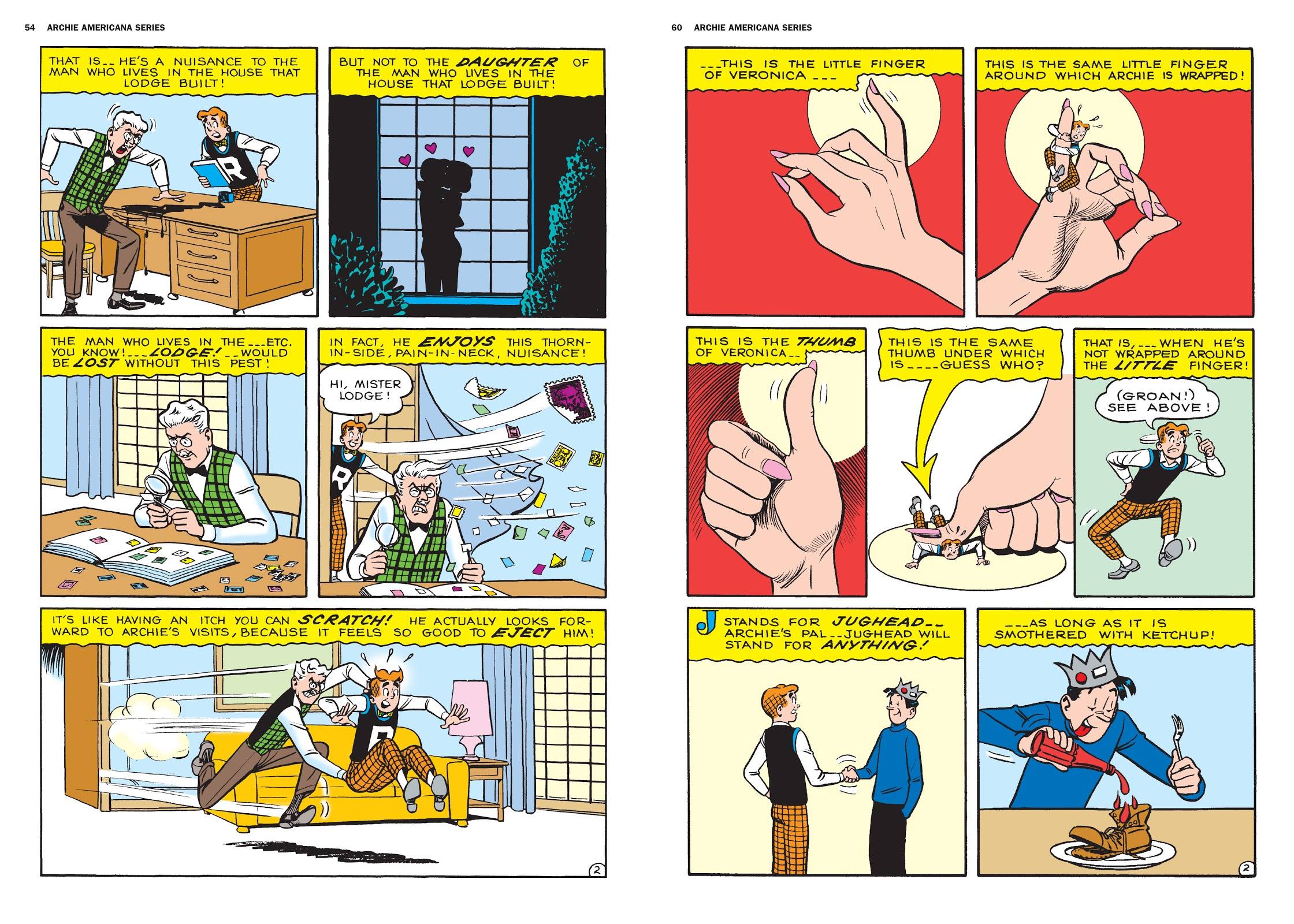 This is a strange collection. The cover suggests what most people bring to mind about the 1960s, yet it’s a decade of two definitive portions as far as attitudes, social awareness and styles go, and all but two of these fifteen stories are from before 1965, and one of the remainder is from that year. That not necessarily a bad thing. The first Best of the Sixties book had the distinct whiff of ageing writers struggling to come to terms with the vast changes in society, and their parodies of it were obvious and out of touch.

That’s partly avoided here by far more of the selections being from Archie’s own title, so the reliable creative team of Frank Doyle and Harry Lucey are responsible for many of the selections, while this batch of mirthful tales have fewer connections with the fads of the decade. Sure, there’s a strip with Betty playing the bongos, followed by one about Archie attempting to contort himself into yoga positions, and then one about Veronica’s new hairstyle, but most of the humour is derived from more general topics. Lucey’s sample art is from one of the highlights, Doyle taking the old piece of doggerel The House That Jack Built and instead supplying ‘The House That Lodge Built’, a clever piece about how annoying Mr Lodge finds Archie’s visits, and the damage caused when he calls to visit Veronica. That’s followed by the inventive ‘Alphabet Soup’ by the same team. Sure, it misses out a few letters, but it’s a neat encapsulation of how Archie and his friends interact.

During the 1960s instead of swithering all the time between Betty and Veronica, Archie was definitely under Veronica’s thumb, and Betty only ever gets a look in when Veronica’s cast him aside. However, a neat prom story, writer sadly unknown, gives some insight into what Veronica, otherwise rich and spoiled, gets from the relationship.

Lucey remains a strangely under-rated artist. There’s no denying that Dan DeCarlo, the other Archie artist most featured here, is supremely talented, but there’s a greater life and spontaneity to Lucey’s figures. That’s especially on show in the creative closer from 1968 in which the fourth wall is broken in ‘The Line’ in which reference is made to the artist having been sloppy in letting a line run out of the panel in the opening splash, and the cast proceed to trace it back to a suitably surreal origin by the end.