The Avengers: The Complete Collection by Geoff Johns 2 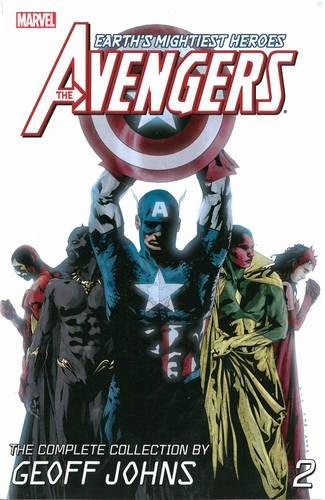 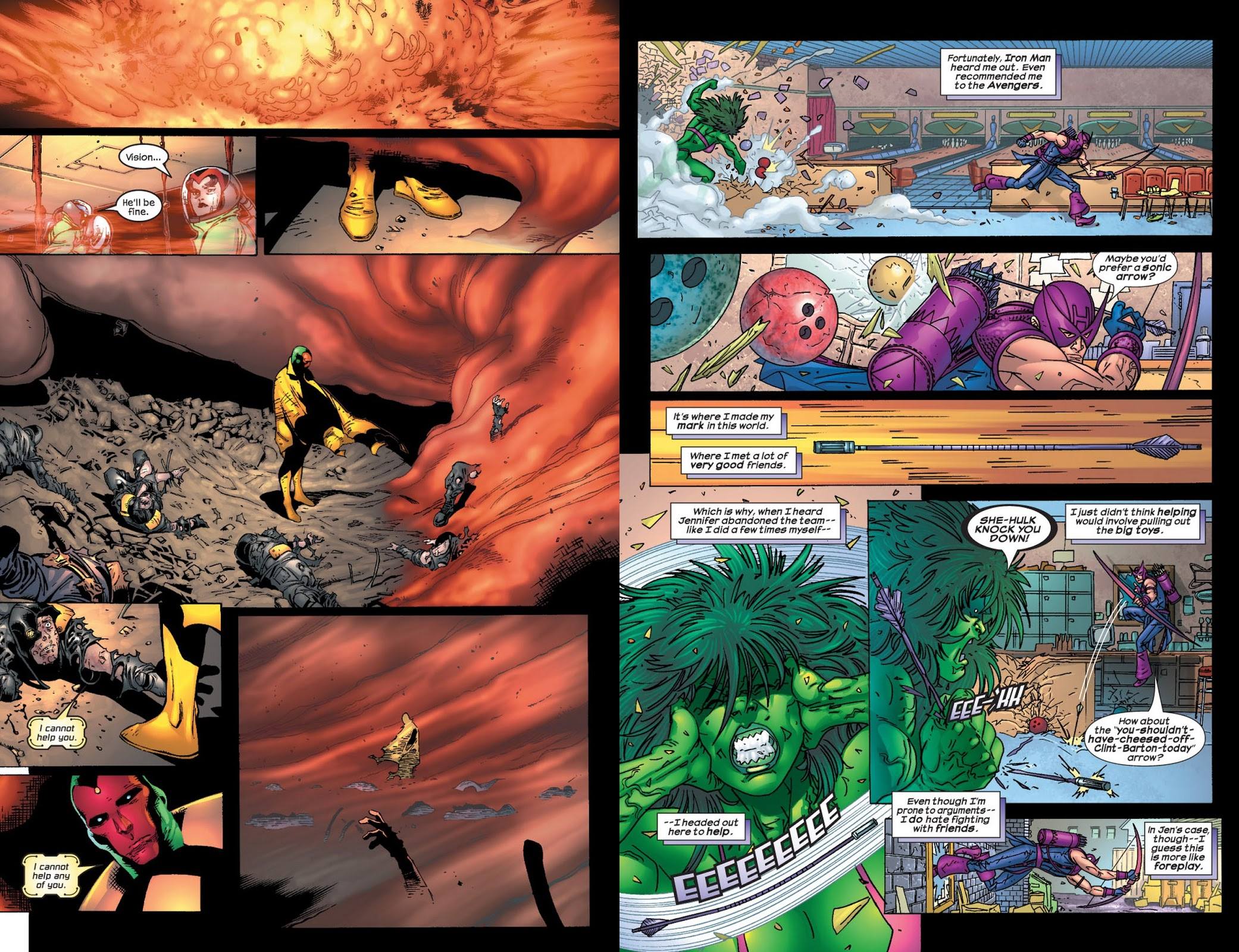 When writing The Avengers, Geoff Johns separated his longer stories with single chapter spotlights focussing on individual members, and the opening story adds some definition to the Falcon, while also acting as a prelude to ‘Red Zone’. It fits better here connected to the longer piece, since it was absent from the Red Zone graphic novel.

‘Red Zone’ is the Avengers work for which Johns is remembered, and where almost everything fell into place for him. He’s paired with a phenomenal artist in Olivier Coipel, who delivers a widescreen vision of what’s a terrorist attack on American soil. When writing this in 2003, Johns knew fine what the implications of that were, and the story’s intimately connected with the attitudes of some in government regarding what’s needed to protect the USA. It sets an interesting problem for the Avengers, as the opening threat is a cloud of red gas transmitting a flesh-eating virus. It’s not something to be solved by the usual Avengers method of flying in and battering the villain into submission. In addition to the intrigue of the plot, Johns drops in some nice character moments, here treating the Vision better than he did in Complete Collection 1. The Falcon has a pivotal effect beyond the prelude chapter, and the darker, more politically aware Black Panther is also welcome.

There’s a slight tail off toward the end, deadlines beginning to take there toll on Coipel’s pages as the detail diminishes considerably, and Johns eventually decides to conform to the standard appearance of a super villain. It’s an interesting villain, and the set-up has been clever, but a more unusual plot might have confronted the actions of government hawks.

The other three artists seen in this collection are all far better known for later work on DC’s superheroes, often with Johns (see recommendations). Ivan Reis is already the complete deal on the Falcon solo, but while Scott Kolins puts the effort into detail and surroundings, his figures are sometimes wrong, and he doesn’t prioritise story over image. There’s less emotional content to Stephen Sadowski’s work, and this is effective on the tearjerker final chapter.

A spotlight on Hank Pym and the Wasp precedes Johns’ Avengers finale, which was previously gathered in paperback as Search for She-Hulk. It’s a metaphorical search, as she’s easily located as Jennifer Walters, lacking confidence and fearing for her cousin’s safety as the Hulk is again America’s most wanted. It’s a patchy affair, until the arrival of Hawkeye and the introduction of another well known character, who in 2003 hadn’t been seen among the Avengers for decades. Until then, the best aspects are the scenes between Ant-Man and Jack of Hearts, characters Johns had made his own, and uses to set up his finale.

Johns departs with a cracker, a surprising story that confounds preconceptions, and is memorable for that. This is a stronger collection than his first, still readable, but flawed.