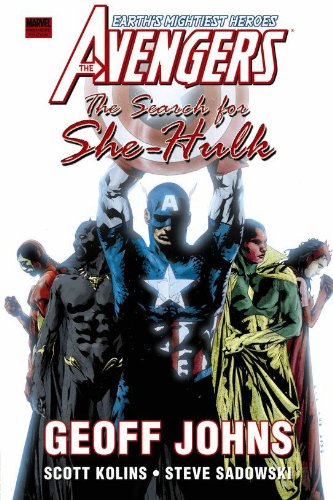 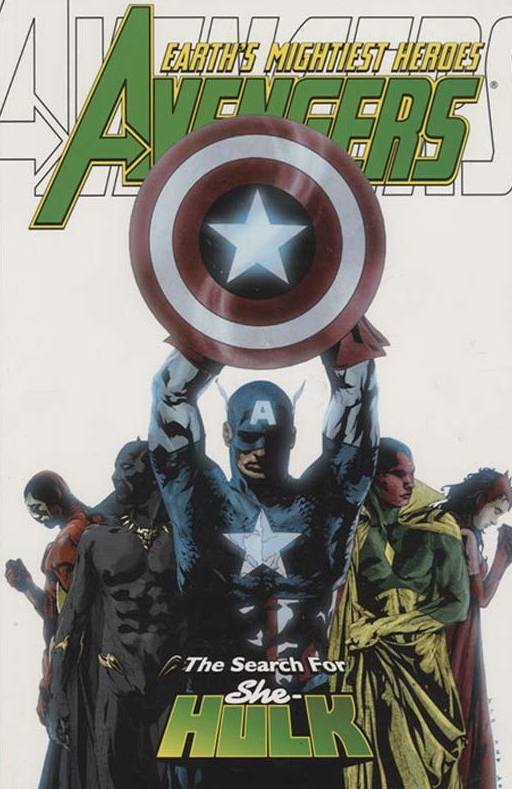 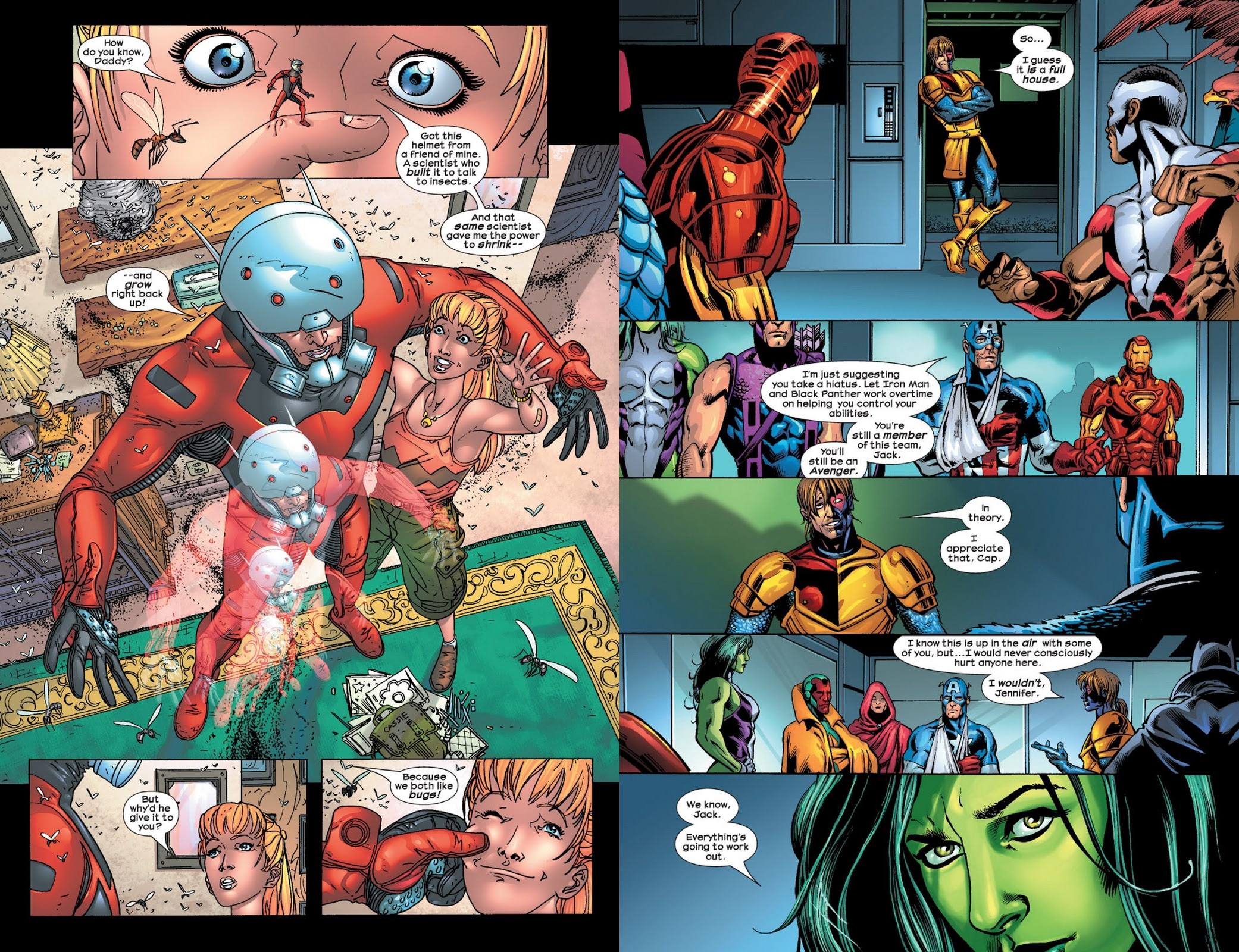 Geoff Johns’ best work on the Avengers is when he takes an individual team member and spotlights them solo for an entire chapter. There wasn’t any room for that during Red Zone, so Hank Pym and the Wasp kick off this collection. Their relationship was historically troubled, one being rebuilt after a failed marriage due to domestic violence, and the Wasp’s life has always been further complicated by her being stalked by obsessed super villain Whirlwind. Johns throws all these elements together in what’s provocatively disturbing in places, and fun in others.

In the title story there’s not much literal searching for She-Hulk as the Avengers locate her simply enough. It deals with She-Hulk more in a metaphorical sense, her then shy civilian identity of Jennifer Waters fearful about the current public manhunt for her cousin, Bruce Banner, the Hulk, and whereas anger powers him, she derives her power through fear. It’s not very interesting to begin with. The Avengers attempt to calm down a savage She-Hulk, who batters them every which way, but things pick up with the arrival of Hawkeye, as yet unseen in Johns’ Avengers, and an intervention from a surprise guest star. That leads to an even greater escalation of hostilities, yet never catches fire as hoped. Better are the sequences with Ant-Man and Jack of Hearts setting up the tragedy ending this collection. When he drew ‘Search for She-Hulk’ Scott Kolins wasn’t yet the artist he’d become. He’s got the dynamic style, and puts effort into surroundings, but some of his figures are off, and he’s not learned to prioritise the story above the image.

Stephen Sadowski draws the earlier Wasp story and returns for the finale. His pages are also detailed, but otherwise it’s a different form of storytelling, more traditional in some respects, without quite the emotional pull, although as things work out, downplaying emotions is no bad thing. Johns is aware this will be his last work on Avengers. As such he wraps everything up neatly with an ending that still surprises, simply because he breaks the unwritten rules as to what can happen. The last few pages are strangely reminiscent of the finale to White Heat, and James Cagney’s pronouncement about being on top of the world.

As with most earlier volumes of Johns’ Avengers, this is a graphic novel with a fair few nice moments rather than a consistently good ride, and the stories are also found in The Avengers: The Complete Collection by Geoff Johns 2. Avengers continuity next heads into Chuck Austen’s poorly received stint, beginning with Lionheart of Avalon.