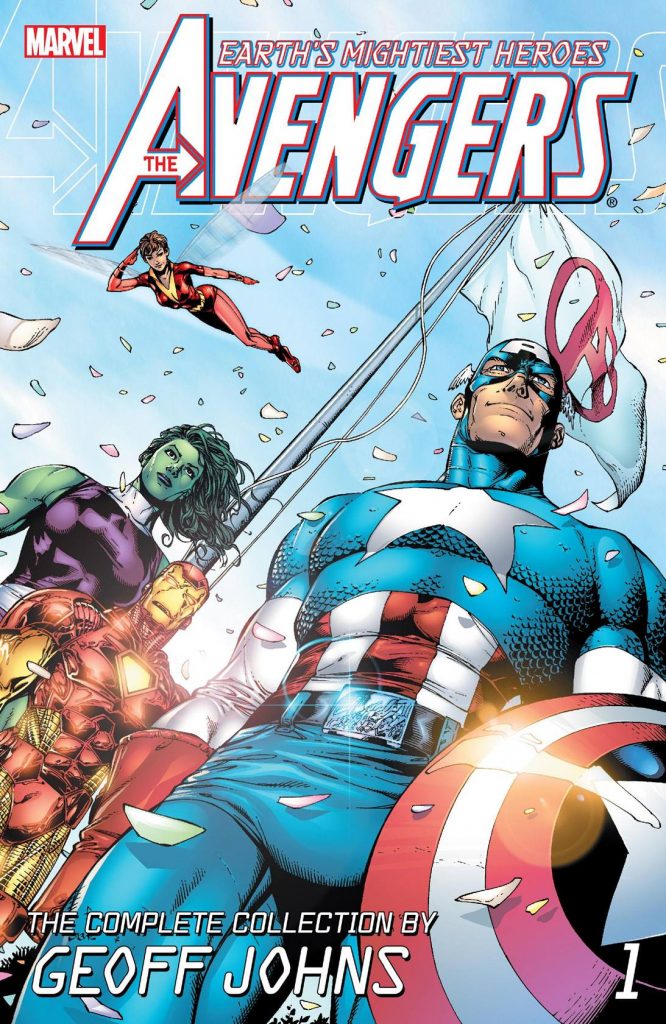 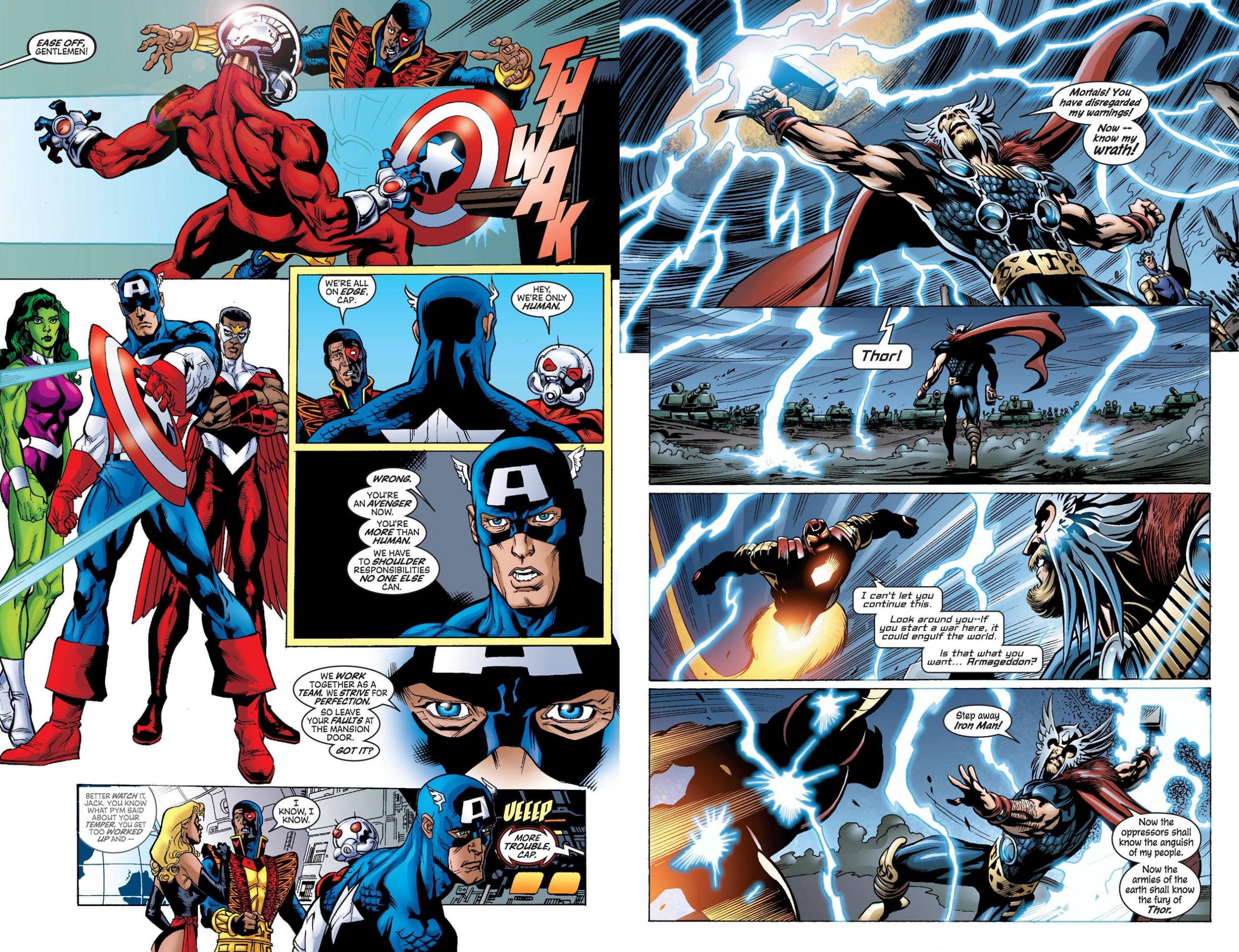 The short review of this collection is that no matter how good a writer he became on later DC projects, on Avengers in 2002 and 2003 Geoff Johns was still learning his trade, and of the two volumes collecting those stories, this is the poorer.

In essence it contains three longer stories, and a single chapter spotlighting the troubles experienced by two minor Avengers, Ant-Man and Jack of Hearts. Johns devoted considerable space in the context of a team title to ensuring those characters resonated, and it pays off in what’s gathered in Complete Collection 2. Here Gary Frank’s art shines on a downbeat highlight.

The opening story sees capital cities disappear the world over, and the United Nations turn over global power to the Avengers, originally issued in paperback as World Trust. Despite Johns immediately making a statement by recalling old team members Black Panther and the Falcon to give his Avengers greater diversity, the story drags, lacks a focus and isn’t helped by some very ordinary art from Kieron Dwyer. There’s no confusion about what’s happening, but there’s little imagination either, and the superheroes are very stiffly posed (sample art left).

Johns would go on to create some memorable Green Lantern stories in the company of Ivan Reis, and even very early in his career Reis impresses illustrating four chapters of a solo Vision story. He creates a new and admirably gruesome look for the Vision’s dematerialising, consisting of only the Vision’s outer layer, displaying the metal and tubing beneath. This isn’t the Vision as we know him. He’s more robotic and has reverted to basic programming as he searches for what will restore him to proper efficiency. Johns drags out the mystery, introduces an eccentric supporting cast, and comes up with a fine ending, but too much else amounts to good ideas that don’t gel. It’s available in paperback as Vision: Yesterday and Tomorrow.

The crossover chapters collected in Standoff are the best of the three longer stories despite really only featuring Captain America, Iron Man and Thor. Thor and other Asgardians answer the prayers of an Eastern European woman living in a dictatorship, tolerated by the world as it borders Latveria, run by Doctor Doom, and no-one wants to provoke him. Thor, however, has power enough not to concern himself with Earthly diplomacy, or the threat of Doom, so the question becomes whether anyone can stop him upsetting a delicate balance. The writers of Thor and Iron Man’s own titles at the time, respectively Dan Jurgens and Mike Grell, contribute to the plot, and the entire story is gorgeously drawn by Alan Davis (sample art right). He provides off the scale power when needed, yet also brings life to moments of diplomatic negotiation.

Overall the highspots are counteracted by the weaker material, and this may disappoint anyone expecting Johns’ writing to have the twists and depth of his subsequent DC triumphs.