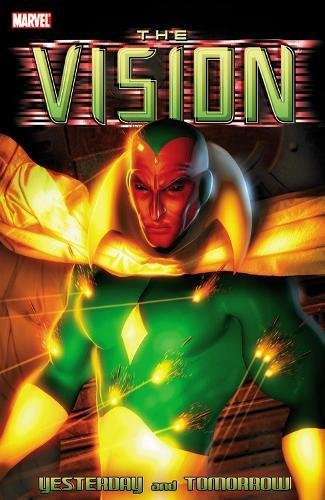 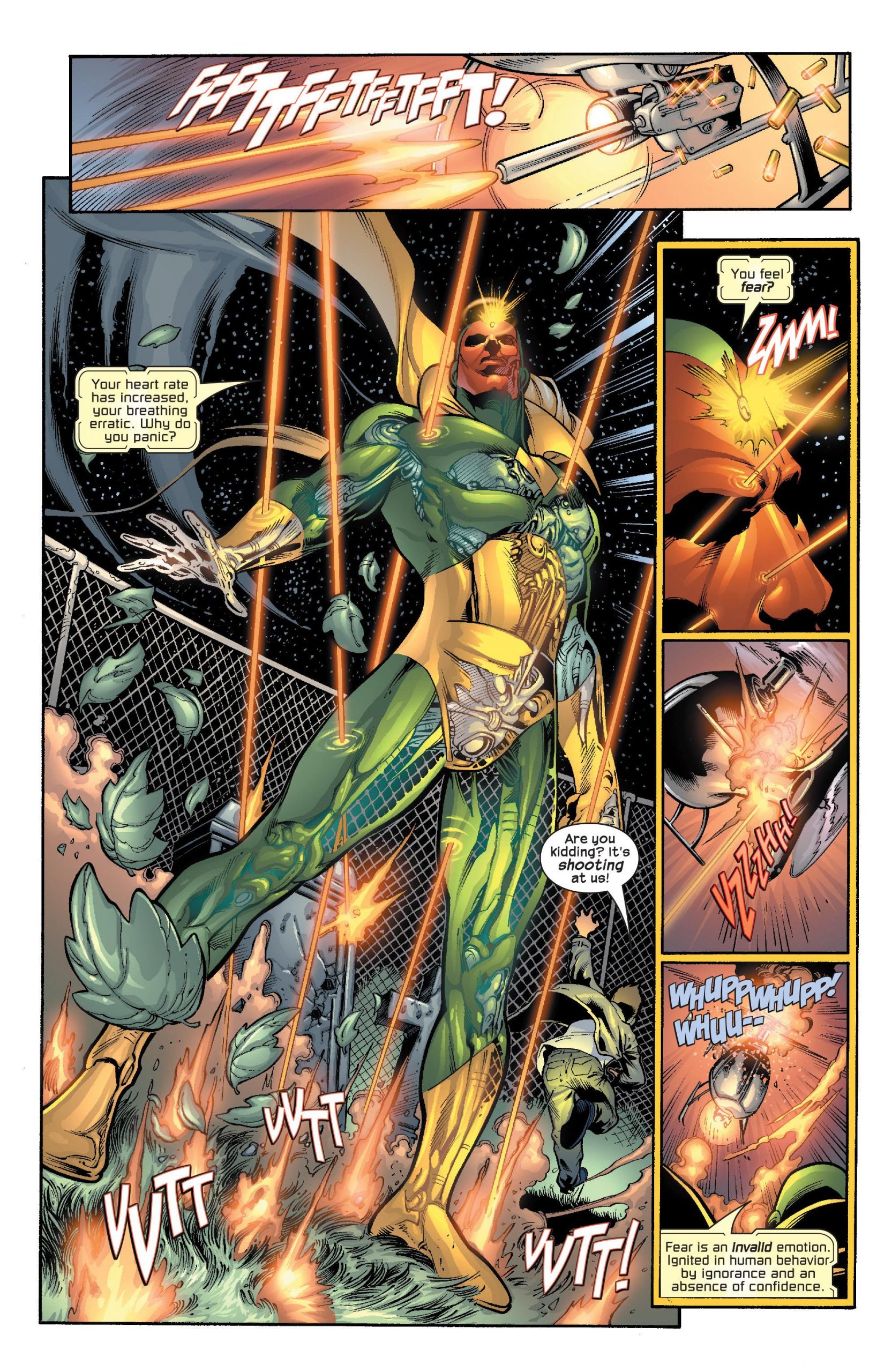 It may surprise to learn that the last writer to have a try at a Vision solo series before Tom King’s award-winning 2016 reboot was Geoff Johns. He takes his opening from Steve Englehart’s 1970s continuity implant connecting the modern Vision to the original android hero, the Human Torch of the 1940s. As per that origin story, the Human Torch was the creation of one Professor Horton, but Geoff Johns has Horton preparing a prototype for the 1939 World’s Fair in New York, one who didn’t function as well as planned. Over an opening chapter the mystery becomes how that might be tied into the Vision, or at least someone who looks like him, appearing at the now long derelict World’s Fair site.

When producing Yesterday and Tomorrow in 2002, Johns had the teenage Derek, through whose eyes the story is told, using up to the minute messaging technology, the result being that the bulky computer screen and early electronic contact has dated considerably. Because the technology associated with the Vision isn’t dependent on accuracy, it looks better, particularly given the creepy new look Ivan Reis designs for the Vision. Instead of becoming completely transparent when he dematerialises, this Vision’s outer layer becomes transparent, revealing an approximation of human innards using tubes and gears. It’s disturbing, but we should expect no less from artist who signs his own name on a tombstone.

Reis holds his end up, creating detailed pages with creatively composed panels, but Johns’ story never really catches fire. The young Derek accompanying the Vision is a method of posing the readers’ questions, and the menace ties into the Vision’s creation at the end of the 1930s and an intelligence that controls machines. It’s all well and good, except variations on that plot have been seen before in comics, leaving the neatest aspect the solution and where it comes from. Reis sure can create the spectacle, though.

Originally issued as a graphic novel in 2005, the Vision’s appearance in an Avengers film prompted a 2015 reissue, and it was subsequently included in The Avengers by Geoff Johns: The Complete Collection 1.

There is bonus content. It’s the Vision’s 1969 introduction by Roy Thomas and John Buscema. It still stands up reasonably well, even shorn of the mystery surrounding what was then a new character and whether he could be trusted, and Buscema’s art is a treat.