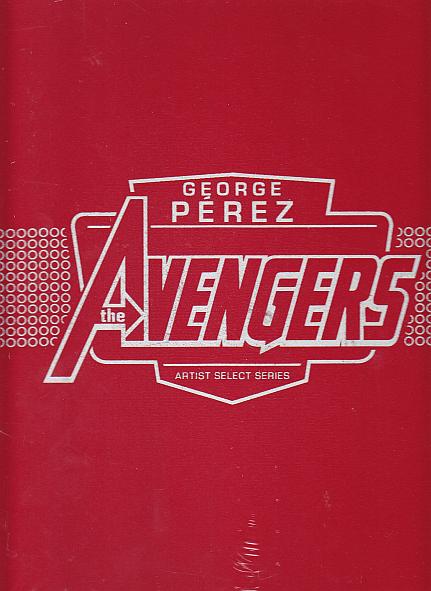 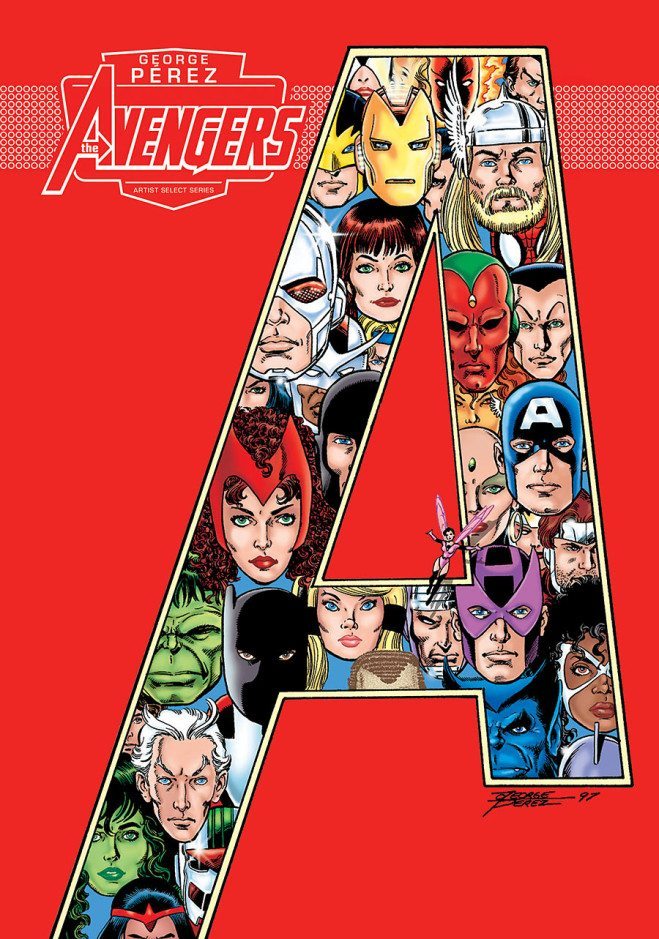 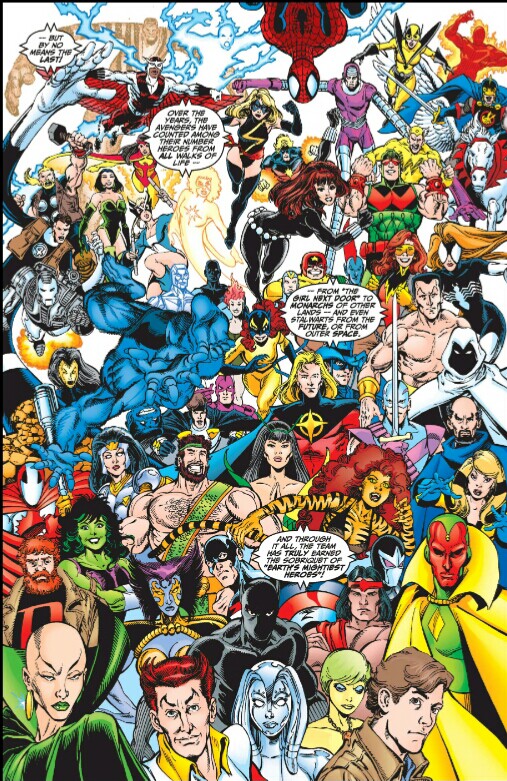 No artist, not even John Buscema or Jack Kirby, is as associated with The Avengers as George Pérez. Where many artists dislike working on team books, finding it difficult to draw lots of costumed characters, Pérez revels in them, making him a perfect Avengers artist. Almost from his first issue in 1975 to his last in 2000 (if one doesn’t count JLA/Avengers), Pérez was a fan favourite on the title, albeit that he spent most of the 1980s and 1990s doing other work. He is therefore an obvious choice for IDW’s Marvel Artist Select series, which has previously showcased the work of Sal Buscema and Herb Trimpe on Incredible Hulk.

In a very real sense, a review is pointless. Anyone contemplating this expensive, glossy, large-format, hardcover, slipcased signed and numbered limited edition has probably already got it, and anyone who hasn’t but is thinking about it is not likely to be swayed.

IDW’s publicity boasts that these issues have never been collected together before, but so what? Obviously, story is wholly irrelevant, and all issues featured have been reprinted in other collections, often multiple times. This is a showcase for Pérez, not for the writers, and Pérez himself has curated the selection.

The first choice is a 1976 three-parter by Steve Englehart featuring the Squadron Supreme and Kang. This makes sense for sentimental reasons as the first contribution Pérez made to Avengers. Unfortunately it’s not very good. He hasn’t quite mastered figurework, and little distinguishes his pages from that of any number of Marvel artists of the 1970s. The first issue is particularly poor, with strange panel arrangements that do Pérez no favours, though he  improves over the rest of the story.

If those pages did not set the comics world alight, it must be conceded that Pérez became a lot better very quickly. By the time of the next issue included here, a 1977 Jim Shooter story featuring the Grim Reaper, many of the features for which Pérez became famous – highly detailed backgrounds, good figurework – are in place.

In his first period of Avengers, up to 1980, Pérez was somewhat at the mercy of his inkers – the worst examples aren’t included amongst the other six issues here, though Pablo Marcos doesn’t serve Pérez all that well. But when paired with a good inker, such as Josef Rubinstein or Gene Day, both of whom are featured here, the results could be spectacular.

Pérez spent the 1980s working at DC, on Justice League of America, Teen Titans and Wonder Woman, and the 1990s not doing much at all of significance, but in 1998 he returned to a relaunched Avengers, working with Kurt Busiek, and six issues are included here. All particularly illustrate his talents, being the three-part relaunch story that features everyone who had ever been an Avenger up to that point, a two-part thirty-fifth anniversary story that looks back over a lot of Avengers history (see sample image), and a fight/team-up with the Thunderbolts. By now, Pérez is evidently providing much more detailed pencils, and he is less vulnerable to inkers – though Al Vey does a good job. This is the best work in this collection. The volume is rounded out by an interview with the man himself.

As noted, this is for collectors/Pérez fans only. If you want a cheaper way to sample his first Avengers run, with some overlaps with this, try Avengers Visionaries: George Pérez. Also, note that there’s a production mistake in duplicating one page, so the missing page is provided as an insert.