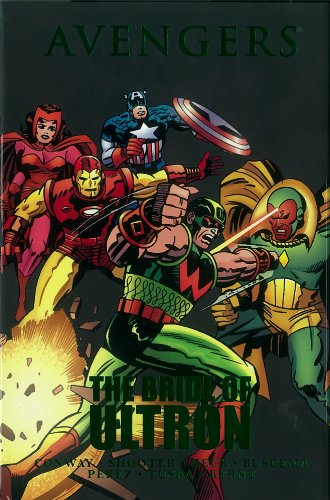 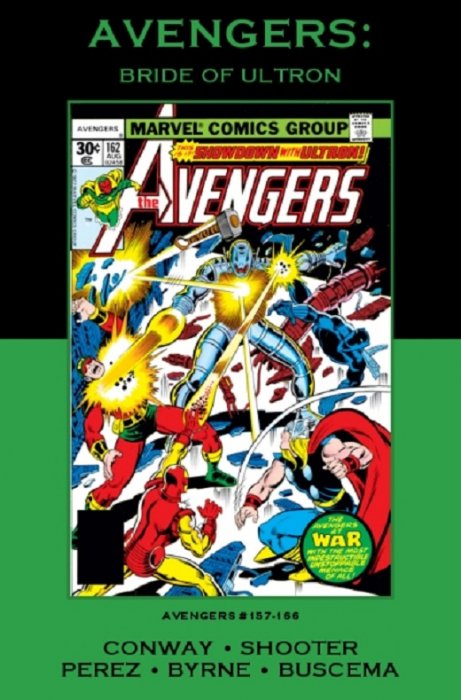 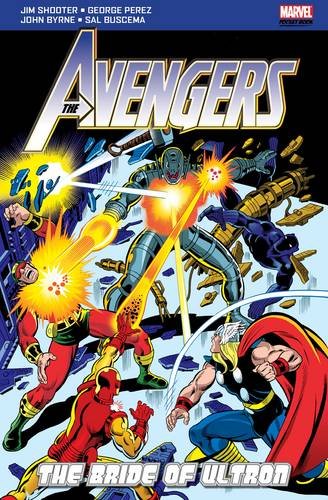 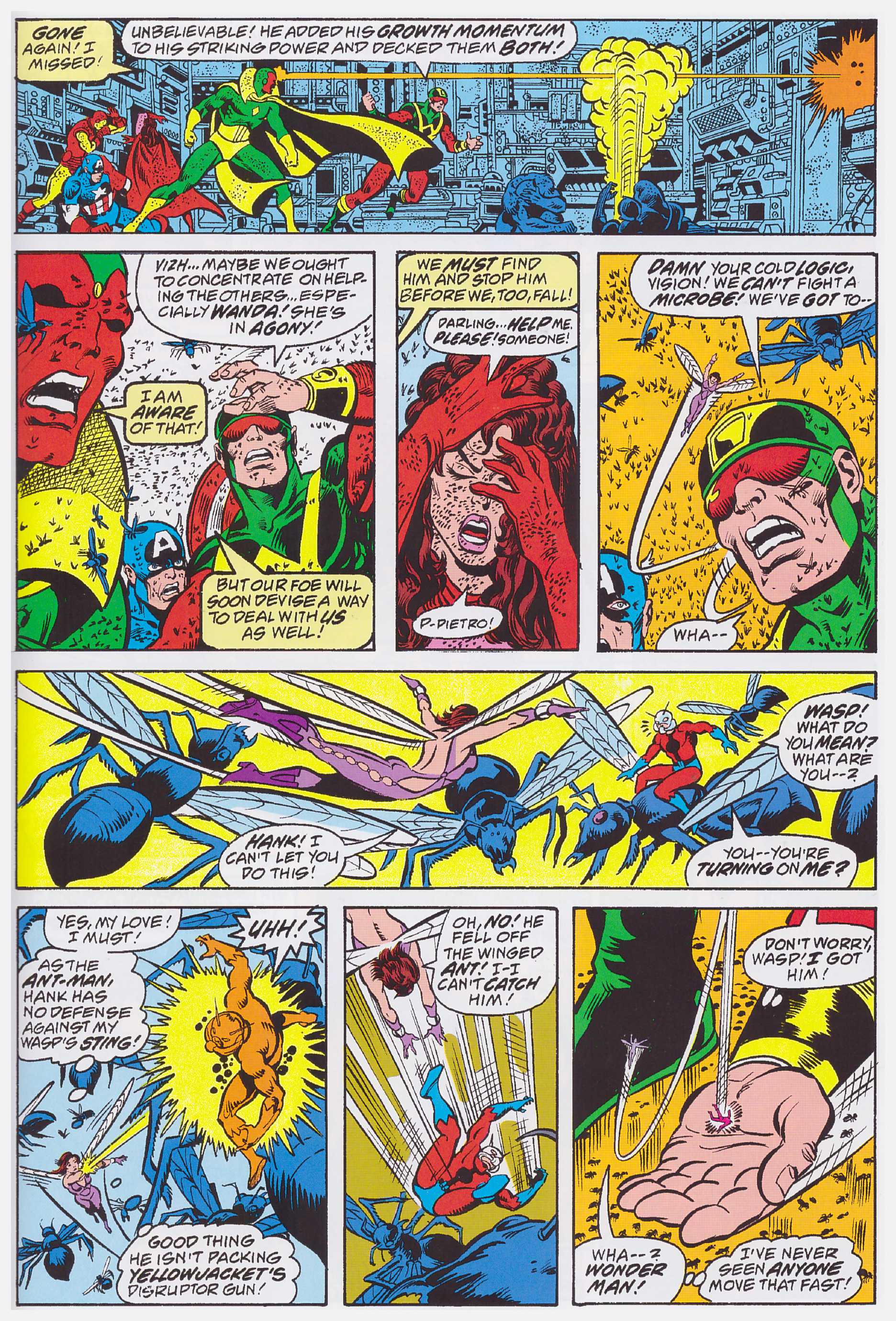 This collection of ten consecutive issues of the Avengers from 1977 is a strange beast. It falls between the end of Steve Englehart’s acclaimed run and gathers most of Jim Shooter’s writing for the title prior to his most acclaimed work. The Korvac Saga follows directly, but this is a strange mixture of the excellent and the lacklustre.

There’s even less artistic cohesion with a Jack Kirby cover on material where there’s little resembling his all-action compositions. The nearest in tone is Sal Buscema, but his style is far more illustrative. George Tuska can be seen as a precursor to many contemporary superhero and action artists, prioritising the foreground figures, pencilling only the barest necessary backgrounds, and filling his panels with close-ups and motion lines. It’s unattractive. John Byrne’s graphic style works much in the same manner, but there’s a greater dynamism, and the willingness to include variation by factoring in some more detailed panels. Those are meat and potatoes for George Pérez (featured art), who’s approaching his 1970s prime. The book opens, though, with Don Heck’s final work on the title he inherited from Kirby in 1965. His pages have the look of a man glad to see the back of the Avengers, and are matched by Gerry Conway’s script.

If there’s a core character to this run of stories it’s Wonder Man, whom Shooter ties into every story he writes here bar his opening effort. At the time Simon Williams had recently been revived from a decade long coma to rejoin the Avengers. It led to a complex set of personal relationships as his brain patterns provided the basis for Ultron creating the Vision, and Ultron, himself the creation of Hank Pym, attempts to manufacture a robotic wife using the personality of Pym’s wife, the Wasp. A further complication is the arrival of Williams’ brother, who’s long plagued the Avengers as the Grim Reaper, and the technology used to create Wonder Man was also later responsible for a villain then no longer calling himself Power Man. A refinement of the machinery leads to a more powerful Count Nefaria, who with goatee, moustache, dark hair and arrogant manner is far too similar to Graviton who appears earlier in the book.

The best material is that featuring the Grim Reaper and Ultron. It has a stronger emotional core, better subsidiary ideas and the benefit of Pérez thoroughly enjoying himself. Shooter hasn’t quite nailed his writing style for the Avengers, and there are some melodramatic thought balloons, but his plots work and drag the reader along. The three part finale drawn by Byrne also has some fun moments as Nefaria dupes a trio of old Avengers villains and Shooter conceives an epic method of beating him.

All but the three chapters of the Byrne story can also be found in volume 16 of Marvel Masterworks: The Avengers, or in cheaper format on pulp paper in black and white in Essential Avengers volume 7. The battle against Nefaria appears in the following collections.