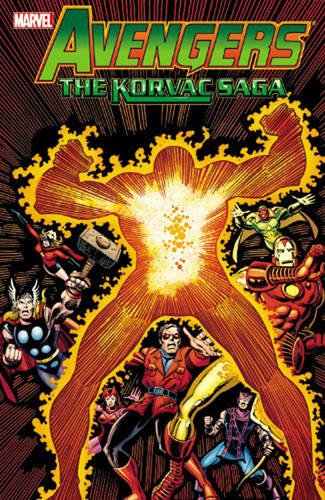 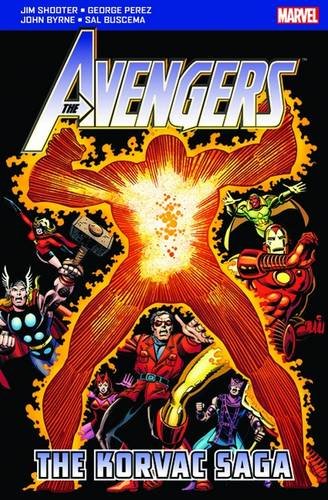 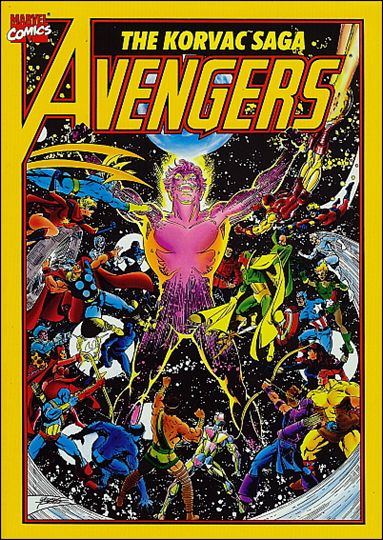 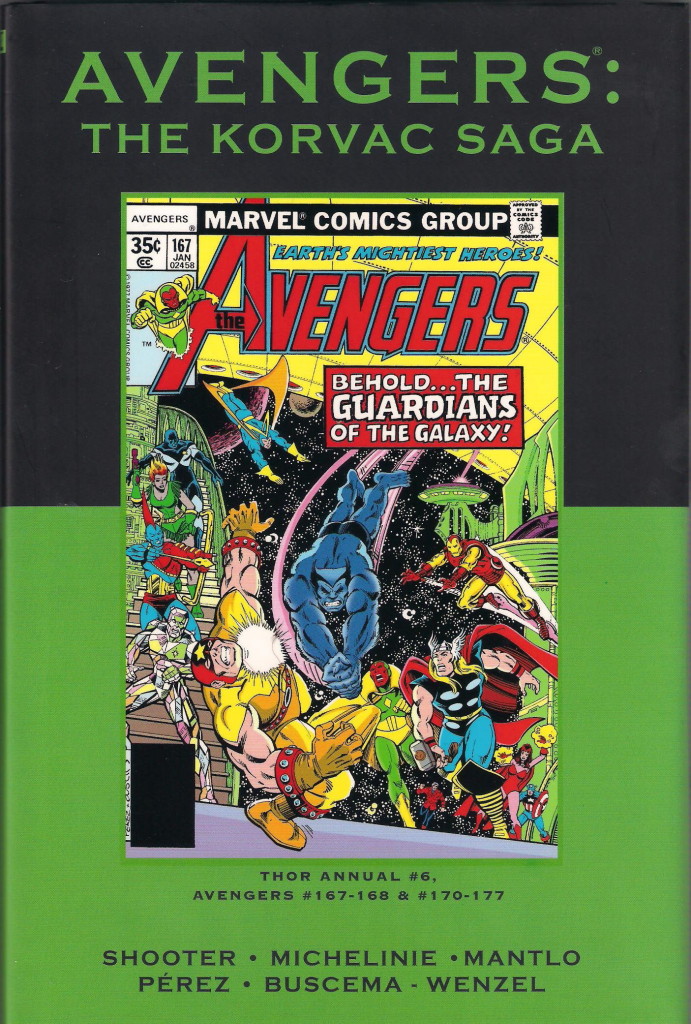 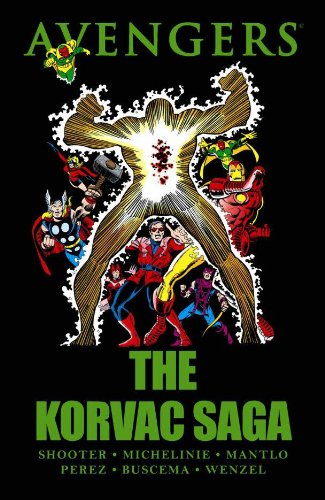 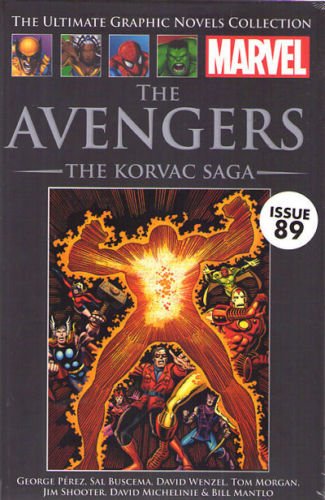 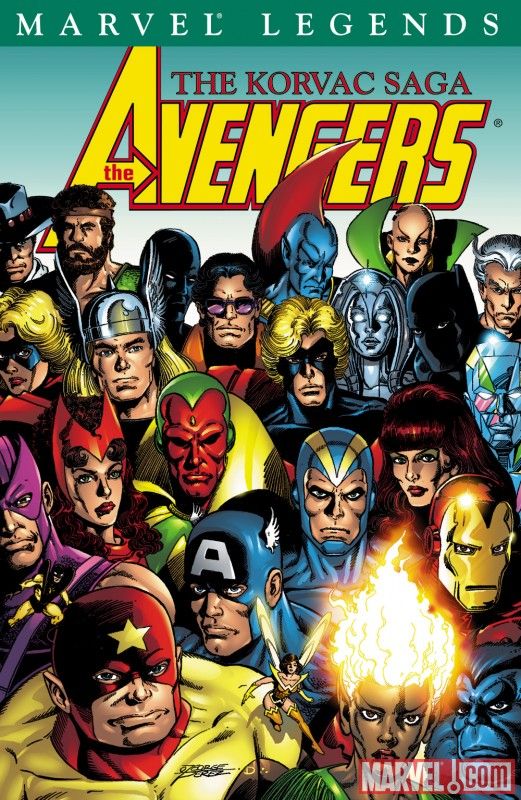 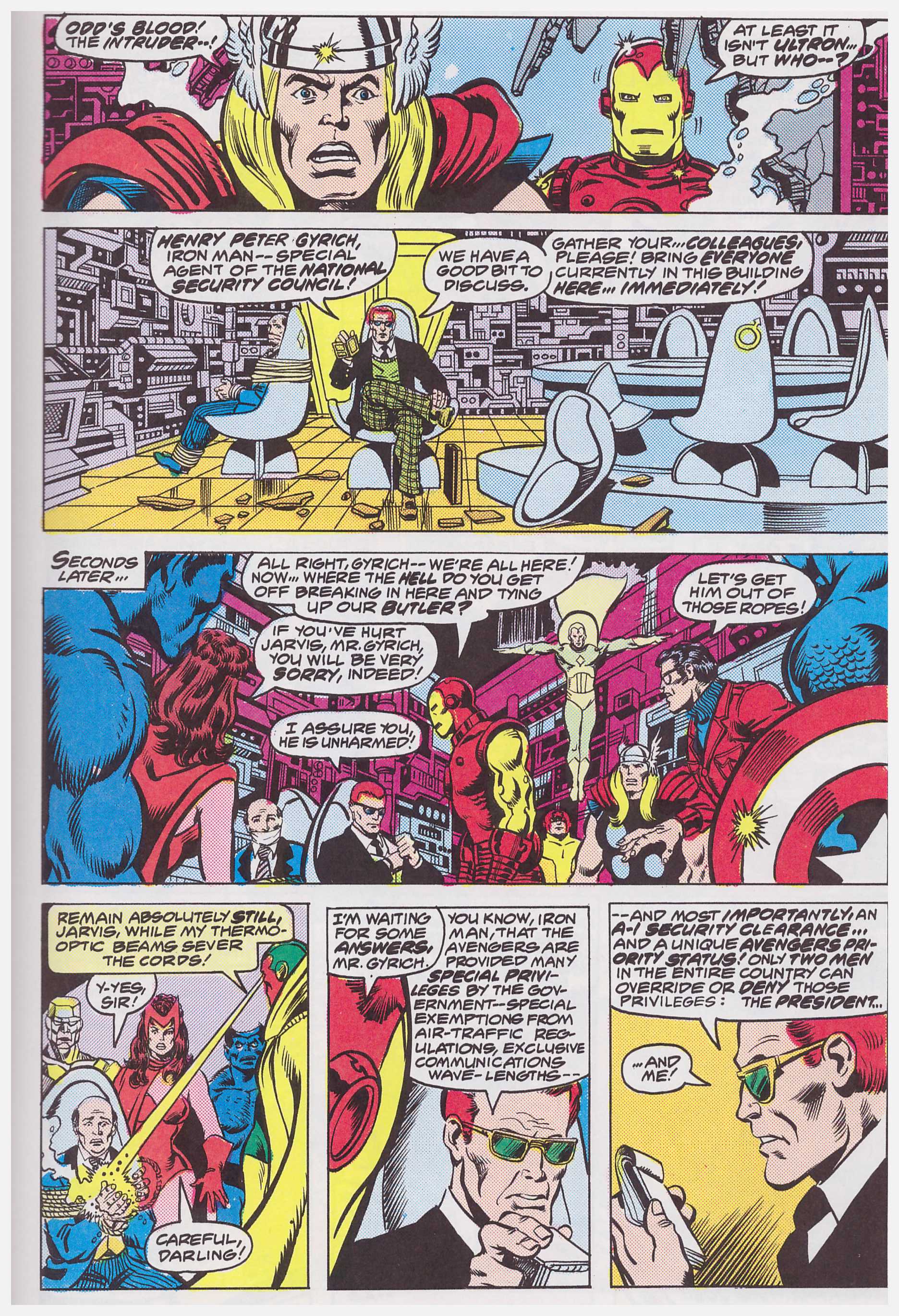 At the time of publication The Korvac Saga ambitiously attempted to weave a story over almost a year. The success can be benchmarked by the sheer number of editions the collected version has seen, as of 2016 two hardcover versions and at least four different paperback printings. It additionally forms the bulk of Guardians of the Galaxy: Tomorrow’s Avengers vol 2, and of the forthcoming Marvel Masterworks: The Avengers vol 17, and can also be located within Essential Avengers 8.

Why is it so loved? That would be down to an extremely well crafted plot with elements that remain genuinely surprising all these years later, even to those who’ve consumed their fair share of superhero graphic novels. As well as including every Avenger at that point not among the deceased, Jim Shooter created a viable new team member in Jocasta, and involved several peripheral characters such as the then popular Nighthawk and the 1970s Captain Marvel.

The story opens with a the arrival of an enormous space station blinking into existence in Earth’s orbit. The Avengers investigate, and while the occupants are kept concealed for a few pages, it’s hardly a spoiler to reveal they’re the Guardians of the Galaxy, who’ve jumped back in time from the 31st century in order to track down an escaped criminal from their era. This is Korvac, a combination of man and computer that Thor has previously fought in the company of the Guardians. It’s also pertinent that at the time individual Avengers are somehow disappearing, and the team is being slowly strangled in red tape by the overly officious attentions of US government security liaison Peter Gyrich. He’s threatening to withdraw their national security clearances.

Korvac has managed to embed himself in 20th century society beyond the ability of either the Avengers or the Guardians to track him, but Shooter rapidly reveals a truth that toys with our perceptions of superhero graphic novels.

Shooter’s plot wends its way around the houses slightly before returning the focus to the main threat, involving several of the Avengers’ major foes, including Ultron, and the Collector, here for the first time given a coherent purpose for his accumulating passion. Shooter handles the vast superhero ensemble extremely professionally, giving most a moment in the spotlight amid some novel character touches, and the way the finale is set-up early on is one bravura piece of plotting. Bill Mantlo and David Michelinie script some chapters over Shooter’s plot, but none of the writers relies on thought balloons or expository dialogue so in vogue at the time, which ensures a 21st century freshness.

With all that going for it, why isn’t this a five star review? That’s down to the art. George Pérez opens proceedings, approaching his late 1970s pomp and relishing the opportunity to pack so many characters into a single epic. He manages four chapters before handing over to the perfectly competent Sal Buscema, whose layouts are good without approaching the detail or enthusiasm of Pérez. It’s the then inexperienced Dave Wenzel on the final four chapters that drags the story down. Later work when he’d refined his style was excellent, but in 1978 he lacked the capacity to tell a story with such a large cast effectively, and there are problems with depth and some very wild eyed characters. It’s a great shame.

For the original graphic novel publication in 1991 Mark Gruenwald added a florid four page postscript hammering home explanations, and that’s survived in subsequent reprintings (although is missing from the Legends edition). It can be ignored. 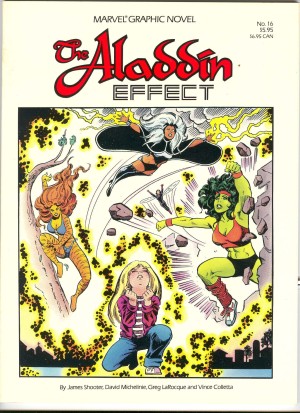