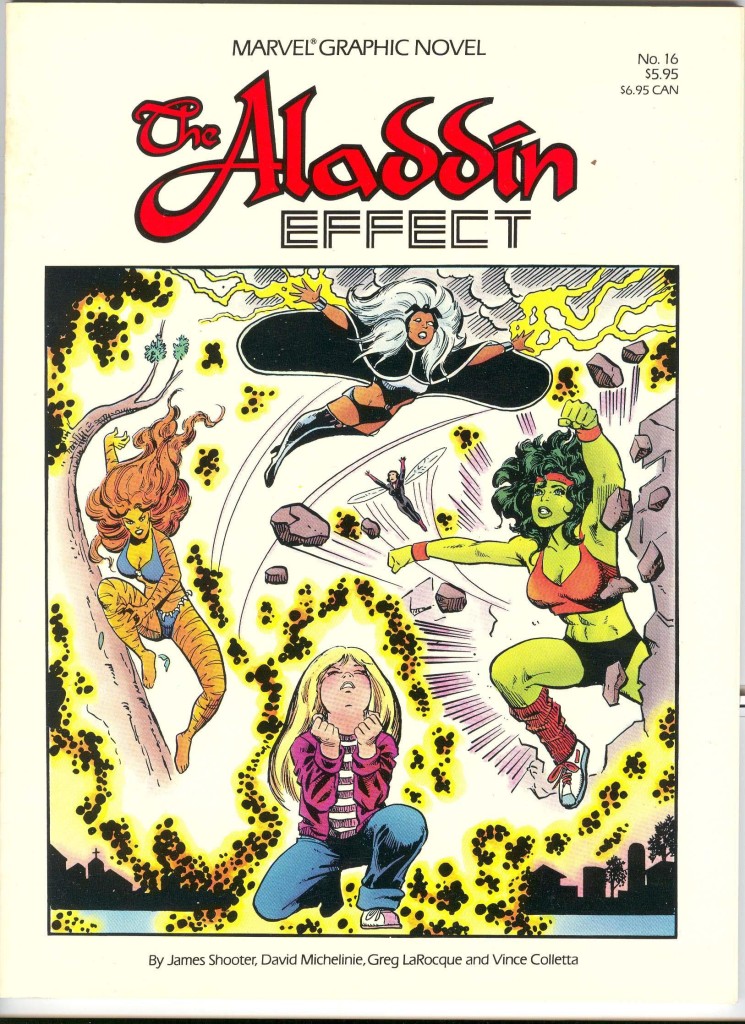 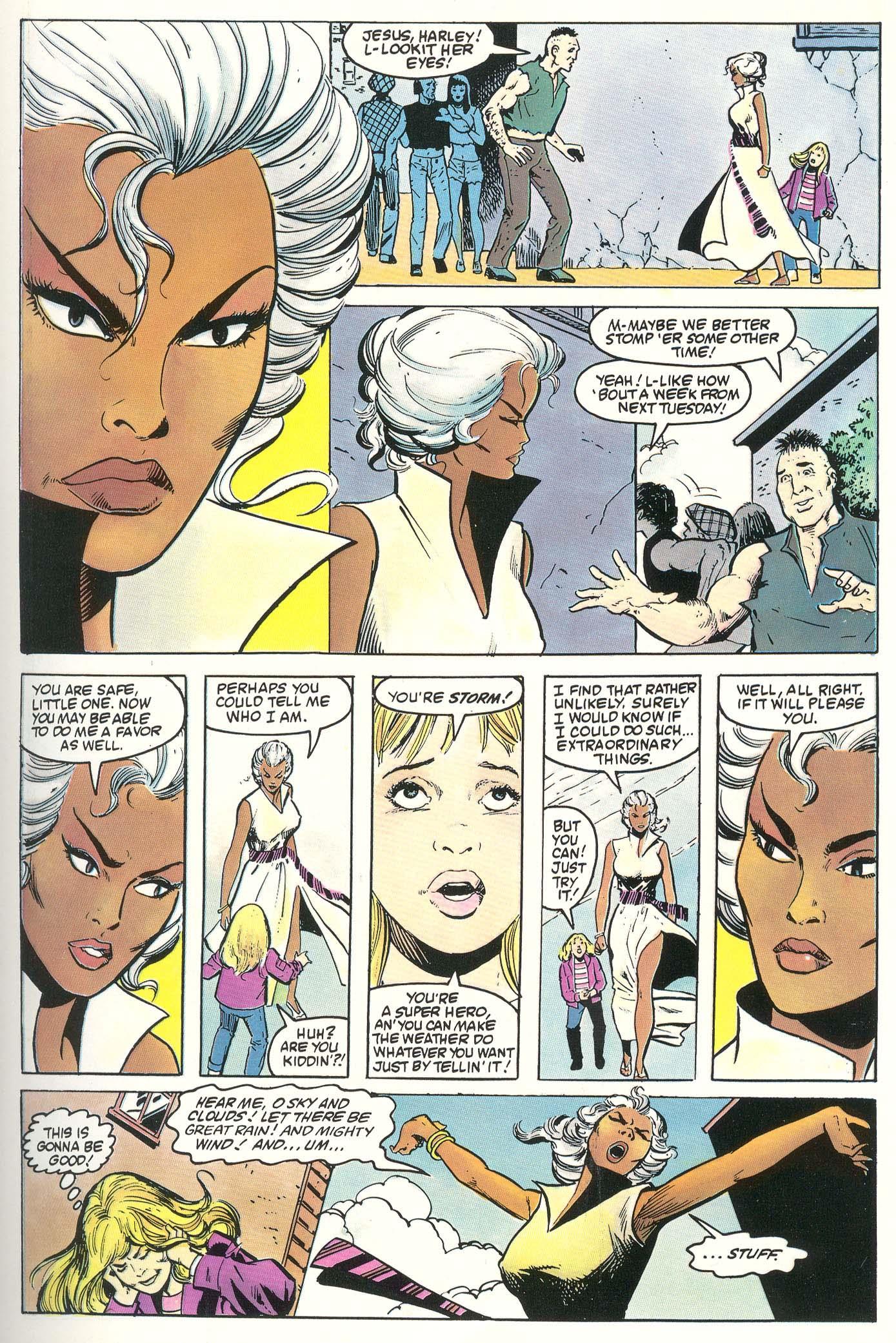 The Aladdin Effect begins with an intriguing idea, that it’s no longer possible to reach the Wyoming town of Venture Ridge. Whenever anyone attempts to travel there, by foot or vehicle, they inexplicably end up somewhere else. Venture Ridge, though, still exists, just isolated from the outside world, surrounded by an invisible and impenetrable force field. Within, over just two months, society has disintegrated, and starvation has become a real possibility.

The Sheriff’s young daughter Holly-Ann dreams of being a superheroine, her role models being She-Hulk, Storm, Tigra and the Wasp. Just when it seems matters can’t deteriorate further for Venture Ridge, an immensely powerful being manifests with demands. Just as well that Storm’s turned up in town, then.

That this graphic novel is free from the strictures of the Comic Code Authority meant more adult themes could be incorporated into what becomes a Marvel superhero story, but distressingly time and again this manifests as threats toward and assaults on women. As some women lacking memory realise who they are there is appropriate payback, but the repetition is unfortunate in a graphic novel that would otherwise have the empowerment of women as a theme.

Then Marvel editor in chief Jim Shooter plotted the story, which is broken down and scripted by David Micheline. Between them, they provide a viable reason for everything that occurs in Venture Ridge, appropriate foes and some interesting diversions like the brief illumination of how self-interest is prioritised in town politics. While some of Michelinie’s dialogue is straight from the Big Book of Cliché, other aspects belie this, with a spirited ending turning the usual superhero saves the day conclusion on its head.

What drags the book down is the dull artwork. Greg LaRocque produces viable layouts, and within reason his female figures aren’t exaggerated or over-endowed, but he lacks any facility for dynamism. Page after page is dull and ordinary, all sparkle absent, and the inking of Vince Colletta can’t have helped in this respect.

It’s probable that some of what’s portrayed here was relatively innovative, but times have moved on, and there’s an expectation of greater sophistication even with superhero comics. The Aladdin Effect remains stranded in 1985.