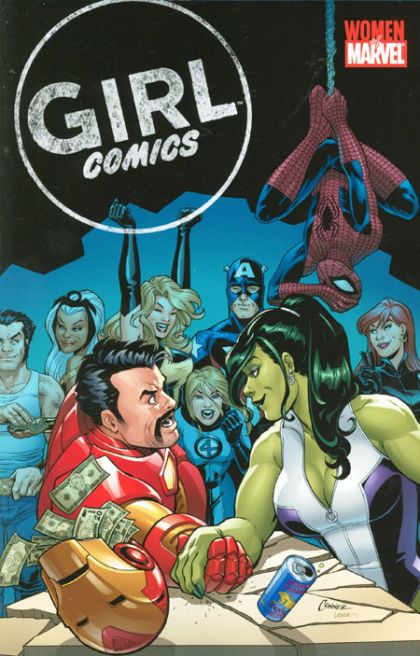 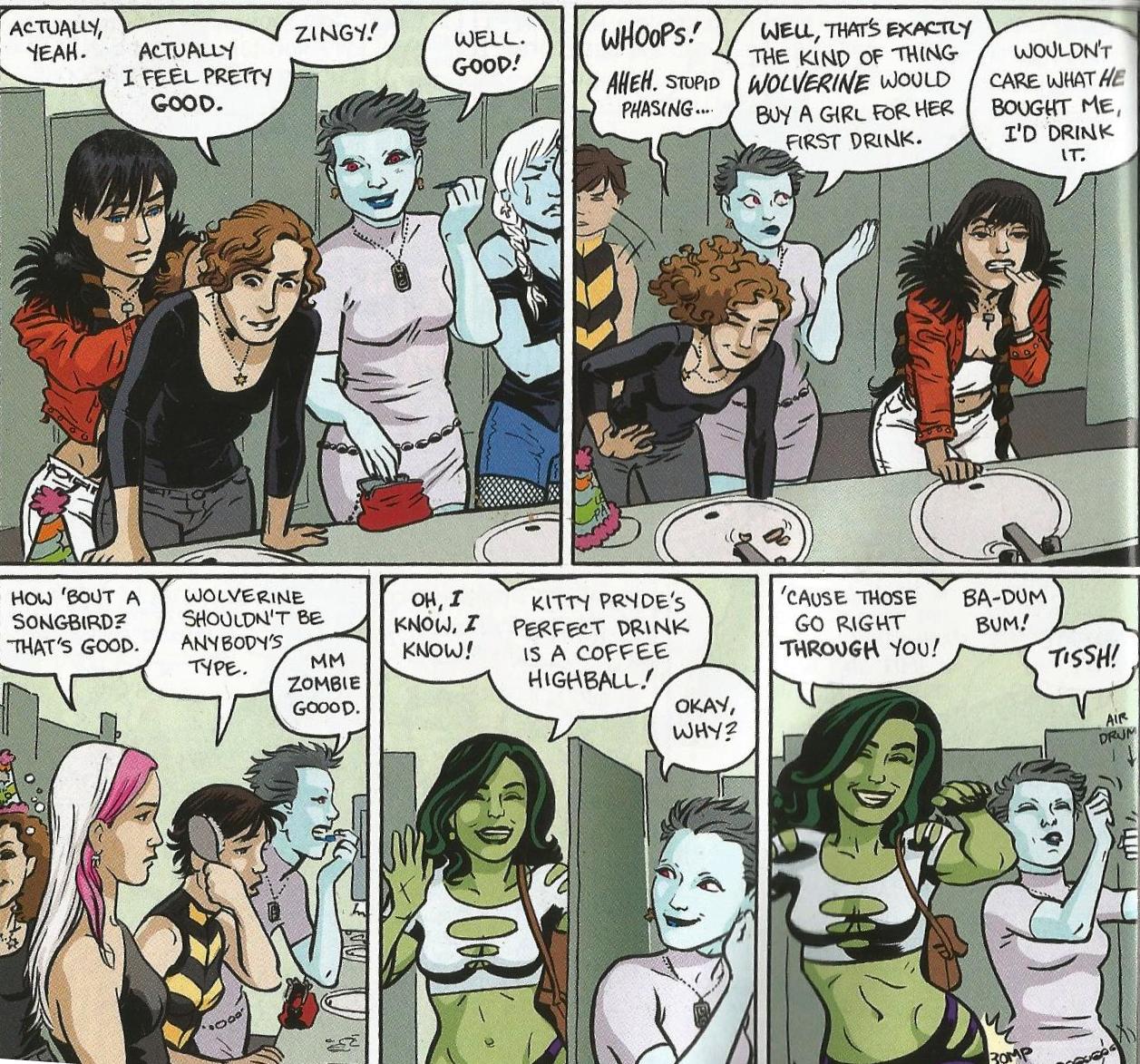 Oh, this is a tricky one. Because ultimately there’s always the tiresome assumption that criticism of any ‘niche’ project implies a prejudice against the minority in question, rather than the simple statement that… it’s not very good.

In 2010, for some reason, Marvel decided that it would be “The Year Of The Woman”. Setting aside the sexist attitude carried by the title (this year is for the women, sure, but every other year, they can just go back to the kitchen and let the men run things…), even assuming good intentions, they approached it in a half-arsed manner. Their contribution was a bunch of one-shots featuring second-string heroines, (Namora, Sif, Rescue, Spitfire… Lady Deadpool? Seriously?) and low-impact out-of-continuity miniseries such as the bizarre and inexplicable Her-Oes. No headline characters, no tie-ins with the rest of Marvel’s output, just published in purdah.

And there was Girl Comics, where every creative role, from editing through to colouring and lettering, was filled by a woman. It might have been understandable, even admirable, in the 1970’s (which is the decade most humans agreed woman is the correct term for an adult female…), but which is dated and misplaced in the 21st Century. Equality is not achieved by creating the new ghettoes which ‘wimmin-only spaces’ equate to. The segregation silently acquiesces with the outmoded societal perception that women cannot function unless they are sequestered, that equality is somehow predicated on special privileges or special protection, a position which ultimately does women, and everyone,  a disservice.

However, that’s more context and polemic than you were probably braced for. What’s the book actually like?

Mixed, obviously. Any anthology contains contributions that appeal less or more to a given individual reader, and this is more up and down than most, as many of the contributor’s styles are way out of the mainstream. Stephanie Buscema’s “What-If-Darwyn-Cooke-were-really-really-drunk?” ‘art’ is the most egregious, but there’s some folks almost down there with her.

High points include a very satisfying Punisher short by Valerie D’Orasio and Nikki Cook; the charming Inhumans vignette, ‘Dogged Pursuit’, by Jill Thompson; a clever reworking of the D-list heroine Shamrock, now retired and running a metahuman hair salon, by Kathryn Immonen and Colleen Coover; the disturbing ‘Rondeau’, by Christine Boylan and Cynthia Martin, in which Doctor Strange is confronted by a woman who – like so many in his past – straddles the line between acolyte, enemy, and lover; and Carla Speed McNeil’s ‘Mixology’, wherein Kitty Pryde turns 21 and has her first alcoholic drink at a super-hero bar. Variously clever, funny, thrilling, inventive, these are all stories one would have been happy with anywhere in the Marvel Universe. Too many of the others are just protracted jokes, experimental pieces done by people who have little apparent understanding of the characters, or flat-out weird and boring. Trina Robbin’s Venus story is lightweight fun, yet is impeded firstly by duplicating a plot already seen in the Marvel Valentine Special, and the aforementioned Buscema illustrative eyesore.

The comic-strip introductions to the original issues, by Colleen Coover remain delightful; and the text pieces about earlier female Marvel contributors – Flo Steinberg, Tarpe Mills, Ruth Atkinson, Marie Severin, Valerie Barclay, Linda Fite, etc – are informative, but – where’s a She-Hulk story? A Black Widow tale? An Elektra adventure? Amanda Conner only provides the covers; Ramona Fradon and Colleen Doran are restricted to (not very impressive) pin-ups. Where are the major female characters, or more of the major female creators? What’s the ‘why’ for this book to exist at all?

A failed experiment, out of its time.