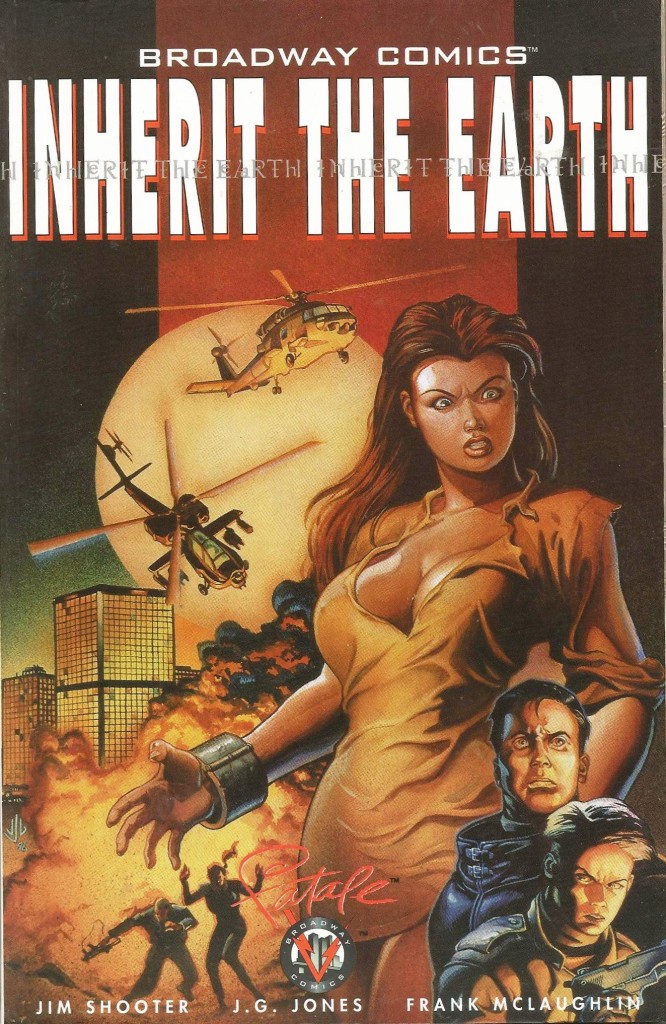 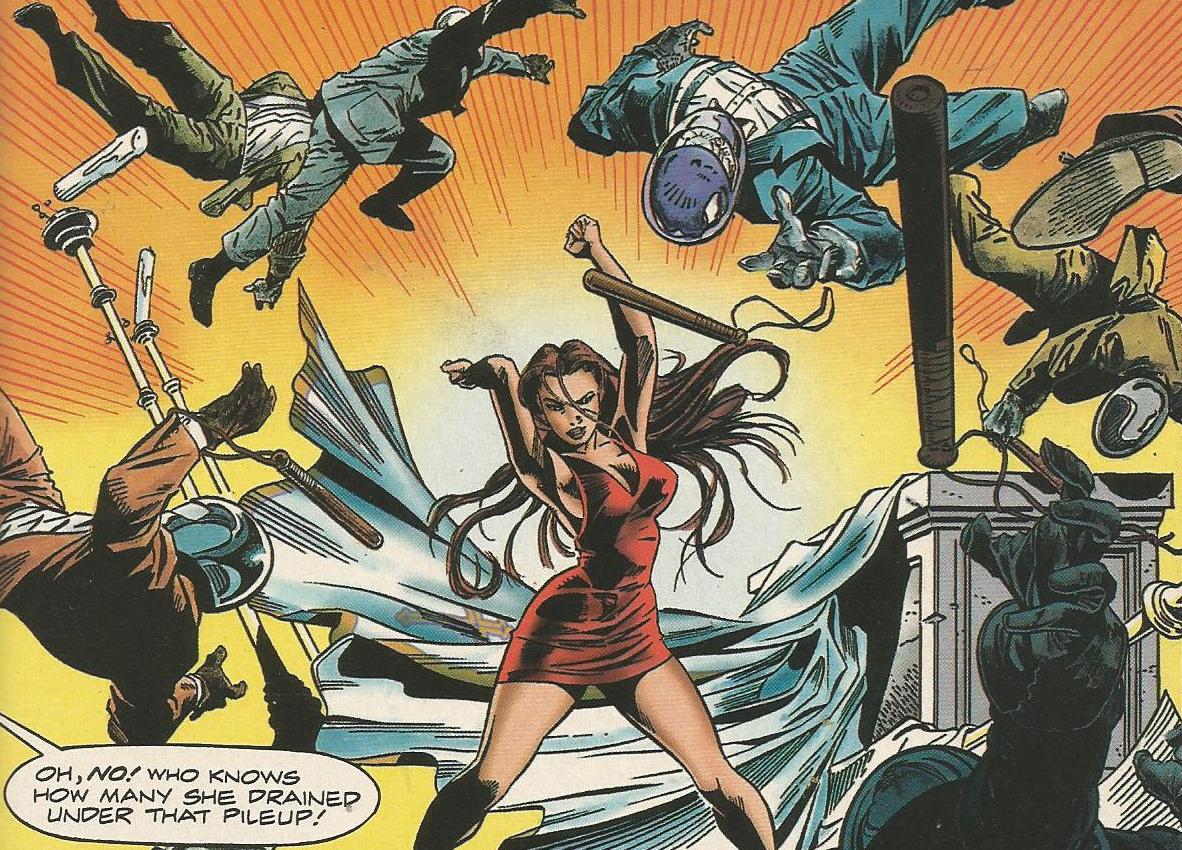 This paperback leads with an appropriately pulpy cover for a tale starring Fatale, the skill-siphoning heroine of the unfortunately short-lived Broadway Comics line. Appearing in Powers That Be and Shadow State, as well as her own eponymous series, Fatale was intended as a figurehead for the company to cash in on the then-current craze for ‘Bad Girl’ comics – usually stories of ‘rogue’ empowered women going on some rampage or another, illustrated by gentlemen who had, from the visual evidence presented, never seen an actual naked lady in their lives. Sadly, this may have worked against Fatale, as her series had considerably more merit than the ‘Bad Girl’ tag usually implies.

Our heroine, aka Desiree Hopewell, is an escapee from a genetic institute, where she was being held for deployment in a secret agenda, and is in mid-flight when we first meet her, being pursued by the inevitable gang of paramilitary thugs – and their female commander, who has a personal grudge against her. Desiree’s plight and her power set are briskly spelt out for the new reader; skin-to-skin contact gives her physical strength, but more prolonged and intimate contact (usually kissing) confers skills, knowledge, even personal memories, depending on the depth and duration of touch. Far from being the usual Rambo-with-boobs bad girl, however, Desiree is presented as being a conflicted (but not tortured) individual, self-contradictory but multi-faceted. Co-creator Jim Shooter attributed this to half of the writing team being female – Broadway’s series were usually group scripting efforts, akin to TV pitches.

Desiree’s anatomy, too, is far more realistically presented than the usual caricature of humanity. Yes, she’s got big boobs, but she’s got a big butt to match, and, more importantly, a waist big enough to admit the presence of an actual spine and even some internal organs. Dave Cockrum is the opening artist, but sadly ill-health precluded his drawing more than the first couple of chapters. The artistic heavy lifting thereafter is taken over by a fledgling J.G. Jones, not yet at his best. However, the strict ‘house-style’ art Shooter imposed on all his ‘brands’ (Valiant, Defiant and Broadway) means that the transition is much less jarring than one would expect. Nevertheless, the overall ‘gaze’ of the artist (and therefore the reader) does move from appreciative to voyeuristic as the tale progresses, making the observer a little uneasy.

While Desiree’s challenges – pursuit, escape, treachery, betrayal, avoiding the attentions of sundry chappies who may  have designs other than the obvious upon her – are not original, they’re presented in a fun, breezy manner. The story is a fast-paced, bracing read, with the potential, had the series continued, to have developed into something much better.