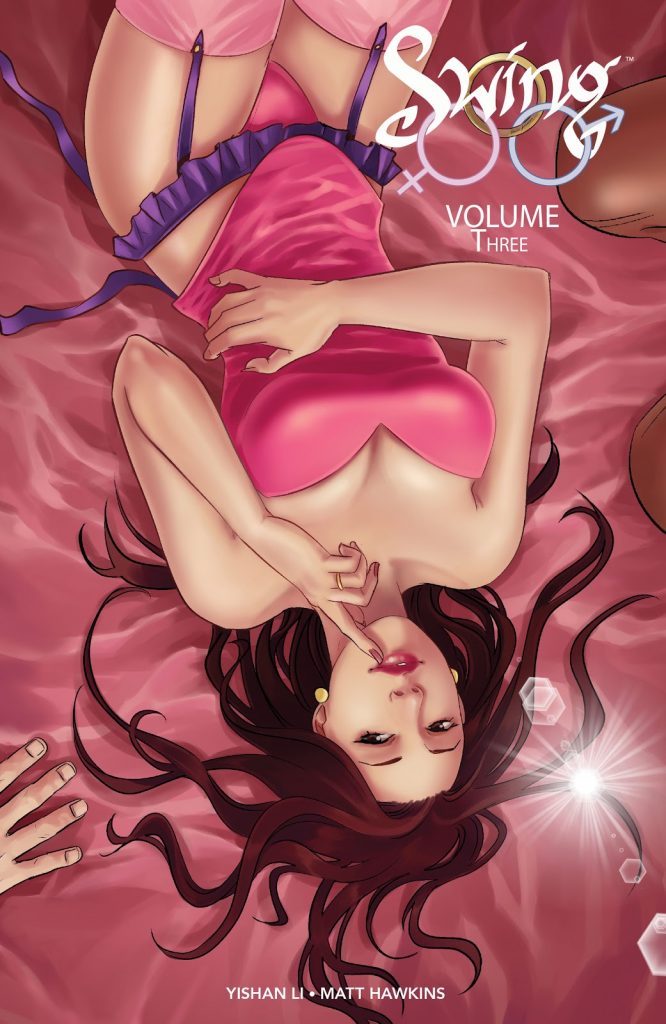 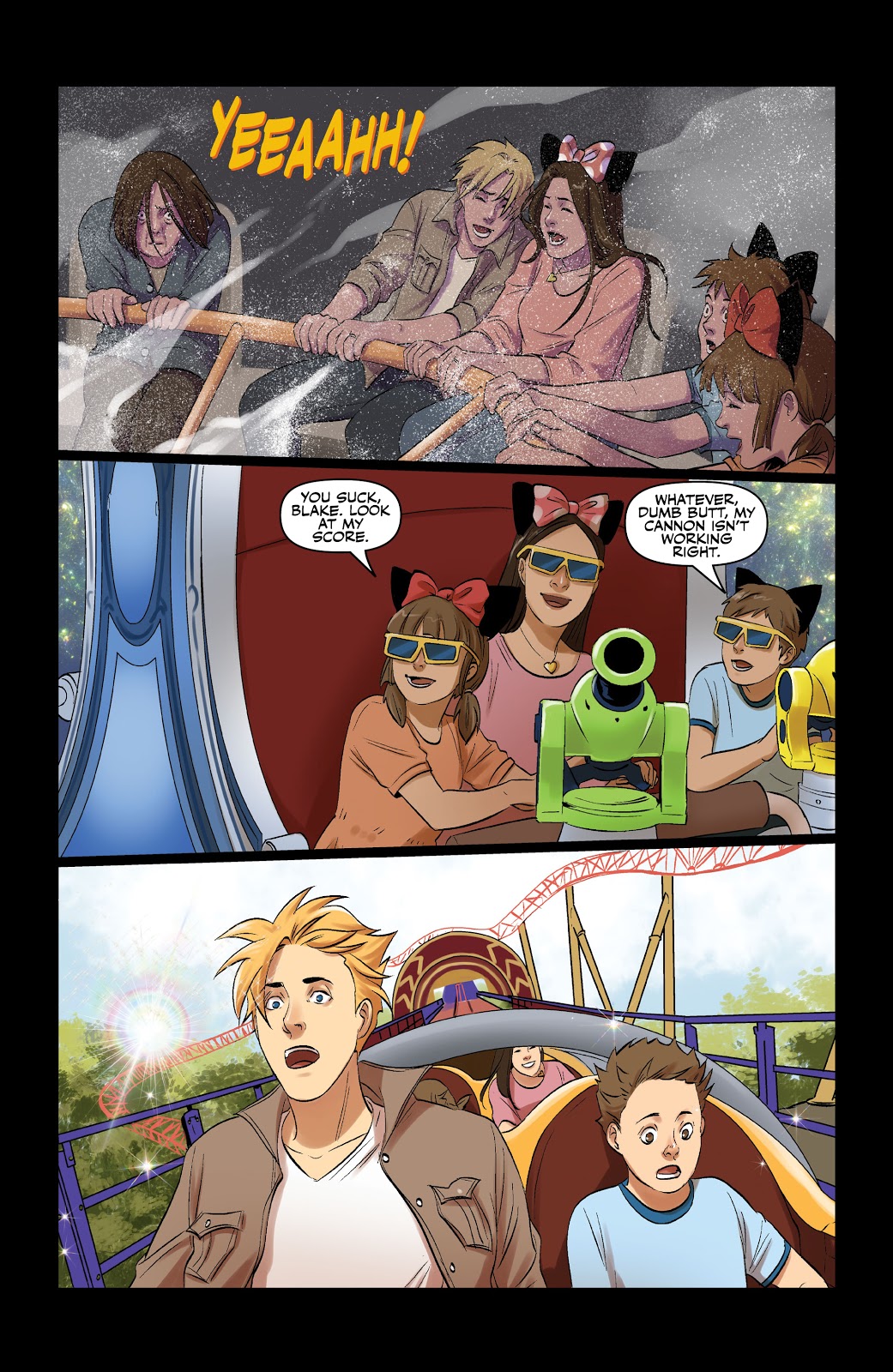 As illogical as it may sound, apparently some couples whose relationship is disintegrating experiment with a swinging lifestyle having sex with others in order to rekindle their feelings for each other. It rarely works out, so have Cathy and Dan’s problems run deeper than we previously thought? In the opening chapter much hinges on what Cathy decided not to tell Dan in Volume Two.

Matt Hawkins pulls Cathy and Dan all over the shop here in what’s an extremely episodic set of stories each chapter separated from the previous by a month or two. Changes come so thick and fast it’s as if Hawkins is deliberately compensating for taking too much time with the minor details in the first book. In terms of other content it’s much the same as before. We have another set of funny online conversations with prospective partners, another dip back into the fantasy game, this time with definite input from a Sunstone cast member, and plenty of hot sex scenes. The contrasting time spent with the family underlines we are reading about people with more than just fantasy lives.

The story content ends with a surprise to take us into Volume Four, one that’s well foreshadowed and set up. Don’t just ignore the end content either. Hawkins always has something interesting to say, and here skips over a broad spread of topics, some related to Swing, some not.