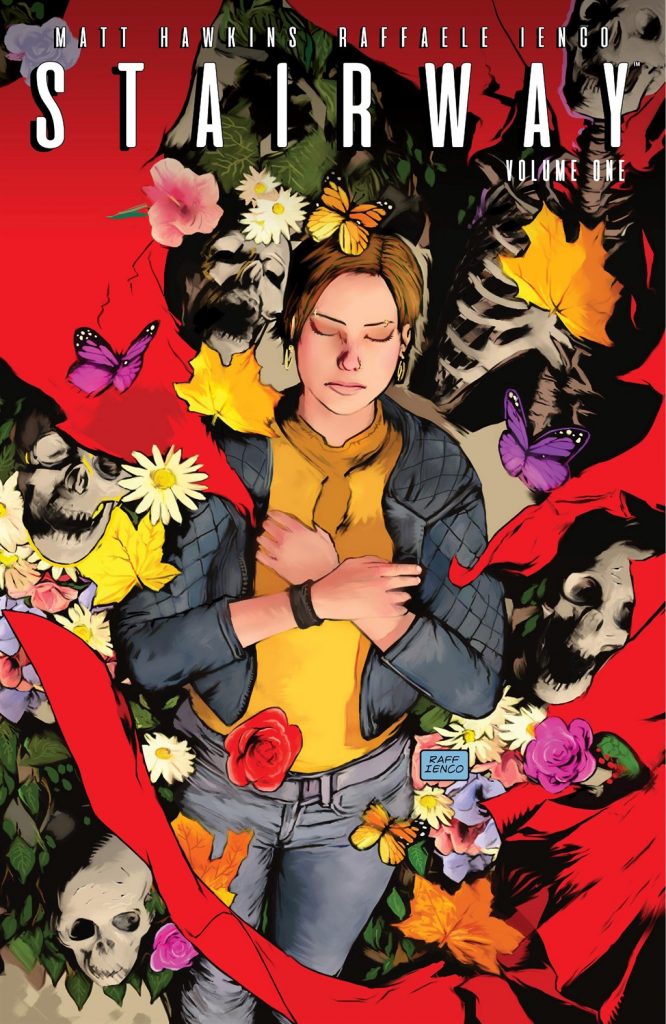 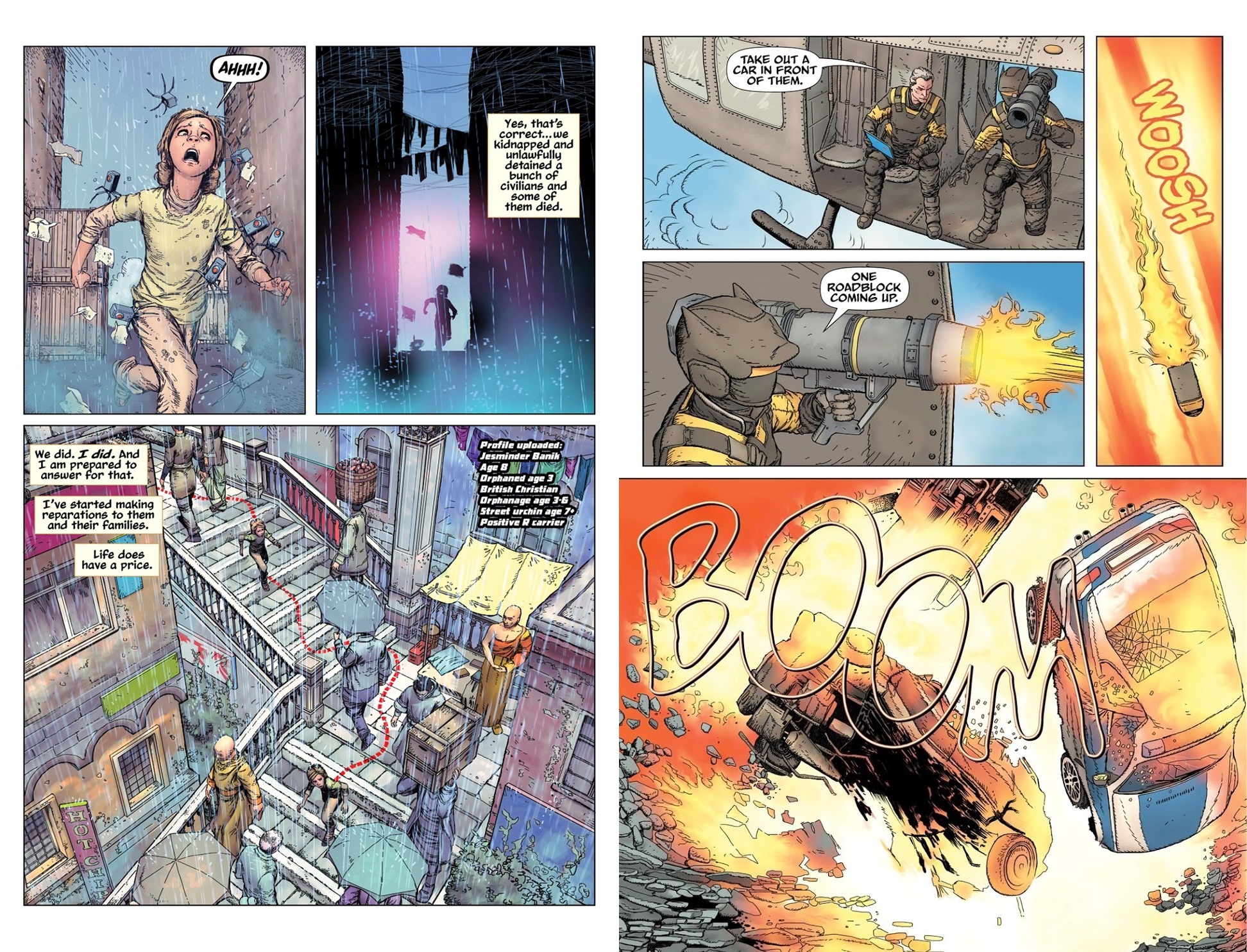 When Stairway begins with an opening statement from lead character Gregory Hopkins acknowledging that he may be remembered as worse than Hitler and Starlin combined, attention is successfully grabbed by the throat.

Matt Hawkins plots on a broad scale. A code has been deliberately hidden in humanity’s DNA, which in itself prompts all kinds of questions. It’s concealed in individuals, with the core elements easily located, but 66 segments required for the complete picture are extremely rare, and the US based research team  run by Hopkins have considerable resources and little concern for niceties such as individual freedom of choice when tracking them down.

As a rich and driven man, Hopkins is a memorable monster in a suit, and the behaviour of his team reflects his own single-minded personality. He knows he’s on the verge of something big, but doesn’t know what, and is prepared to continue in ignorance without concern for any possible consequences, casting himself in the role of mankind’s saviour. His world of the near future, however, is vastly different to ours, both climate change and a nuclear war taking their toll on the planet, and he views himself as a man with the strength to do what requires doing. His self-justifying testimony is presented with hindsight, and there’s a fascination in following him as he shreds one ethical boundary after another. Hopkins has manipulated Alicia Vander into helping on his project, and she’s the wildcard, a brilliant and dedicated research scientist who’s also receiving biblical visions.

In Rafaele Ienco Stairway has a first rank artist attached, with something of both Gary Frank and Frank Quitely about his pages, a delicacy and precision accompanying impressive layouts and great visual characterisation. When the action scenes and horror arrive, Ienco steps up a gear from his disciplined storytelling to really stun us with his visual imagination.

What Hawkins sets rolling, and the implications attached to it raise questions of humanity’s existence and that of a higher purpose, but while maintaining the taut drama of a good action thriller, Hawkins doesn’t step up to the plate to take Stairway to the next level. It’s written like a good TV drama, but one that’s budget conscious, and so while it covers the human aspects well and comes together logically, it never explains the bigger picture, and that limitation is artificial. Stairway is the story Hawkins chose to tell, and it’s very readable, but it could have been far more given the ideas introduced.

It should also be noted that the page count is padded by about a quarter via process material of greater or lesser interest, although with plenty of links for those who want to follow them, and a preview of the creative team’s proposed next project, Symmetry.